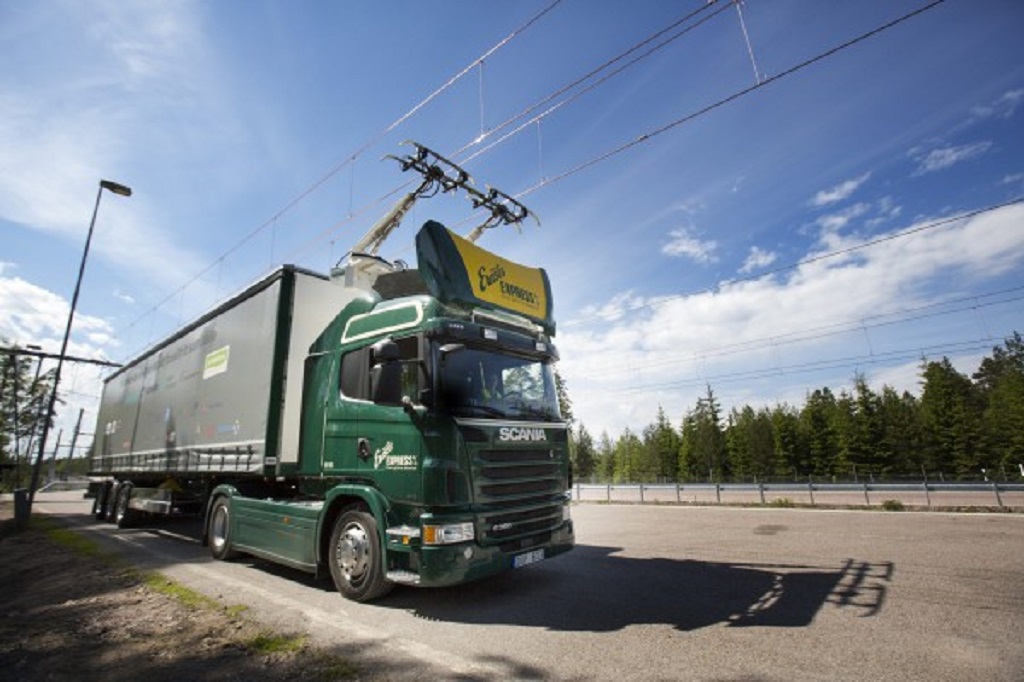 The world’s first electric highway was opened in Gävle, central Sweden yesterday, and it was an electrically-powered G 360 4 x 2 truck from Scania which made the inaugural journey.

Swedish Government Ministers, leading public sector figures, the business community and the regional authority where the electric road is located were joined by international media and members at the launch. The technology is the result of several years of cooperation between the Swedish Government, public sector and private sector, and shows the strength of Sweden’s commitment to sustainable transport solutions.

Claes Erixon, Scania’s Head of Research and Development, described how the Scania truck has been equipped with a pantograph power collector that is mounted on the frame behind its cab. This connects in turn to overhead power lines that are above the right-hand lane of the road, using conductive technology created by Siemens.

The truck can freely connect to and disconnect from the overhead wires while in motion, operating as electric vehicles when on the electrified road and as regular hybrid vehicles at other times. All the Scania trucks that will be on the road are hybrid and Euro 6-certified, running on biofuel.

The new technology has been pioneered by Scania and Siemens, with the backing of various Swedish private and public sector bodies including the Swedish Transport Administration, Gävleborg Regional Authority, the Swedish Energy Agency Authority and Vinnova.

Good for the environment, good for growth and good for jobs

The launch was attended by two Government Ministers, Anna Johansson, Minister for Transport and Ibrahim Baylan, Minister for Energy, as well as the general directors of the Transport Administration Lena Erixon and the Energy Authority Erik Brandsma. Both the Ministers were very impressed with the technology, hailing it as good for the environment, good for growth and good for Swedish jobs.

And, as you’ll hear in our film of the event, Ibrahim Baylan had particular praise for Scania’s role, describing the company as being at the “forefront” of efforts to promote sustainable transport solutions.

One of the guiding principles in the development of ­Scania’s new generation of trucks was to create work vehicles for ­professionals, featuring the world’s best driver environment. The result, after a more than a decade […]

Scania is to play a key role in new research dedicated to finding a holistic approach to autonomous driving by 2020. The project, known as ADAS&ME, is a Euro 9 million EU-funded research programme, involving 30 partners from 11 […]

A new innovation partnership between Sweden and Germany is being launched today during Chancellor Angela Merkel’s visit to Sweden. The partnership includes mobility and electrical roads, areas where Scania’s innovations are already being put to […]