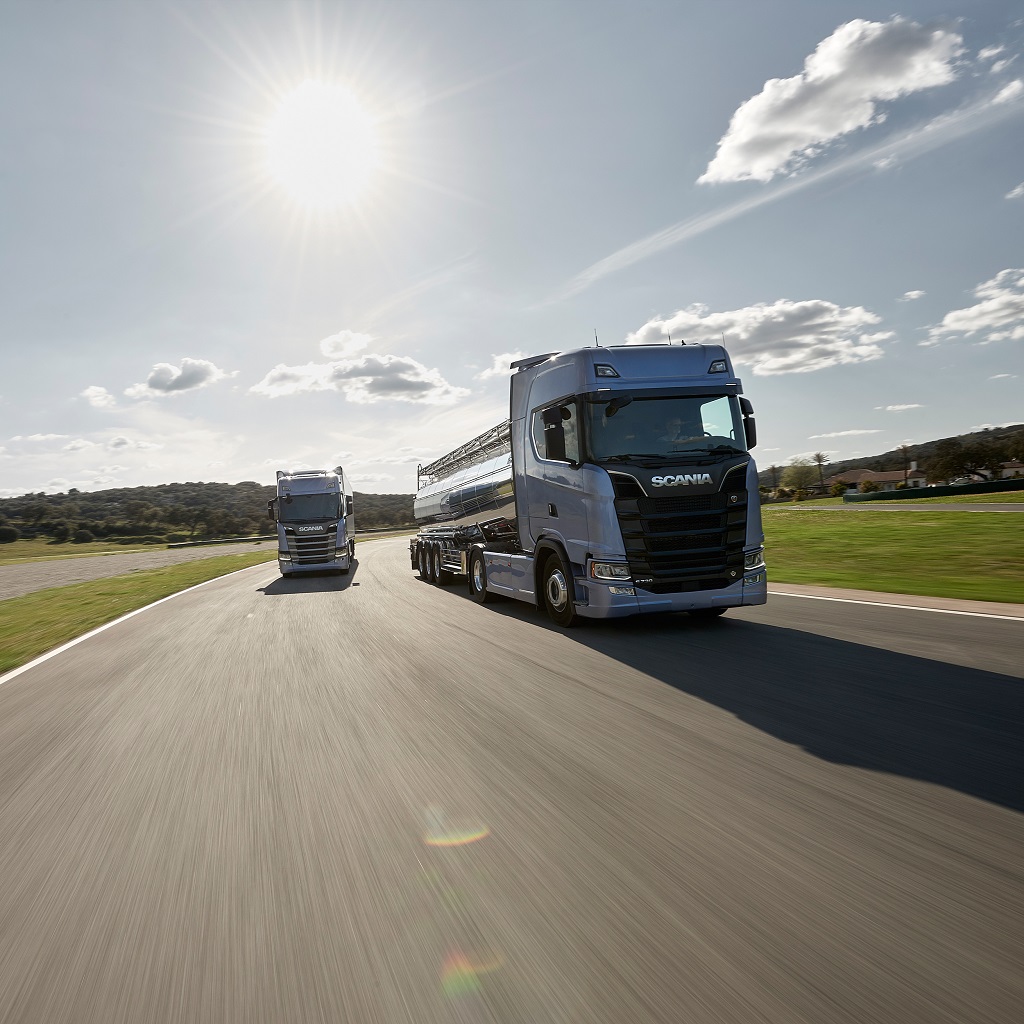 Ups and downs put their marks on a company’s future, some leaving lasting impressions that become embedded in the corporate culture. Scania is mustering all of its expertise to make sure the latest truck range carries the brand hallmarks proudly into the 2020s.

The company spent its first decades searching for a viable strategy, but since the 1920s, the focus has been on heavy vehicles and strong customer relations. Operations have remained profitable ever since 1934.

After the war, Scania-Vabis stood prepared for international expansion. Newly recruited engineers would form the engineering backbone for the remainder of the century, with a reformulated strategy, state-of-the-art products and refurbished facilities – and a new company spirit that soon became embedded in the walls.

Advocating teamwork and ‘consensus’ decisions, the management introduced advanced analysis methods at the laboratory, started preparing for a modular product range and took advantage of international contacts in their innovation work. The twist “build what customers need, not what they want” implied that engineers were expected to understand customers’ operating conditions.

Another move to tighten customer bonds was to make the service organisation part of the feedback loop to R&D.

During three decades, systems and components were harmonised in preparation for the fully-modularised GPRT-series in 1980. Modularisation is Scania’s way of broadening the customers’ choice; interfaces between components and systems are designed to maximise flexibility. This global product range paved the way for volume growth and expansion worldwide.

By the late 1980s, the new management under Leif Östling (1989) outlined a new strategy for global expansion, and took radical action to come to terms with production.

The entire production system was reformed, involving leadership principles and an empowered workforce. This yielded a new company spirit with a set of strong core values – Customer first, Respect for the individual and Quality.

This new company spirit was fundamental in pulling Scania through the financial crisis in 2008-2009. It now encompasses the entire company, including the dealer network.

Ever since the early 1900s, the company’s engineers managed to stay abreast of international developments in engine technology.

Inspired by contacts with Magirus in Germany, Scania-Vabis’ first diesel engine (1936) was both lighter and smoother than competitors. And the direct-injection diesel technology (1949) developed in cooperation with Leyland in the UK, produced performance that was superior to the competition from the outset.

Convinced of a future need for more power, Scania developed an engine the market didn’t know it needed – the Scania V8 in 1969 – which gave birth to Scania’s low-rev philosophy, principles now adopted by the entire industry.

From the 1990s, Scania’s cooperation with Cummins in the USA provided deep insights in combustion technology and engine management that proved instrumental for ­Scania’s pioneering efforts in emission control and alternative fuels in the 2000s. Scania now has the broadest platform of Euro 6 engines with the greatest flexibility in alternative fuels, and is known for its excellent fuel efficiency.

All electronics are developed in-house, and this sector is the most vivid in terms of innovations and patents, providing a flow of products, features and services that put Scania at the forefront in terms of connected vehicles, fleet management and associated services.

Scania’s own studio is now responsible for all styling touches, e.g. the R-series (2004 and 2009), the New Streamline (2013) and the new truck generation (2016). Well aware of customers’ pride in their vehicles, great care is taken to nurture traditions and incorporate appealing Scania traits.

A profitable company can afford to maintain focus and patiently invest in its future. Backed by vitalising lessons learnt over a century and a quarter, Scania is launching its new truck generation, designed to take Scania and its customers into a future of more sustainable transport in the 2020s and 2030s.

Scania has unveiled the world’s first bi-articulated Euro 6 gas bus. The 26-metre front-engine bus has an impressive capacity for 250 passengers.  “This large bus is specially designed for mobility-enhancing Bus Rapid Transit systems and […]

Scania’s new generation of trucks has been secretly tested in northern Italy.

Scania’s new generation of trucks has been tested in secret for several years by real customers and drivers from across the planet. One of these extensive testing programmes was conducted in northern Italy. Scania has […]