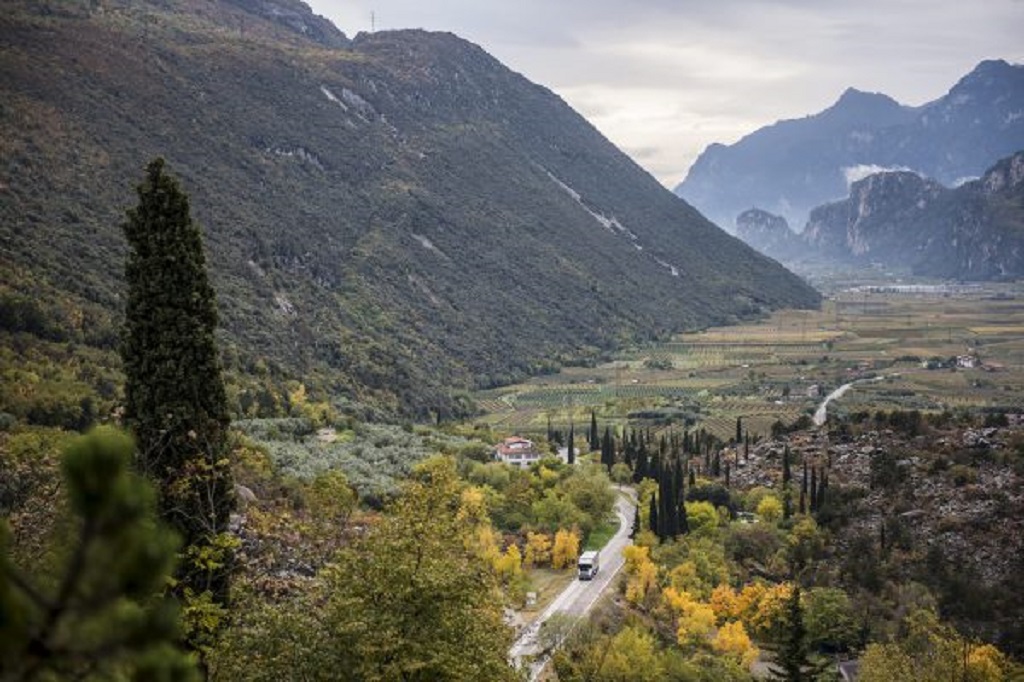 Scania’s new generation of trucks has been tested in secret for several years by real customers and drivers from across the planet. One of these extensive testing programmes was conducted in northern Italy.

Scania has always seen customer participation in the testing of its new products as an obvious and essential part of product development. Field tests of the latest generation of trucks have involved a large number of customers and professional drivers who, under great secrecy, have tested the new vehicles in real-life operating conditions. In total, Scania’s new generation of trucks have been tested over more than 10 million kilometres – the equivalent of 250 laps around the Earth.

“When you’re developing a new generation of trucks, it’s very important to get a grasp on the product’s quality early on,” says Anders Karlqvist, Head of Scania’s Field Test Operations. “For this reason, Scania’s development engineers need to follow field-test vehicles for as large a distance as possible, and under as realistic working environments as possible.”

In the city of Trento in northern Italy lies a very special service workshop. Just four people have keys to the premises, and for a few years a number of super-secret vehicles have been serviced here.

Apart from field test engineer Ines Kasumovic and service technicians Nicola Mattivi, Eric Stenico and Marco D´Ascanio, only selected transport company owners and their designated drivers have been trusted to get close to these field-test trucks from Scania.

Kasumovic has followed and monitored the work of the service technicians, the drivers and the transport companies on an ongoing basis throughout the field tests. What’s working well and what can be improved?

”Put simply, my job is to understand how the customer, driver, and service technicians experience and work with the new truck,” says Kasumovic. ”I report all this back in detail to Scania Research and Development in Södertälje.”

Throughout the day and long into the evenings, the camouflaged field-test trucks transport parts for the automotive industry in northern Italy or bottles for the wine industry across the entire country. But every evening, the drivers and vehicles return to their respective transport companies so that the trucks can be protected overnight.

When the vehicles come into the secret workshop, they are inspected by Kasumovic, who extracts the data and carries out the necessary updates as quickly as possible to allow the vehicles to get out in service again. In the case of faults or stoppages, she makes a decision with help from the whole organisation on what measures should be taken against the anomalies, be they big or small.

“It can be both lonely and extremely labour intensive to work as a field-test engineer,” says Kasumovic. “You’re mostly left to your own devices to make quick and important decisions. This means that you need to know something about just about everything in the vehicle. A good network within Scania can also be handy to have when new situations pop up. However, the fact that it’s sometimes stressful is fully compensated by the fact that I’m able to get close to customers and experience how the new product works in actual operation.”

Over two or so days, the field test truck is updated with everything from new rearview mirrors and masking plates to new software.

The truck is camouflaged so that none of its new features are revealed. Inside the secret cab, all new panel features are hidden behind black curtains that can be drawn when the drivers need to stop to load and unload cargo or fill up on fuel.

”It’s very special to be a field-test driver,” says Aris Esposito. “You need to be constantly aware of your surroundings, check where you stop, and who might be approaching the truck. This is especially challenging when you’re loading and unloading. At the same time as you’re supervising the loading, you need to have strict control over what’s going on in the vicinity.”

Esposito concludes, “But it’s a big opportunity to be involved in testing and developing Scania’s new generation of trucks. For me it’s the crowning achievement of the 26 years that I have worked as a professional truck driver.”

Rigotto Tiziano, who together with his wife owns and operates Autotrasporti Rigotto Tiziano, says he felt honoured when he was asked to take part in a field test for Scania’s new generation of trucks.

“I thought only big international transport companies were trusted in this way,” he says. “Now I just felt proud. We’re a little company, but we must be doing something right to be considered for something like this.”

Tiziano concludes, “I started planning immediately and chose my best driver for the field-test truck. I want to give as much as possible so that Scania can complete this project in the best possible way.”

Scania : Safety first when the party rolls in

In Thailand, having fun is part of life. To cater for the more mobile revellers, a growing number of “shing-shub tours” – party and karaoke buses – are plying the Thai roads. Now Scania brings […]

Scania is mustering all of its expertise to make sure the latest truck range carries the brand hallmarks proudly into the 2020s.

Ups and downs put their marks on a company’s future, some leaving lasting impressions that become embedded in the corporate culture. Scania is mustering all of its expertise to make sure the latest truck range […]