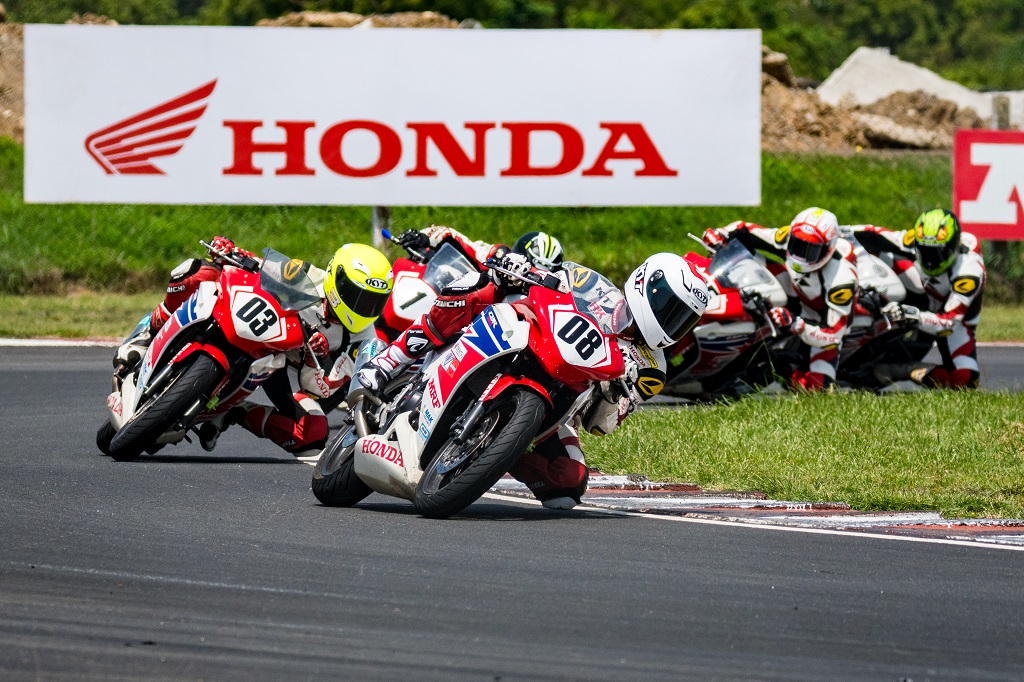 Pro-Stock 165cc (Race 1):  Continuing his winning spree and adding more cheer to the celebration, B Aravind, from Honda Ten10 Racing, secured first position in the final race of Round 2, Pro–stock 165cc National Championship. Aravind further consolidated his position at the top of the leaderboard with 108 points.

Congratulating the winners, Mr. Prabhu Nagaraj, Vice President, Customer Service, Honda Motorcycle and Scooter India Pvt. Ltd. (HMSI), said, “I am very happy with the phenomenal performance of our riders. Rajiv has done exceptionally well in the Super Sports category. The international exposure at Asia Road Racing Championship is giving him a clear edge in his performance in the national platform. We are confident of seeing such stellar performance in the next round as well.”

The next round of National Championship is scheduled for 1st week of September 2017, at Madras Motor Racing Track, Chennai.

Coimbatore, June 6, 2017: Entering FY’2017-18 with a bang, Honda Motorcycle and Scooter India Pvt. Ltd. (HMSI) today announced that it has extended its market leadership. After being the most preferred brand in the progressive […]

August 5, 2017: Honda riders Rajiv Sethu and B Aravind romped home to an impressive victory as Round 3 of the MRF MMSC FMSCI National Motorcycle Racing Championship got underway at MMRT track, here on […]

After historic 7 podiums in season opener, Honda riders gear up for Round 2 of National Championship