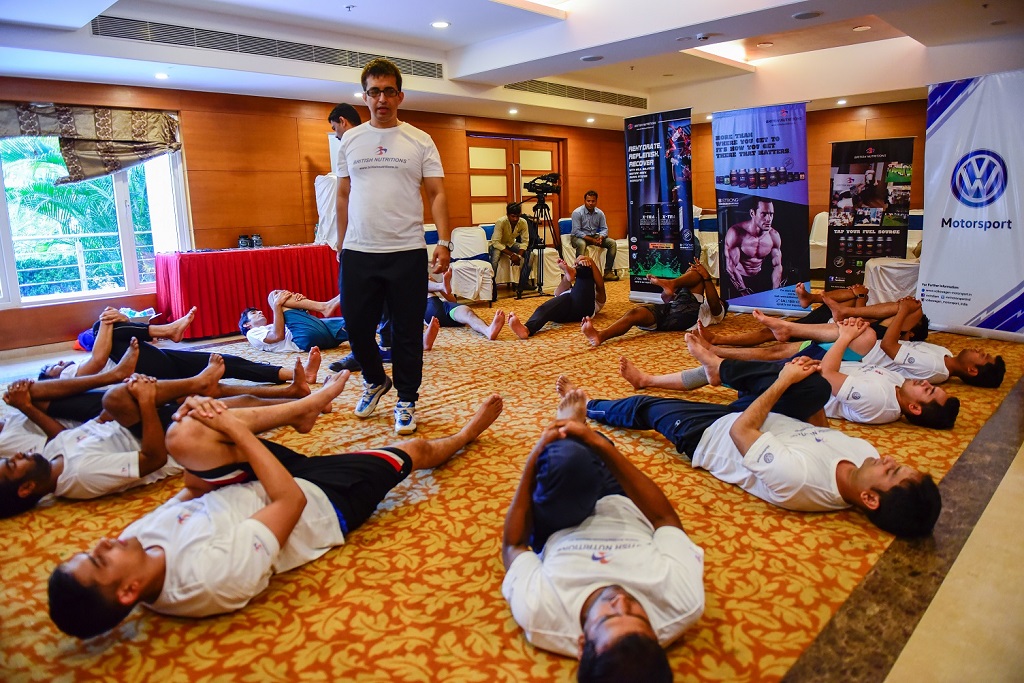 Volkswagen Motorsport India concluded Fitness Camp and pre-season test for the Vento Cup 2016 drivers prior to the start of season. The Round 1 of Vento Cup 2016 kicks off this weekend i.e. 18th and 19th June, 2016 at Kari Motor Speedway, Coimbatore. The 2016 season of Volkswagen Vento Cup marks the beginning of a three-year long partnership with MMSC and MRF and with this, the premium one-make series from Volkswagen Motorsport India becomes a part of the MMSC FMSCI Indian National Racing Championship where racers from across India will compete in various categories. 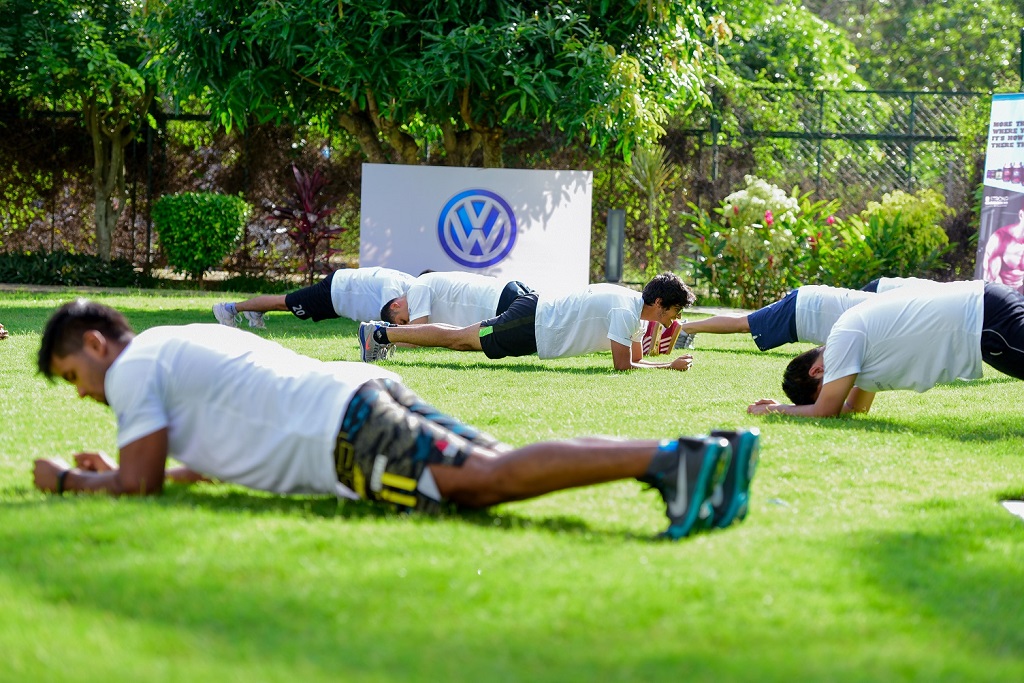 The Fitness Camp was conducted in Bangalore where the Vento Cup 2016 drivers participated to test their endurance before stepping in their respective race machines. Like last two seasons, this year’s Fitness Camp was also organized in association with the fitness partner British Nutrition. The two-day camp began with the BMI check followed by tips from the fitness experts on fitness regimes and nutrition basis the BMI results of each participant. This year’s fitness camp had Mr. U Vimal Kumar (two times National Badminton Champion (1988 and 89), Ex- Chief National Coach of India, Director at Prakash Padukone Badminton Academy and current coach to Saina Nehwal) as the guest speaker. Mr. Kumar spoke about his experience as sportsman, training in modern times, what sets the champions apart and how Saina prepares herself before any big match. 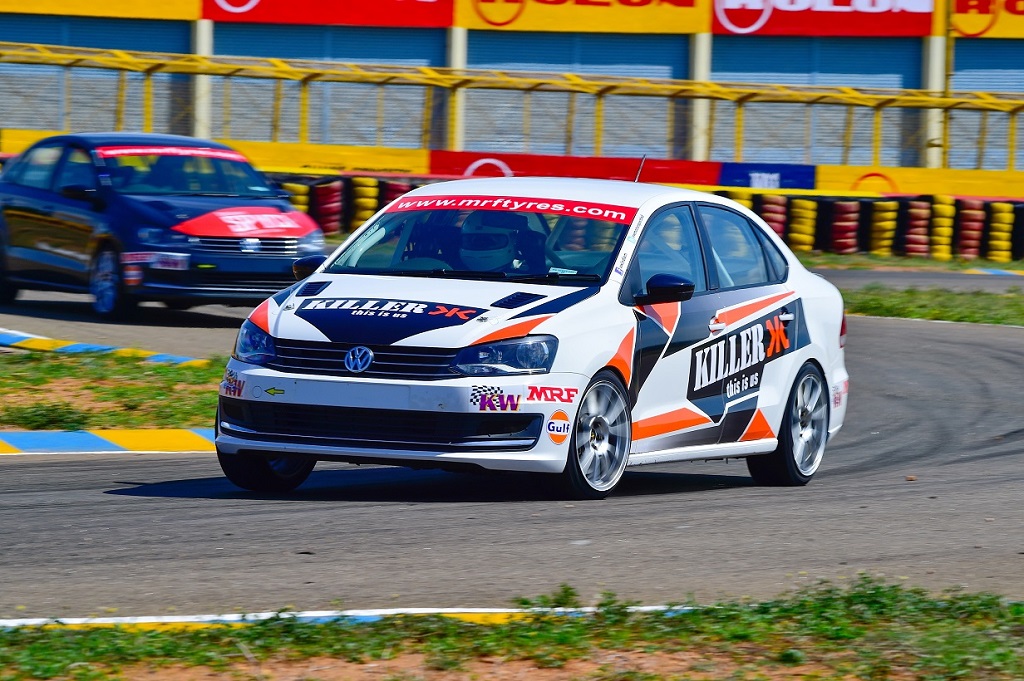 The fitness camp was focussed on improving the drivers’ physical and psychological fitness and to provide them with insights on diet and exercise routine they need to follow throughout the season. The camp reiterated the benefits of staying fit and focused, before, during and after the race. Hatim Shabbir from Chennai was awarded the ‘Fittest Driver’ of the camp. This year for the first time Volkswagen invited some of the youngest drivers from Micromax Championship to be a part of the fitness camp, and educated them on the commitment required in terms of fitness.

Mr. Sirish Vissa, Head of Volkswagen Motorsport India commented about the Fitness Camp, “At Volkswagen Motorsport India, we have always taken a holistic approach to our programme and the driver development we do. Once again, thanks to our Fitness partner – British Nutrition, Mr. Bharath Reddy and his team, the fitness camp organized before the beginning of the season was quite a success. The drivers are now well aware of where they are in terms of their individual fitness levels and the areas for improvement. Now we look forward to the season opener of the championship this weekend in Coimbatore.” 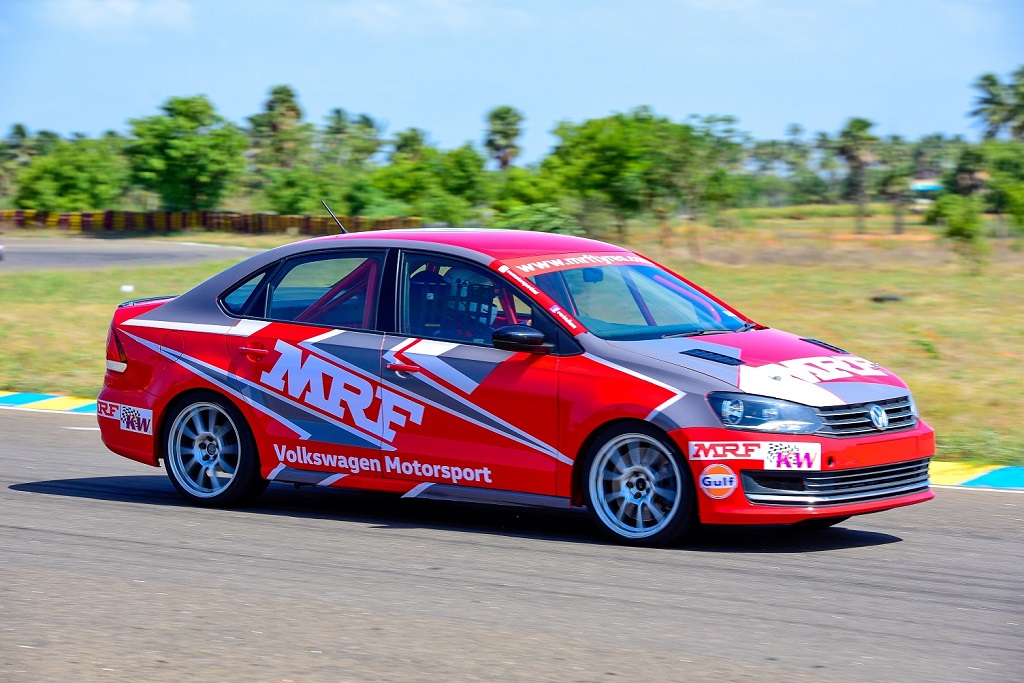 Post Fitness Camp, all the drivers travelled to Coimbatore for their first testing of the season in the new Vento Race Car at the Kari Motor Speedway. The 2-day camp started off with new racers driving the road-spec Polo cars with roll cages where they did a lead-and-follow session with Rayomand Banajee (Driver Coach Volkswagen Vento Cup) and Karthik Tharani (Volkswagen Polo R Cup 2014 Champion and Volkswagen Motorsport development driver). The new racers then drove the Polo cars with race suspension and tyres (with roll cage) following the racing line guided by the cones on the track. Experienced drivers were given the Vento Race Car at the end of day 1 of the pre-season testing.  On day 2, all racers (old and new) were given three simulations on the new Vento Cup car, giving them the much needed experience of handling the race machine.

Theory sessions were also conducted between all driving sessions and these included driving lines, braking points, flag signals, overtakes, etc. A couple of Safety Car simulations were also done during the pre-season test to educate the new drivers on a Safety Car situation in a race.

Talking about the pre-season test, Mr. Sirish Vissa said, “We’ve had two eventful days of testing and preparation for upcoming round and are happy to see all the new drivers come to grips with the Vento Race Car and go well through the training imparted by our coaching team. Over the course of two days, we’ve once again proved how safe and strong both race Polo and race Vento are, because the drivers have walked away unhurt from two massive racing incidents. The most satisfying experience was to see a marked improvement in terms of overall performance of the race car after all the hard-work put in by the teams at Volkswagen Motorsport India and MRF Tyres.”