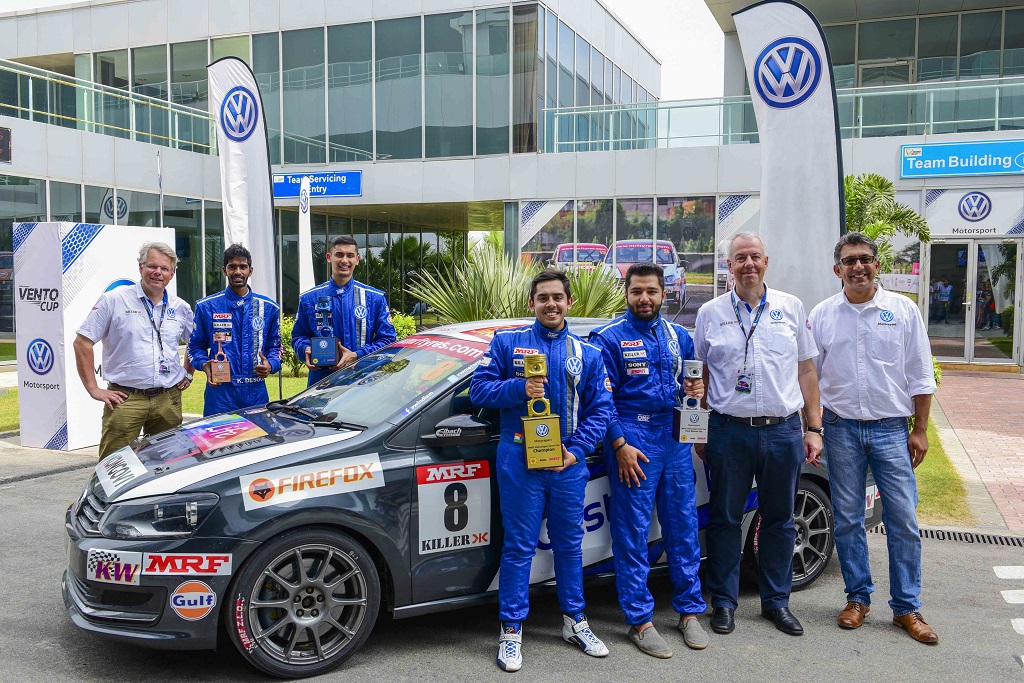 Volkswagen Motorsport India finishes yet another thrilling season of its premium one-make series with the last round of the MMSC Volkswagen Vento Cup 2016 today. Hosted at the Buddh International Circuit, the final race of the season started in reverse grid order and concluded on an interesting note with Karminder finishing first, Ishaan coming in a near second and guest racer Rishaad Mody finishing third. However, having won five races and securing seven podium finishes so far, Ishaan had built a strong 32-point lead over Karminder by the end of the season and bagged the MMSC Volkswagen Vento Cup 2016 title. 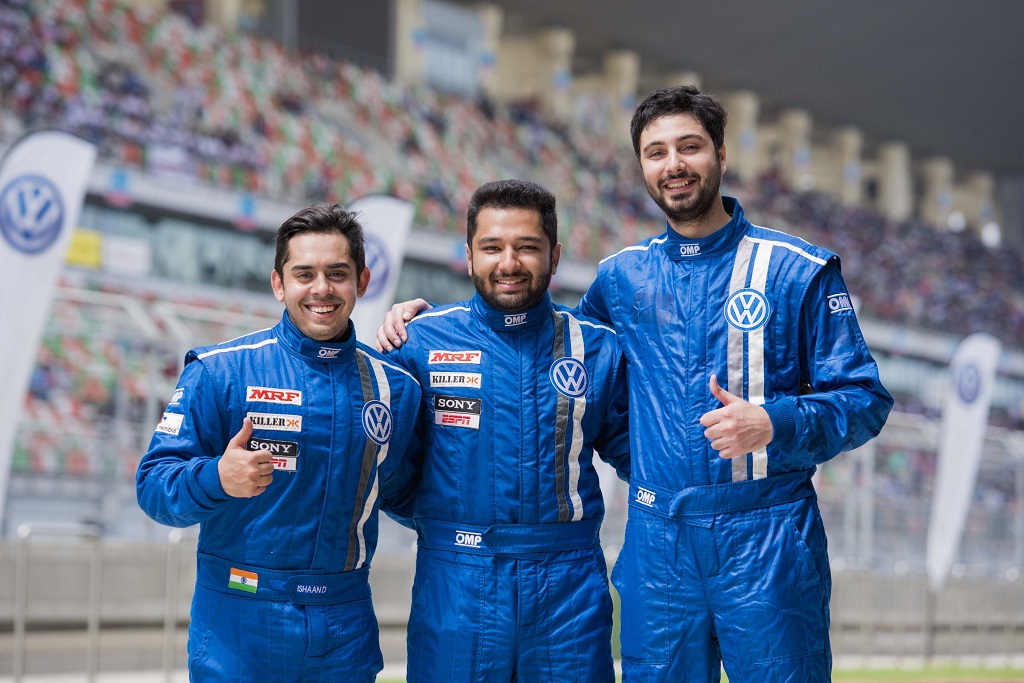 The final race of the season began with Niranjan Todkari starting on pole position alongside guest racer Affan Sadat from Bangladesh on the first row. However, both were unable to hold their position going into the second lap. Gowdham Murugan, who had started fourth on the grid, moved up positions and went on to lead followed by Karminder, guest racer Rishaad and title contender Ishaan in tow.

Lap 2 saw a three-way fight between Ishaan, Rishaad and Keith for the third position which finally broke at C4 of the third lap when Ishaan overtook Rishaad. Lap 4 of the race proved to be the most exciting as Gowdham, who had been leading from the front lost his advantage with a drive-through penalty for going beyond the track limit. At this stage, Karminder who had been trailing behind Gowdham went on to take the lead in the race. From then on, Karminder remained in control and stayed ahead. 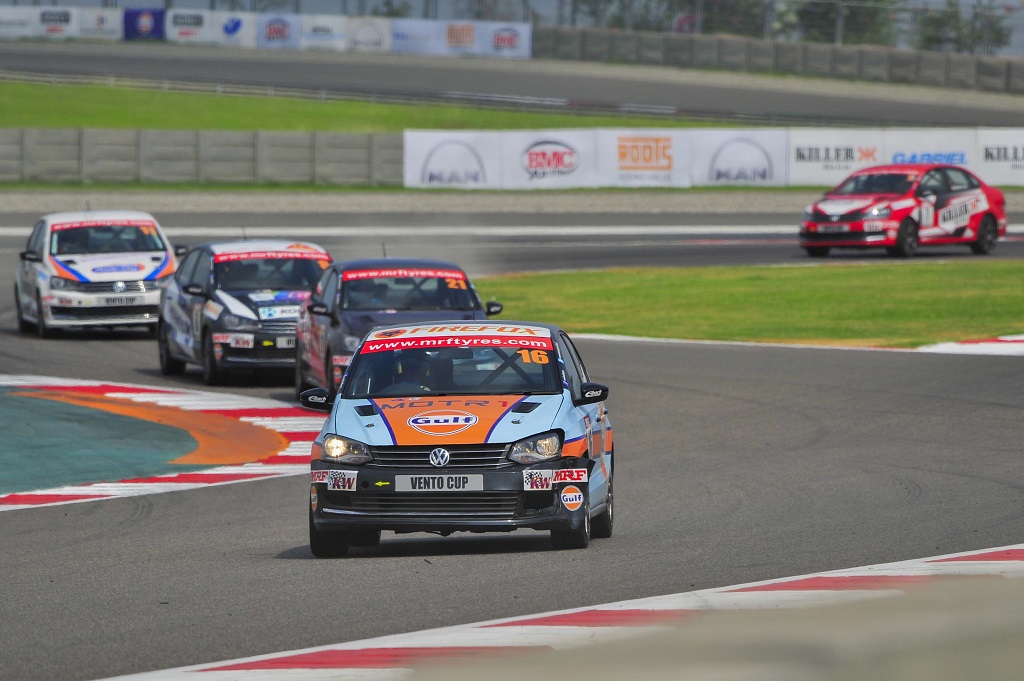 In the fifth lap, Amit Mete lost control of his car and went on to hit the barricades forcing the Safety Car to come out. Amit emerged from the car unhurt but could not continue in the race due to the severity of damages to his car.

Going into lap 5, 6 and 7, Karminder followed by Ishaan, Rishaad and Keith stayed behind the Safety Car till it finally pulled in by the end of the penultimate lap. Once the cars were at race pace, Karminder and Ishaan were left to battle for the first position while Keith was putting pressure on Rishaad for the third spot. Although Ishaan attempted a move on Karminder at C4 of the last lap, he wasn’t successful in getting past. The positions remained the same as the drivers drove past the chequered flag with Karminder winning the race followed by Ishaan, and guest racer Rishaad in the third place. 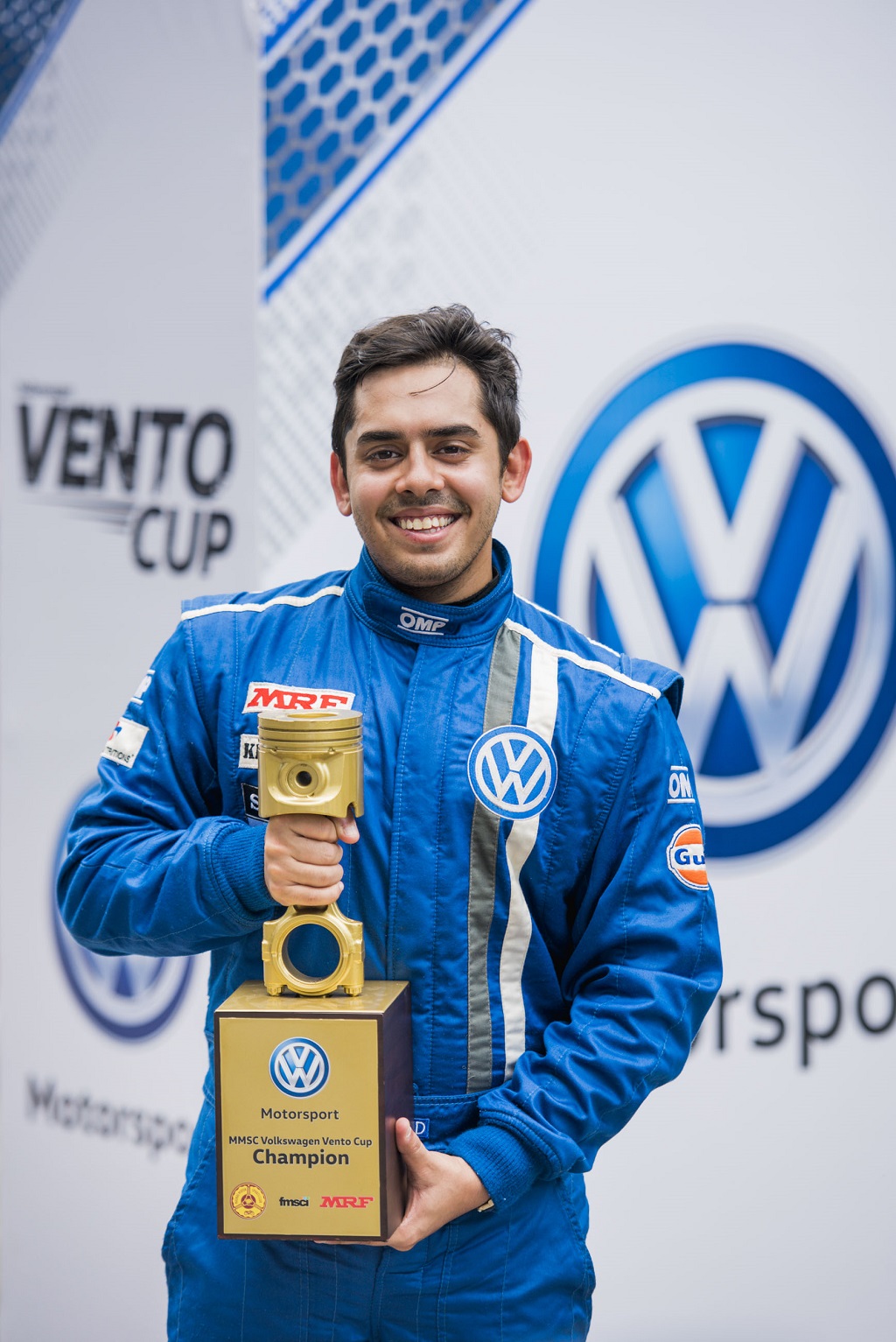 Jeet Jhabak, the Junior Division driver showed a lot of promise through the season and has sealed the title as he successfully finished the final round.

Ecstatic over winning the title Ishaan Dodhiwala said, “This was a long and hard fought season but all the preparation helped. I was confident of doing well and it feels incredible now that I have won the cup.” Commenting on the Vento Cup 2016 series he added, “The Volkswagen team has been incredible and their efforts have been phenomenal though the season. They have been extremely supportive of the racers and have given us amazing machines to run with.”

Junior Cup winner Jeet Jhabak said, “This has been an incredible racing season for me as I was racing for the very first time. I have learnt a lot in this one-make series and having won the Junior Drivers’ Cup has given me the confidence of racing professionally in the coming years.”

To conclude the season and congratulate the winners of the 2016 season, Sirish Vissa said, “I am really proud of how the season has ended and how these young drivers have matured into professional racers. Going into this season with a new partnership we had to do a lot of testing to see how the cars behave and we are happy with their performance on all the circuits. We make it a point at Volkswagen Motorsport to constantly invite feedback from the drivers and engineers and the Vento Cup car is a fine example of an evolved race machine with top performance.”