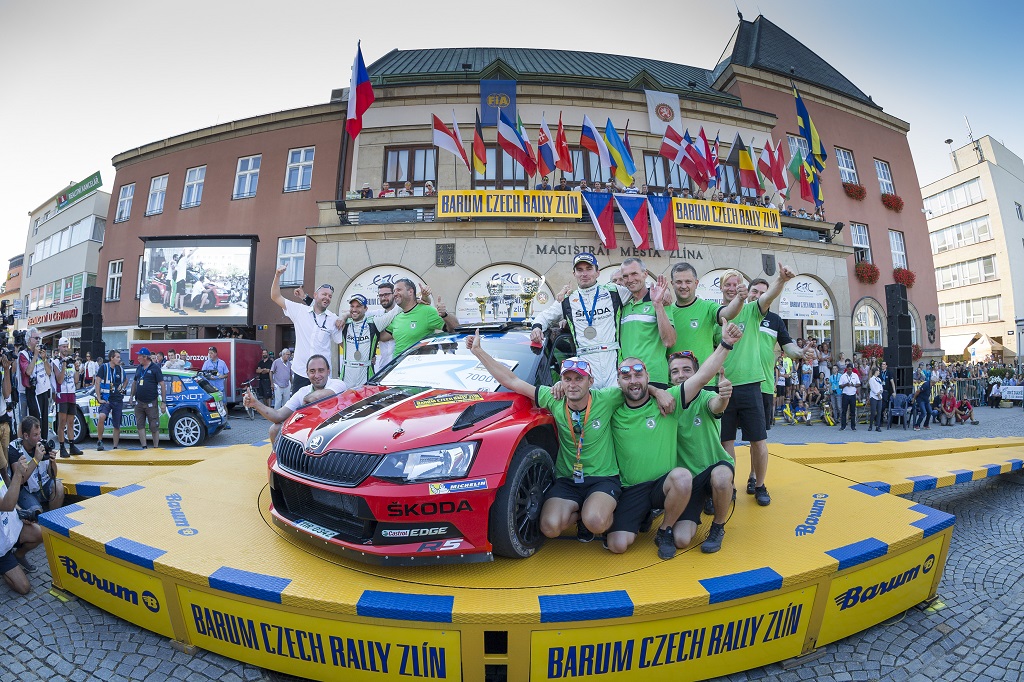 Zlín, 28 August 2016 – ŠKODA works duo Jan Kopecký/Pavel Dresler (CZ/CZ) won the Barum Czech Rally Zlín, thereby defending the title in the Czech rally championship (MČR) before the end of the season. Kopecký won the national championship for the fourth time after 2004, 2012 and 2015. The experienced driver remained unbeaten in his ŠKODA FABIA R5 with its spectacular red and black special paintwork in the fifth round of the MČR season and in doing so prevailed over the European elite. The successful ŠKODA team of Kopecký/Dresler staged a dramatic duel with Alexey Lukyanuk/Alexey Arnautov (RUS/RUS), who forfeited their chances of a win after an accident on the final special stage, over the three days of rally action.

“The Barum Czech Rally Zlín is a classic and was a real highlight of the season once again this year. Jan Kopecký and Pavel Dresler did a fantastic job, keeping their cool in a dramatic duel and bringing home victory. This sees us defend our national championship title from last year with the ŠKODA FABIA R5. Jan Kopecký and Pavel Dresler have also kept their clean slate in the fifth round of the year – that speaks for itself. Successfully defending the title is the optimum reward for the entire team’s hard work,” said ŠKODA Motorsport Director Michal Hrabánek. 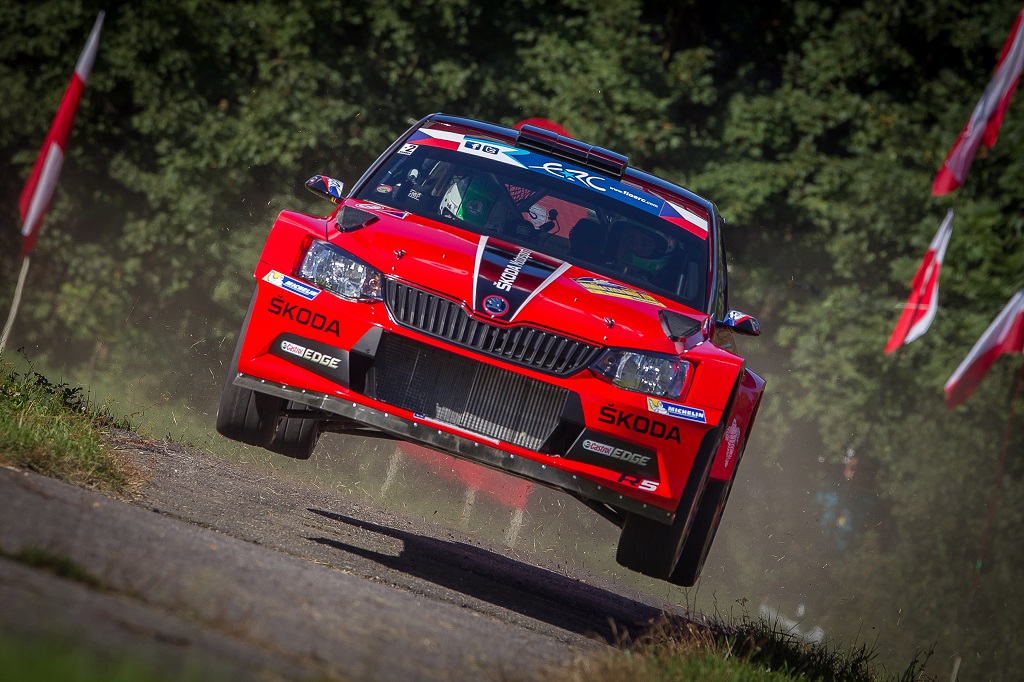 This year’s Barum Czech Rally Zlín consisted of 15 special stages over a total of 229.94 classified kilometres, of which Jan Kopecký/Pavel Dresler won a total of ten stages. The classic rally was characterised by a close battle between ŠKODA works duo Kopecký/Dresler and Russian duo Alexey Lukyanuk/Alexey Arnautov. Throughout the entire rally, the two teams were separated by just a few seconds. The Russian duo retired on the final special stage due to an accident; they were in second place at the time. Thousands of enthusiastic fans experienced the drama of the rally up close and personal – and cheered as Kopecký/Dresler in the FABIA R5 with a red and black special paintwork crossed the finish line. Kopecký burst into tears at the finish.

“I can hardly put my joy into words. We not only got our fifth of five possible wins of the season here at the Barum Rally, but we also clinched the Czech rally championship. It is always difficult to win a title, and even more difficult to defend a title,” said Jan Kopecký. “The FABIA R5, the magnificent ŠKODA Motorsport team and my family as my moral support enabled me to achieve this milestone in my career. At this high level here in Zlín we saw how strong our car is. Kudos to Alexey Lukyanuk and Alexey Arnautov, who made things really difficult for us this weekend.”

A total of eleven ŠKODA FABIA R5 contested the rally around Zlín, and the top five spots ended up going to the high-tech racers. Tomáš Kostka (CZ) finished in second place ahead of Jan Černý (CZ). Despite suffering a puncture, Fabian Kreim/Frank Christian (D/D) who competed with support from ŠKODA Motorsport, finished in fifth place. “I am pleased with our performance at the Barum Czech Rally Zlín. There is enormous enthusiasm among the Czech fans and it was great to be able to gain experience here in the Czech Republic once again,” said Kreim.

The number of the day: 4

At the Barum Czech Rally Zlín, ŠKODA works driver Jan Kopecký won his fourth title in the Czech championship for the fourth time after 2004, 2012 and 2015. And deservedly so: With co-driver Pavel Dresler he has triumphed in all five of the rallies held in the current season of the Czech rally championship (MČR). Their advantage of 2:34.0 minutes over the second-placed duo at the Barum Czech Rally Zlín, Tomáš Kostka/Ladislav Kučera is evidence that the duo are in a league of their own.

SKODA achieves record results in May 2017

Despite ice and snow: In their first start in the ŠKODA FABIA R5, Andreas Mikkelsen/Anders Jæger win the most famous race in the FIA World Rally Championship (WRC 2) A team triumph: Jan Kopecký/Pavel Dresler […]