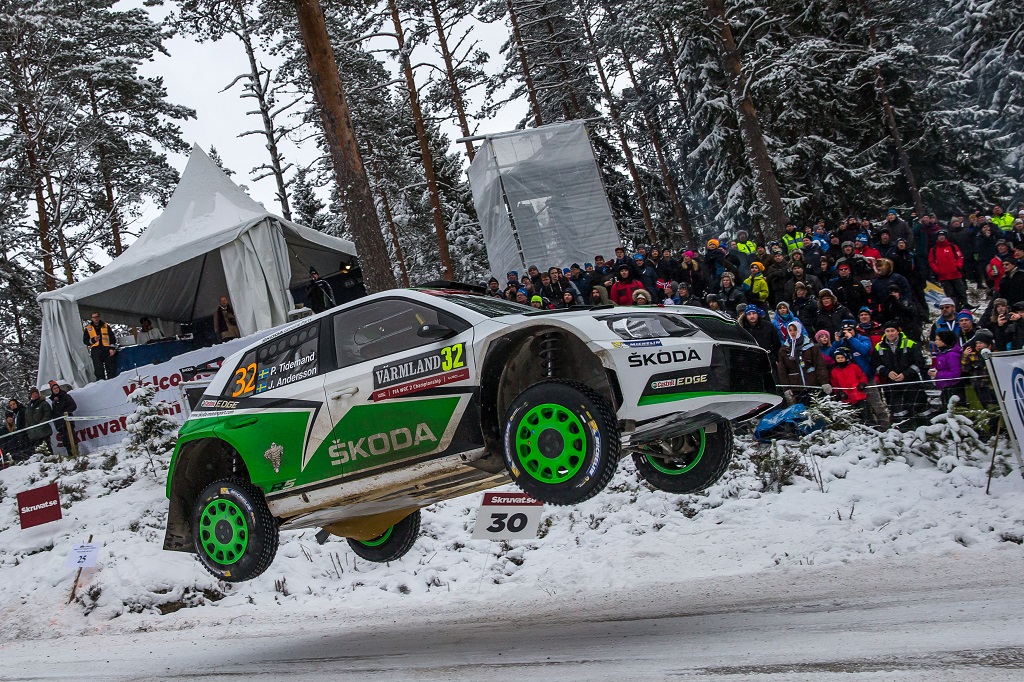 Mladá Boleslav, 6 February 2017 – ŠKODA works duo Pontus Tidemand/Jonas Andersson go in search of victory at their home round of the FIA World Rally Championship (WRC 2) with the distinction of being named Sweden’s motorsport athlete of the year. The duo will be out to continue ŠKODA’s successful start to the 2017 rally year when they line up in a new-look ŠKODA FABIA R5 at the Rally Sweden from Thursday to Sunday. Andreas Mikkelsen (N) and Jan Kopecký (CZ) presented the works team with a one-two in the ŠKODA FABIA R5 at the iconic Rally Monte Carlo.

“The perfect start to the season is motivation for the entire team at the Rally Sweden,” said ŠKODA Motorsport Director Michal Hrabánek. „We will do everything in our power to allow Pontus Tidemand and Jonas Andersson to challenge for victory on home soil.”. The routes around the service park in Torsby demand the utmost concentration and intelligent driving: “Pontus and Jonas showed at the Rally Monte Carlo that they are very well equipped to cope with these difficult conditions. However, it will certainly be hard work – we are up against some very strong opposition.” 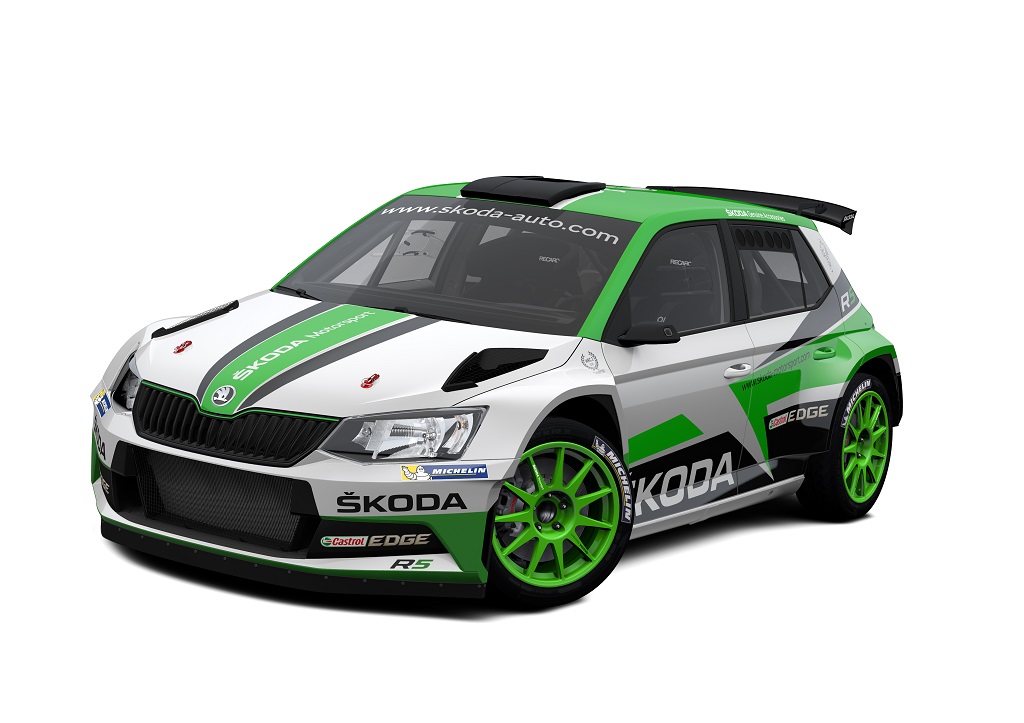 Among those in action in Sweden will be Finland’s Teemu Suninen, who finished second overall in the WRC 2 last year at the wheel of a private ŠKODA FABIA R5. The runner-up in last year’s European Championship, Alexey Lukyanuk (RUS), will also be among those to look out for. However, ŠKODA’s main hope, Tidemand, is not worried: “Last year, we missed out on victory at our home rally by just 14.7 seconds. This time we want to finish on the top step of the podium. We want to put on a good show for our many fans back home.” The Rally Sweden will also witness a first: the works team’s ŠKODA FABIA R5 will sport the new 2017 livery for the first time. The green, white and black design has been made even more attractive, and also features the inscription ‘R5 evo 1’.

Being voted Sweden’s motorsport athletes of the year will have given Tidemand and Andersson even more confidence. The ŠKODA duo were recognised at a celebratory gala at the end of January. After an outing in suits, they are now back in their trusty racing overalls. The winter rally on the WRC calendar features a good 330 kilometres against the clock, spread over 18 special stages, often in icy temperatures. Spikes on the tyres help to provide as much grip as possible on the slippery surfaces. Tidemand/Andersson cope well with these complicated conditions: despite two punctures, they impressed en route to eleventh place overall at the recent Rally Monte Carlo.

“We are ready for the Rally Sweden. It is no secret that we want to challenge for the WRC 2 title,” said Tidemand. The statistics speak in favour of the successful ŠKODA FABIA R5: eleven of the last twelve rallies in the WRC 2 championship have been won by the high-tech four-wheel drive powerhouse from the Czech Republic. The ŠKODA Motorsport works team also won the world title in the Drivers’ and Co-Drivers’ Championship for the first time in 2016, courtesy of Esapekka Lappi/Janne Ferm (FIN/FIN). Pontus Tidemand and Jonas Andersson have their sights set firmly on repeating this success for ŠKODA.