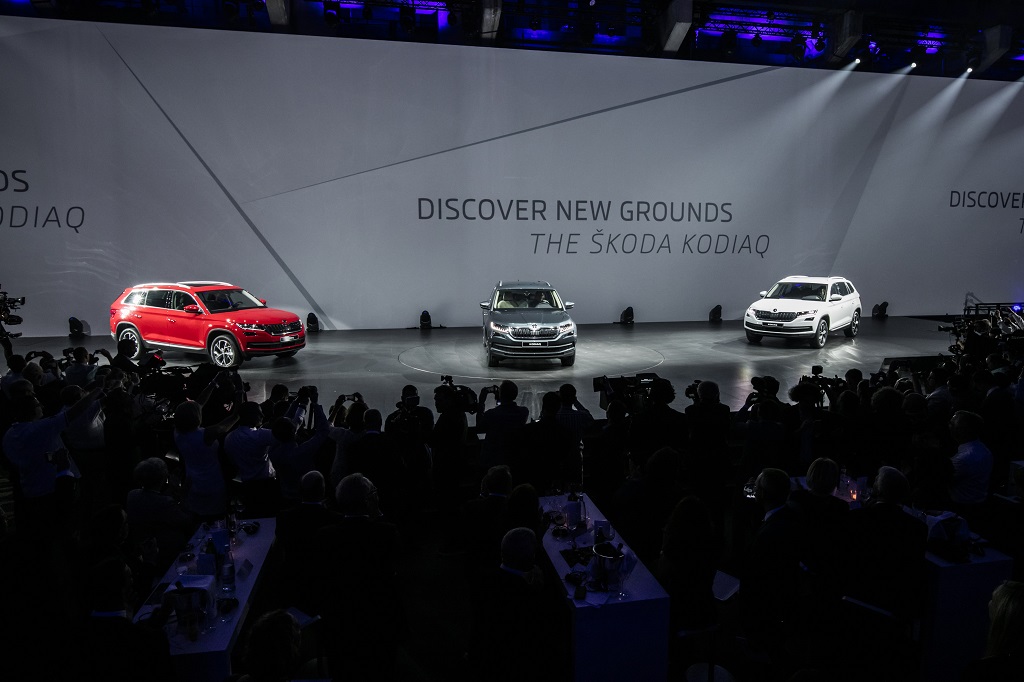 Global debut of the new large SUV by ŠKODA: followed by a spectacular show set in the Berlin power plant the new ŠKODA KODIAQ rolled into the spotlight yesterday evening. The impressive production combining film, music and dance choreography excited not only the approximately 800 guests attending the event, but also thousands following the world premiere via live stream. With 4.70m in length, up to seven seats and the biggest boot space in its class the ŠKODA KODIAQ is the first large SUV of the Czech car manufacturer. ŠKODA’s newest model, which sets off on the road in early 2017, highlights all the strengths of the brand: design full of character and an exceptional offer of space, practical intelligence and innovative technologies usually found only in higher-end cars. The ŠKODA KODIAQ marks the beginning of ŠKODA’s extensive SUV-Offensive.

ŠKODA continues on path to success in August

Delivering 80,700 vehicles in August, ŠKODA achieved an increase of 14.2% compared to last August (2015: 70,700) The traditional Czech brand records sales increase of 36.1% in China Growth trend in Turkey and Israel continues […]