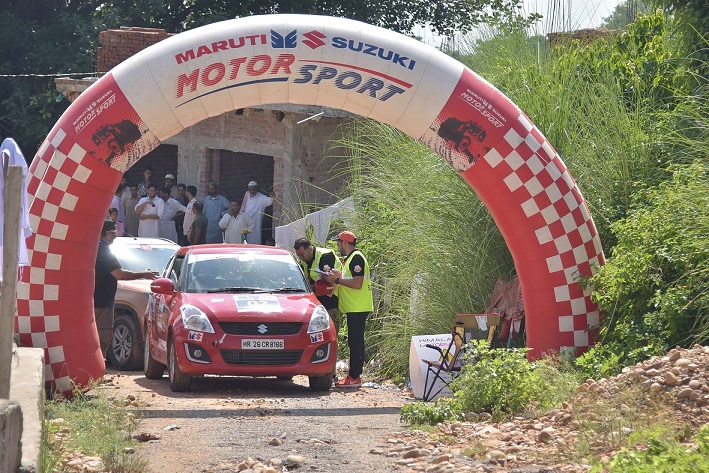 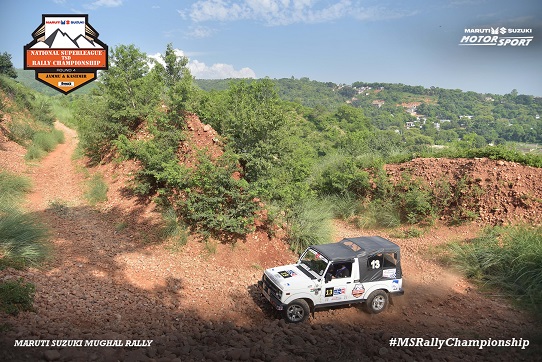 With over 50 motor enthusiasts, the rally was flagged off from the magnificent Hari Niwas Palace and covered approximately 350 Kms through the breathtaking locales of Muradpur, Rajauri and then back to Jammu. The Backyard Customs, one of the most recognized rallyist team from Jammu gathered much attraction and acclaim throughout the journey. Khyati Modi, the only female rallyist in the team from Mumbai along with her navigator, Arvind Balan from Bikaner, got a lot of cheer along the way driving their Gypsy. 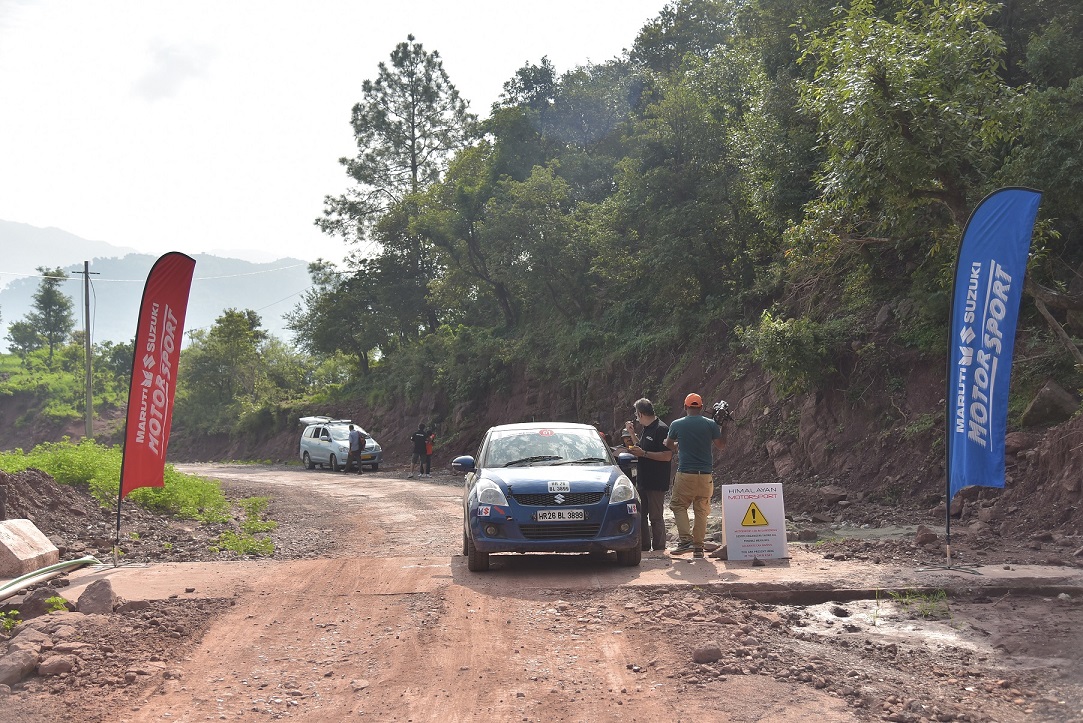 Speaking at the end of day 1, Sachin Singh, “I am quite excited to maintain my lead on day 1 of the championship. Even having participated in the TSD rallies before, the challenges never seem short of taking me by surprise. The organizers have brought a lot of innovation in the rallying so that the mettle of holy trinity – the navigator, driver and the vehicle, is tested to the core. I am looking forward to a great day 2. “

The second leg of the Mughal rally will traverse across some of the most scenic locations of Gulabgarh, Ramban,  Patni Top , criss crossing the Peer Panjal mountain ranges. 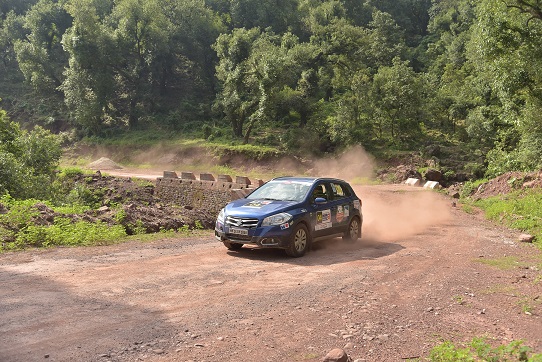 With signature cross country rallies like Maruti Suzuki Raid de Himalaya, Desert Storm and Dakshin Dare, Maruti Suzuki aims at taking motorsports to the next level with MS- NStsdRC. MS- NStsdRC especially designed to encourage younger and new motorsport enthusiasts. The Maruti Suzuki National Super League TSD Rally Championship is recognized by the Federation of Motorsport Clubs of India (FMSCI) and ccomprises a total of six rallies across the country, with Mughal Rally being the fourth round followed by Rally of Gujarat and concluding rally in Arunachal Pradesh. This adds to the existing Maruti Suzuki portfolio of motorsport rallies which the country awaits with great anticipation with each edition.

Maruti Suzuki India Limited, the country’s leading passenger vehicle maker, has attained cumulative exports of 15 lakh (1.5 Million) vehicles. These vehicles have been exported to over 100 countries including Europe, Latin America and Africa. […]

New Delhi / Gurugram, December 23, 2020: Maruti Suzuki completed a housing township of affordable modern eco-friendly houses for its employees in Dharuhera here today and handed over the first batch of houses to its […]