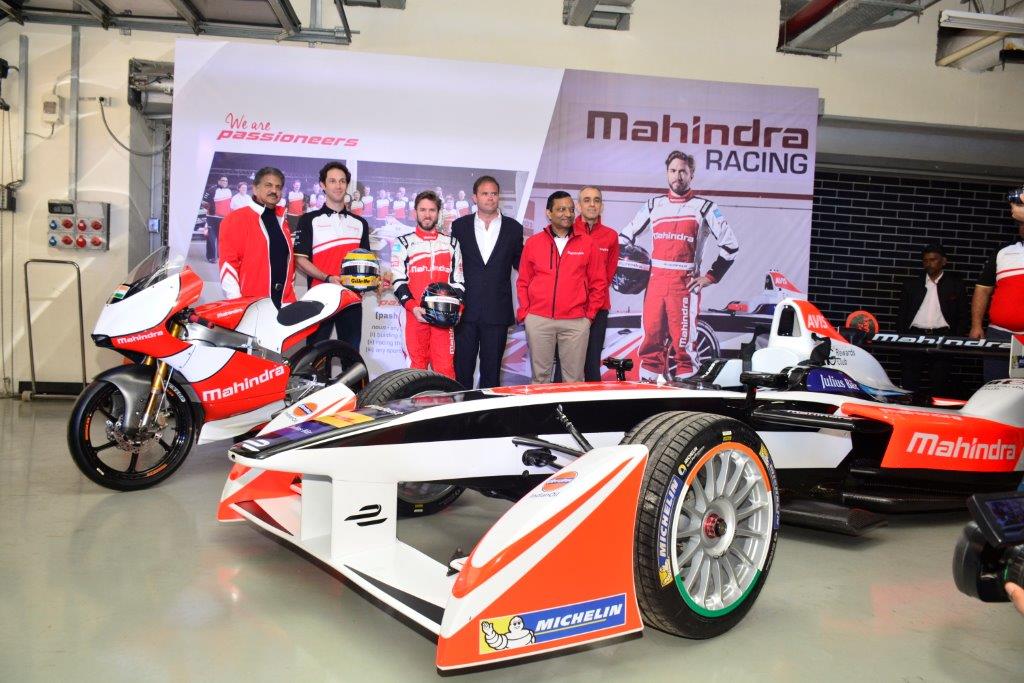 The M2Electro was developed by Mahindra Racing to compete in the second season of the Formula E championship. This made Mahindra one of a select few manufacturers that developed an all new electric powertrain for the racing series. The second generation Mahindra Racing car, the M2Electro is blisteringly fast with a 0-100kms time of under 3 seconds. It has been designed with a priority on increased performance, energy efficiency and weight saving. Developed to Mahindra specification with world leading manufacturers including McLaren and Hewland, the M2Electro showcases the technology that you will soon find in your next electric road car.

Mahindra’s is taking these learnings and technical progress made on the race-track are transferred into the development of a new generation of electric road cars. These road also demonstrate Mahindra’s vision of the ‘Future of Mobility’ with vehicles that are Clean, Clever, Convenient, Cost Effective and Connected.

Formula E cars represent the future of electric car technology with racing taking place on city streets on all-weather treaded tyres similar to the tyres on your road car. The narrow, bumpy street tracks are a demanding test ground for any racing car and the M2Electro has excelled with no mechanical failures in its first few races in season two of Formula E. Early tests reveal that the M2Electro has proven a fast and reliable racing car, completing all allocated pre-season test days, successfully covering over 2,000km on track before official pre-season testing even began.

Piloted by former Formula 1 stars Bruno Senna and Nick Heidfeld, the M2Electro has impressed in its first races by scoring the team’s maiden podium on its first outing in Beijing in a highly competitive field. Each driver races two Formula E cars during a race. During a mandatory pit stop about half way through the race, the driver pulls into the garage and swaps to a second car within a specified time. This in itself is a precise exercise and can be the difference between failure and glory.

New engine, gearbox and aerodynamic packages are matched by several refinements to the chassis and electrical components. All these changes combine to offer greater performance in tune with a new double exhaust system developed by Arrow.

New to the Mahindra family in MotoGP is Peugeot Motocycles factory team, SP Racing. An impressive line-up of Frenchman Alexis Masbou (28) and Briton John McPhee (21) will contest the Moto3 World Championship on an MGP3O-derived Peugeot.

Mahindra has always been passionate about vehicles ever since our inception seven decades ago, and with our entry into racing since 2011 this passion has moved several notches higher. Mahindra Racing is committed to nurturing the passion and growing interest of the Indian motorsport fan with its ethos of ‘Passioneering’. This term encapsulates the extreme levels of passion and engineering expertise that are required to be consistently successful in global motorsport championships like Formula E and MotoGP.

Introduces multi day expeditions, Kashmir to Kanyakumari (drive across the length of India) and Authentic Bhutan (an epic drive through the Land of the Thunder Dragon) Continues with popular Great Escapes, multi day Expeditions and […]