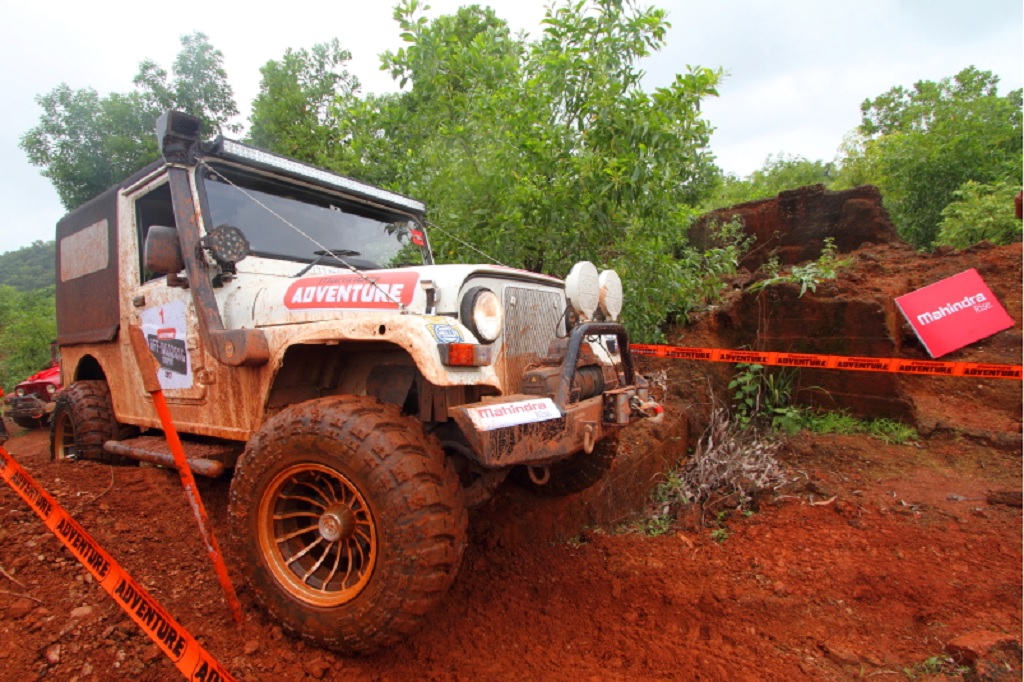 August 4, 2017, Goa: The 141st edition of the Mahindra Great Escape – one of India’s most popular off-roading adventures, concluded successfully in Goa, with 50 SUV’s  from the Mahindra’s stable manoeuvring the challenging route. This Great Escape saw participation from Mahindra customers from Goa and other neighbouring states.

Goa offered a challenging setting for a day of fun-filled off-roading. Heavy downpour made sure the obstacles and the 4×4 tracks were slippery and challenging enough, making it the perfect playground for participants to their 4×4 vehicle. The event saw participation from the entire gamut of Mahindra vehicles including the XUV500, Scorpio, Bolero, TUV300 and the extreme off-roader – the Mahindra Thar CRDe 4×4 – each representing the company’s tough and rugged DNA. These iconic Mahindra SUVs negotiated the arduous terrain and challenging obstacles and discovered what it’s like to be in the lap of nature.

The 4X4 trail drive was flagged off from Cuncolim Recreation Center in South Goa. The 16km drive was a mix of tarmac, off-road trails through the forest and water stream crossings. This gave customers a chance to explore the natural terrain in Goa and also witness the capabilities of Mahindra’s tough and rugged SUVs.

The off-road trophy competitors got a chance to demonstrate their off-road driving skills through different stages of obstacles. They had to tackle various obstacles which included off-roading over rock boulders and maneuvering their way out of slippery inclines.