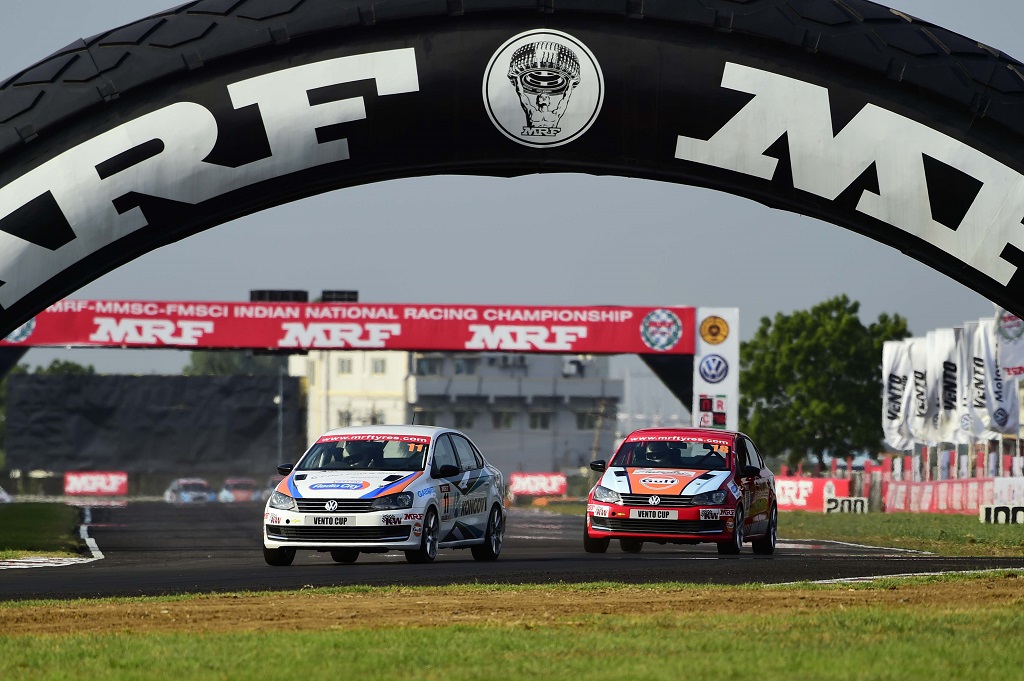 As the lights went off for the first race of the weekend, Niranjan took a good start to lead the pack into the first corner. However, he kept his lead for a very short period and lost it to Keith after making a mistake at turn 7 of the circuit. Keith jumped at the first opportunity he had to take the lead in the race and maintained it all the way till the end. Despite putting pressure on Keith for a couple of laps, Niranjan was not able to get past him and had to settle in the second position. Crossing the finish line in third position was Karminder Pal Singh after having started back in the sixth position on the grid. Karminder started making his moves from the second corner of the first lap itself as he overtook guest driver Sirish Chandran, followed by Ishaan Dodhiwala and Aditya Pawar. 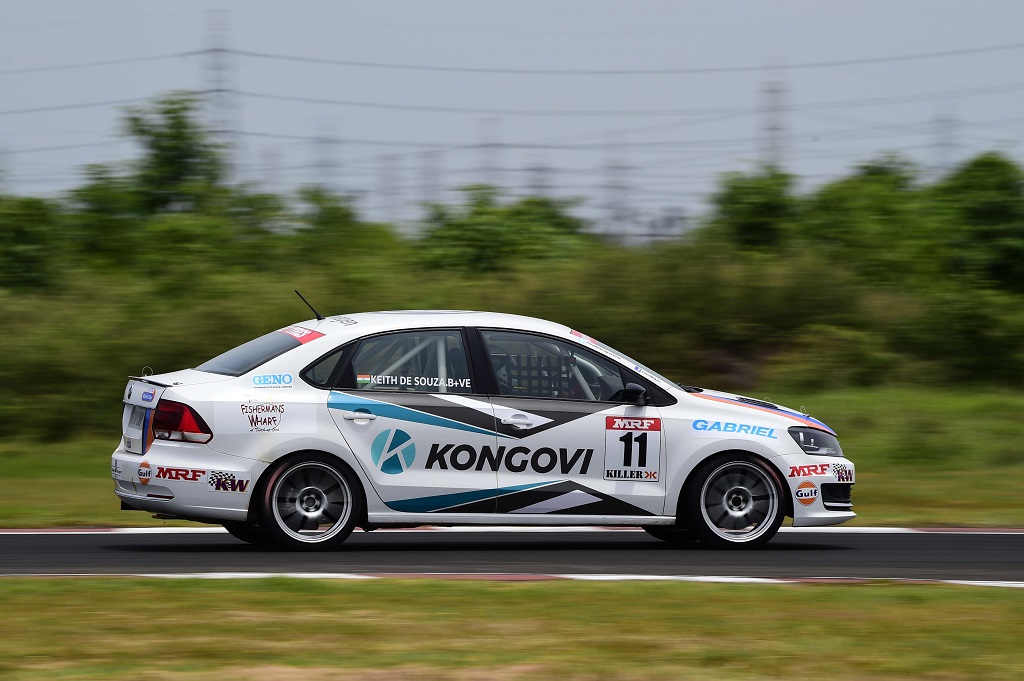 An excited race winner, Keith Desouza commented, “It was fantastic race for me. The Volkswagen Vento Cup race car was extremely consistent throughout helping me get to pace early in the weekend. Starting the race from second position was not the best but I took the lead at the first opportunity I got and held on to it till the end.” He further add, “Tomorrow I will start from eighth position and I am expecting another exciting race. There are quite a few guys ahead of me who have good pace.”