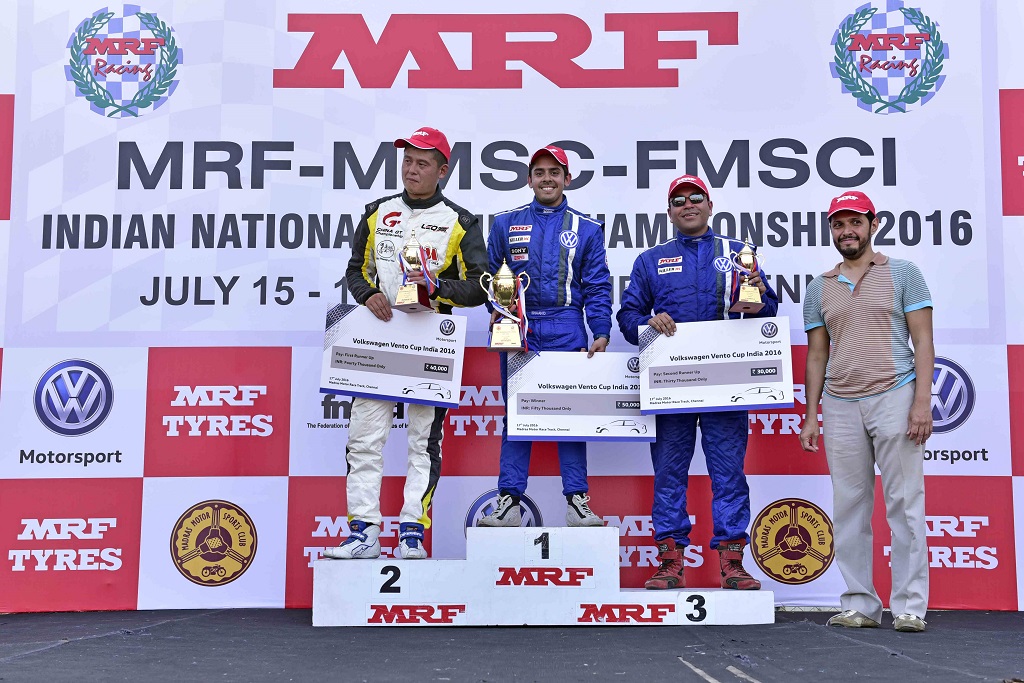 Starting on pole position was Chinese guest driver Li Huiwei followed by compatriot He XiXi in second. Title favourites Ishaan Dodhiwala and Karminder Pal Singh started in third and sixth positions respectively. Between them was guest driver Sirish Chandran in fourth and Aditya Pawar in fifth position. As the lights went off, Li Huiwei took a hole-shot and drove hard to build a strong lead ahead of the other drivers.  He Xixi stayed behind and defended his position for three laps before Ishaan overtook him to get into the battle for victory. By then, Li Huwei had built a lead of more than four seconds over Ishaan. Ishaan was persistent and kept giving his best. As both of them entered the last lap, there was 0.6 seconds gap between them. Li Huwei made a small mistake in the first section of the circuit and that allowed Ishaan to take the lead which he then carried to the chequered flag. 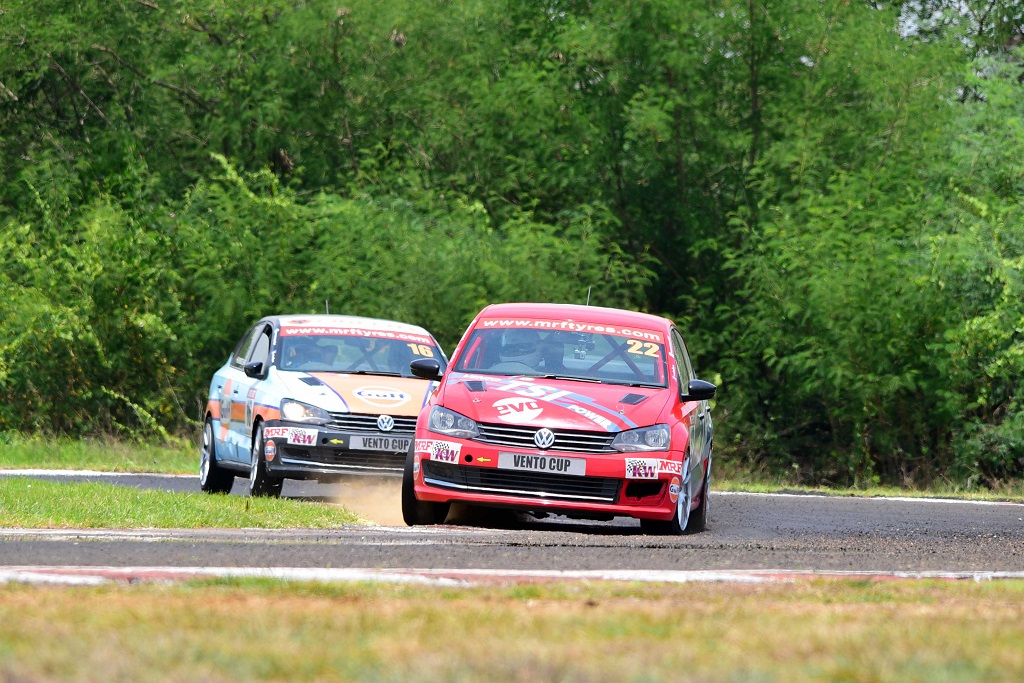 Behind the top two was a five-way battle for the third position between guest driver He Xixi, Aditya Pawar, guest driver Sirish Chandran, Karminder Pal Singh and Keith Desouza. Aditya Pawar and He Xixi got involved in a collision which put both of them out of the battle. Sirish Chandran put up a great fight and emerged third, ahead of the seasoned drivers – Karminder and Keith.

After winning the second race of the season, Ishaan Dodhiwala said “It was a very difficult race today. Getting past He Xixi wasn’t easy. Once that was done, my target was to get to Li Huwei. I did close up to him by the last lap and the small mistake that he made gave me the chance to get past. For sure, this one was the toughest race of the season so far.” 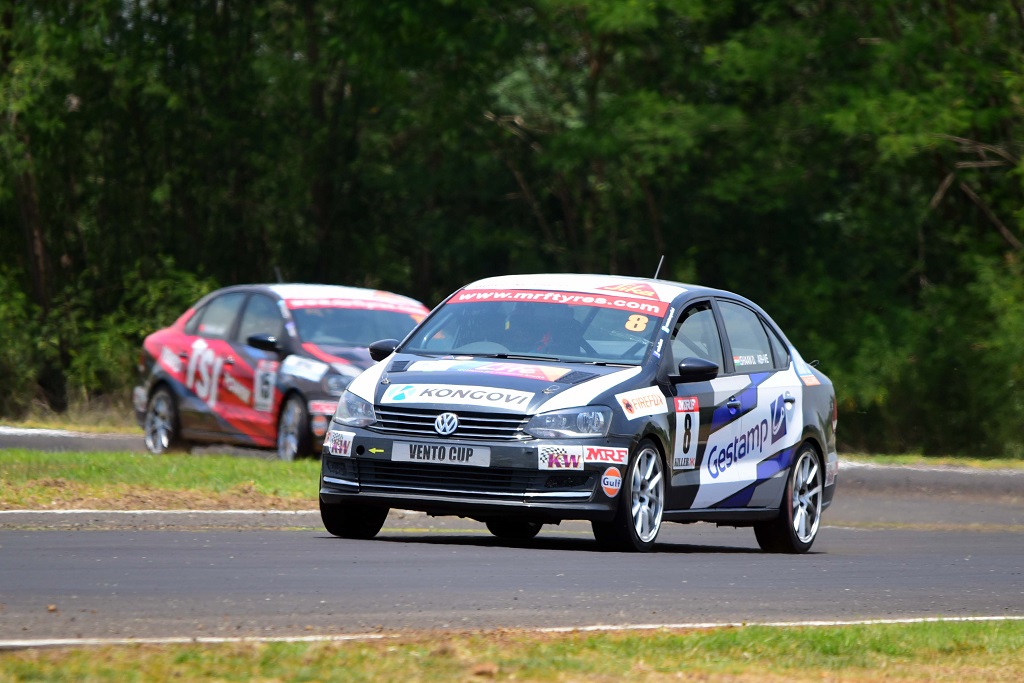 Guest driver Sirish Chandran, commented after finishing third, “The conditions were really difficult today. The temperatures were really high and retaining concentration till the end was definitely very tough.” Talking about the finish, he said, “All the drivers were pushing hard and the competition was really high. I am used to rallying where you are up against the clock, the conditions around you and the rally stage. Here, you are up against 20 other drivers who are driving as hard as you are and that’s the tough part. It was great to have finished on the podium in the end after putting in all those efforts.”

The last race of the weekend turned out to be the cleanest one. Niranjan Todkari took a solid victory by going from pole position to chequered flag without losing his lead throughout the race. This was the first win for Niranjan in the 2016 season and with this the Vento Cup 2016 has already seen four different winners in five races so far. Following him were Keith Desouza and Ishaan Dodhiwala who also retained their second and third spot on the grid all the way to the finish line. 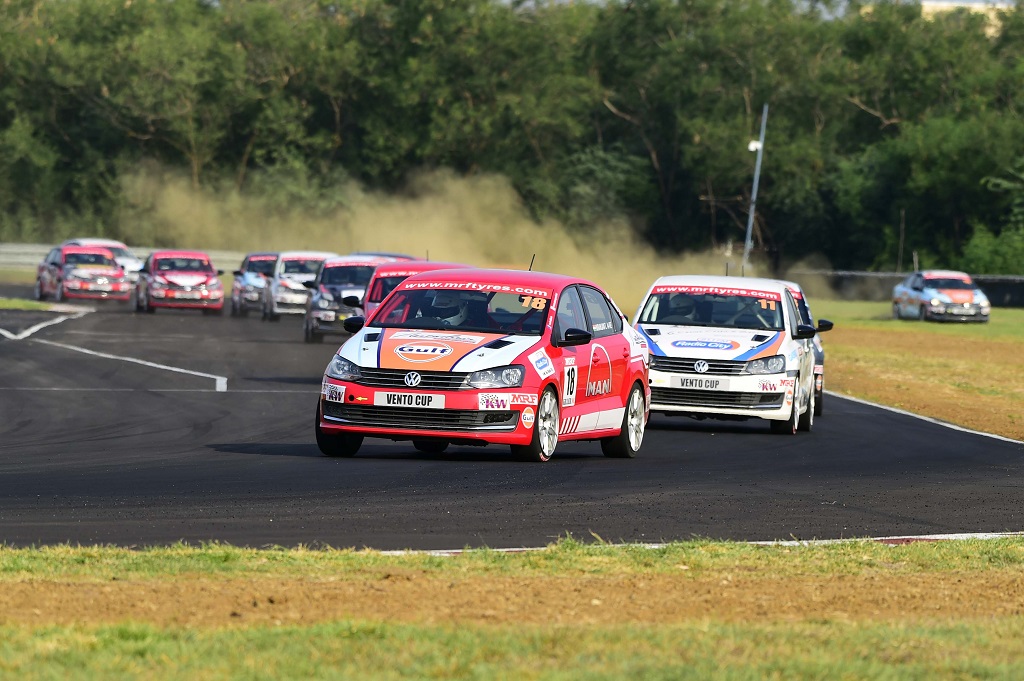 Karminder Pal Singh posts his second win of the season; Ishaan Dodhiwala finishes second to stay in the battle for the title