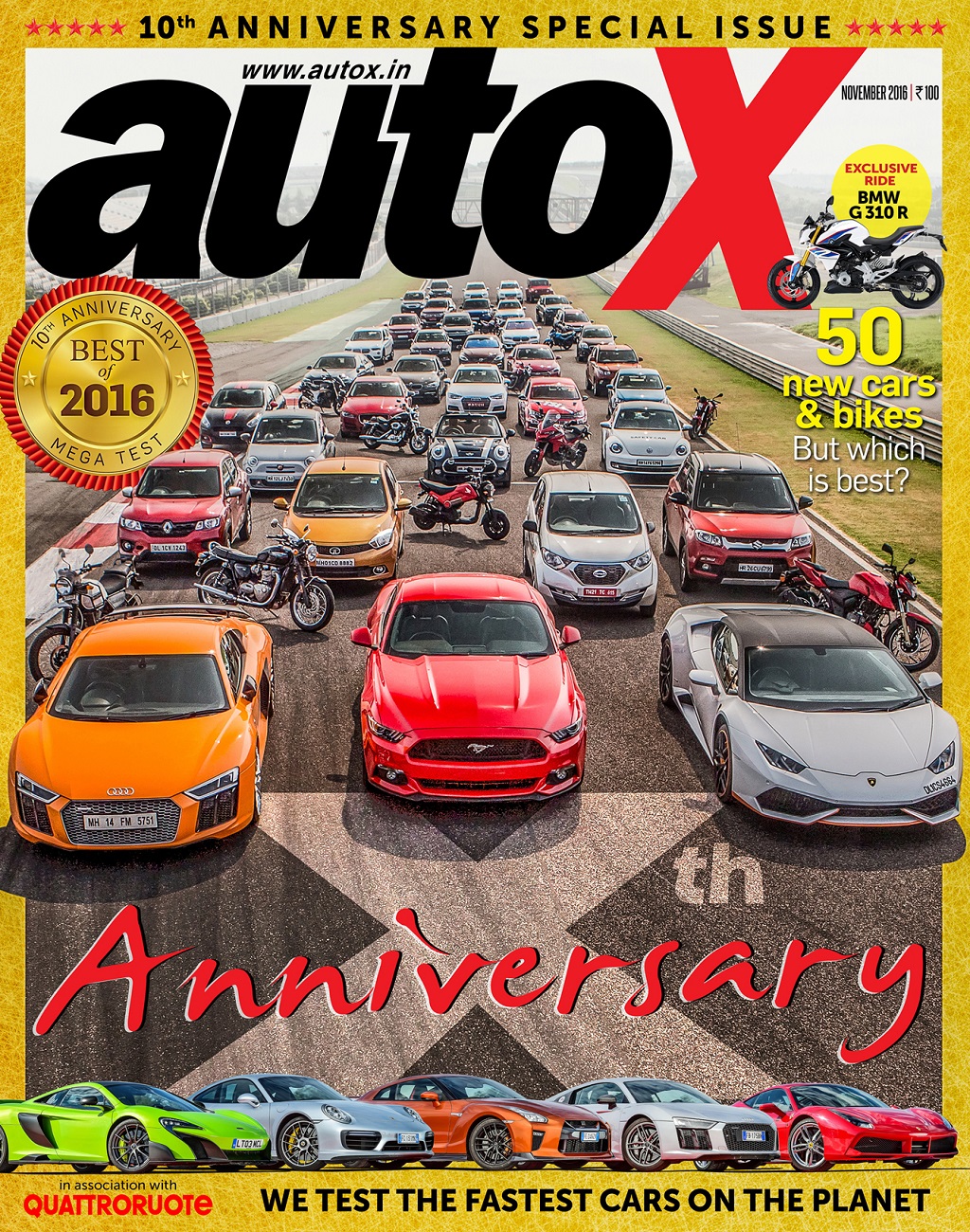 A special event was organized to celebrate the 10th anniversary of AutoX wherein the best vehicles of 2016 were announced after thorough evaluation over the span of three days. Top players of the automobile industry including Maruti Suzuki marked their presence in the event.

In a grand event held at the Buddha International Circuit, the ‘Best of 2016’ vehicles were announced recently. Marking the 10th anniversary of the fastest growing Indian motoring magazine, AutoX the event was organized on a massive scale. The top-five cars and top-three bikes of the year were announced in the event wherein almost 35 new cars and SUVs (including Ford Mustang, Datsun redi-GO), launched in the year 2016 and 15 bikes and scooters (ranging from the Ducati Multistrada to the Honda Navi) battled it out to be crowned as the ‘Best of 2016.’

The event was organized at the Buddh International Circuit wherein all the vehicles were evaluated over the span of three days by an experienced team of road testers who rated each machine out of a total score of 100 for quality, practicality, drivetrain, design, value-for-money, ride-and-handling, and much more.

After extensive testing, the ‘Best of 2016’ were declared. Commenting on the theme of the event, Dhruv Behl, Founder & Editor, AutoX said, “Thanks to the pent up demand and a number of new launches, the festive season this year has been a good one for the auto industry. In an effort to steer buyers towards the standout launches of the year, we objectively test and rate the most important new cars and bikes of 2016 in a completely transparent manner”. The ‘Best of 2016’ declared at the event are as follows- 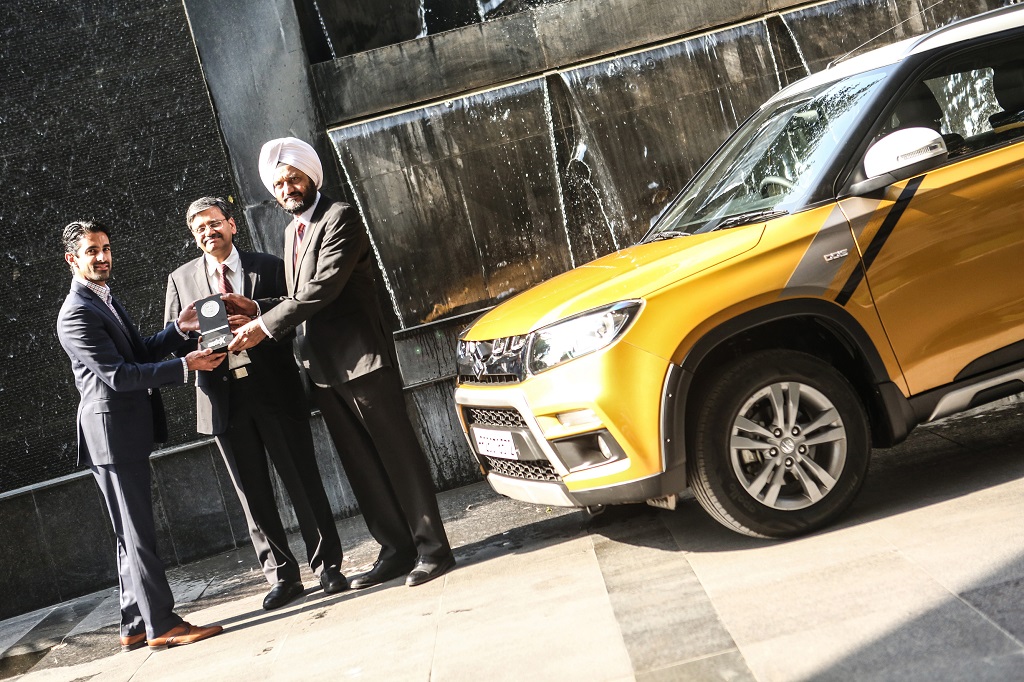 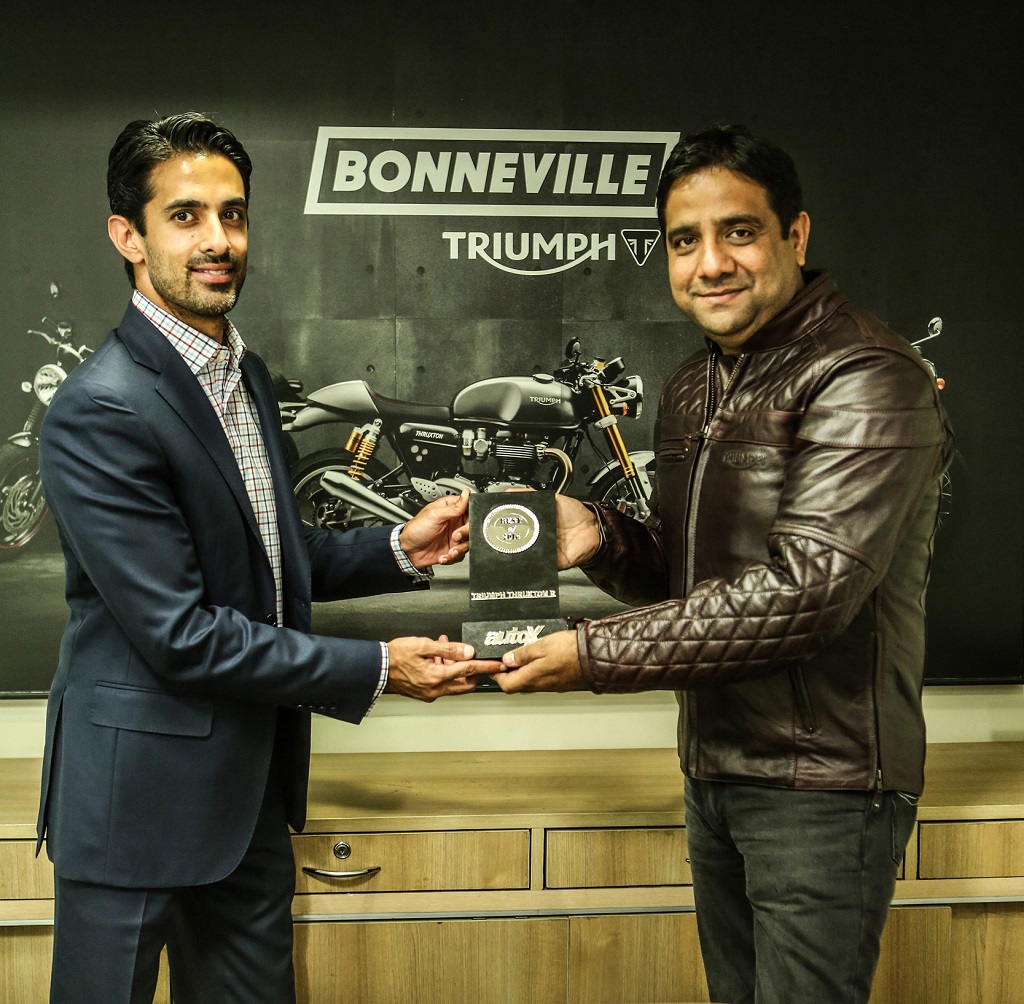 A ‘Special Performance Car of the Year’ award was also issued to the Lamborghini Huracan LP610-4.

Overwhelmed with the award, Mr. R.S. Kalsi, Executive Director, Marketing & Sales, Maruti Suzuki India Limited said, “The Vitara Brezza’s balance between style, sportiness and performance and has struck a chord with the customers who have given it an overwhelming response. The Vitara Brezza sets Maruti Suzuki on a strong footing in the Utility Vehicle space, and we are delighted to accept this award from AutoX. Your positive reviews and critical eye has helped us attain leadership in the new segments. Keep up the good work, team AutoX”.

“We are very happy to receive this highly sought-after and prestigious award from AutoX. With their keen expertise in the field, the AutoX team have put the Thruxton R through vigorous testing both on the road and at the Buddh International Circuit, and we are delighted that it has been crowned the AutoX ‘Best of 2016.’ The Thruxton is undoubtedly one of the best modern classic motorcycles available in the world today, and we are very proud that it has received such adoration – not just here in India, but across the globe,” said Vimal Sumbly, MD, Triumph Motorycyles (India).

This anniversary issue is a milestone for AutoX, as it encompasses ten years of passion and commitment towards delivering the highest quality content to the Indian consumers and enthusiasts. AutoX provides objective vehicle reviews across the spectrum and is also the only motoring magazine to conduct monthly performance testing at the Buddh International Circuit.

Exciting features, with a bit of a twist, and motorsport are taken equally seriously as well, while some of the most exhaustive tests ever conducted are made available via AutoX’s international partners, Quattroruote – Europe’s most authoritative car magazine since 1956, and the only publication in the world to have its own FIA-certified test track. All of this enables AutoX to provide Indian readers with the best motoring content in the world.

The 10th anniversary special issue is available for sale at stands across the country for just Rs 100. A digital version of the magazine is also available from the digital newsstand Magzter (www.magzter.com). Special features and videos are available via the AutoX website and social media platforms, which can be accessed via www.autox.in.

AutoX, fuelled by passionate motoring junkies since September 2006, is the fastest growing automotive lifestyle publication & portal in India. Our reviews meet the highest standards of editorial quality & integrity – and we’re fortunate that readers rate the quality of our content among the best in the motoring world globally. Through our comprehensive tests and unique features, we put our readers in the driver’s seat of the most exciting industry in the country. Everything we do is driven by: Heart. Soul. Passion. Emotion. Our decade-long journey has been both exciting and eventful, during which time the AutoX brand has become widely recognized as one of the most trusted and respected names in the industry.

Comnet Publishers Pvt. Ltd. (an ISO 9001:2008 & 14001:2004 certified company) is a part of the leading Exhibitions India Group – a leading trade promotion group established in 1987 that is one of the pioneers of trade fairs in India, with allied businesses in sales representation, consulting, publishing, conferences, travel & hospitality, and display design.