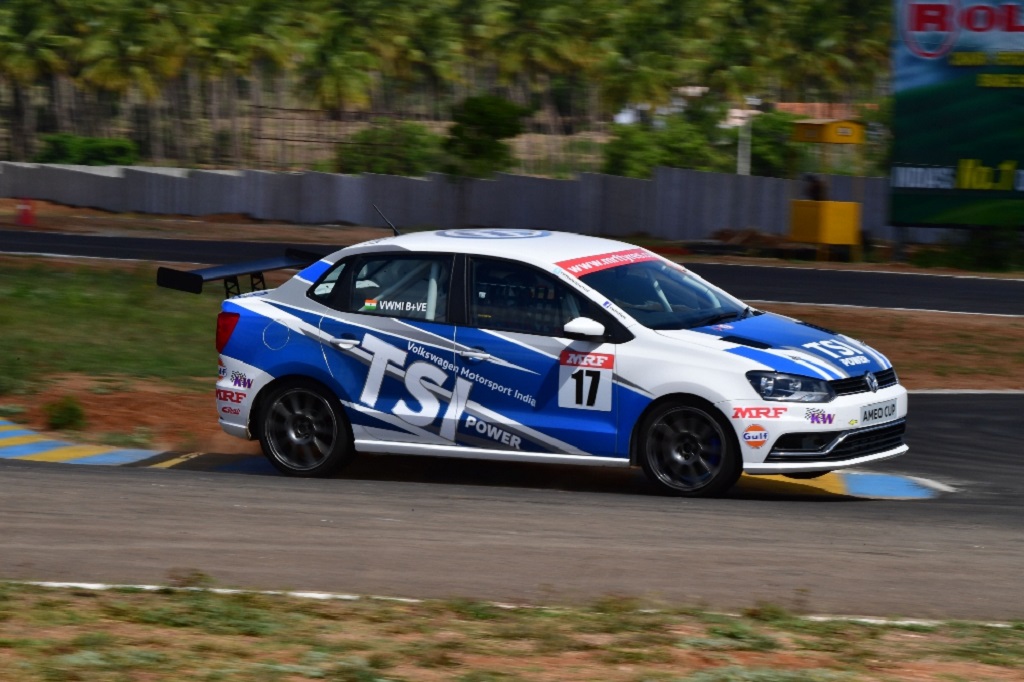 Pune, July 07, 2017: Volkswagen Motorsport India is all set to excite its fans with racing action later this month with its one make series – Ameo Cup 2017. As a part of its commitment to motorsport in India and to nurture young racing talent, the one make series gives an opportunity to amateur racers through its selection process. The driver selection process for its upcoming season of Ameo Cup concluded earlier this year and 10 young racers have been chosen to race in this premium one-make touring car series.

Receiving an overwhelming response, the selection process had gathered over 620 entries from across the country and through various stages shortlisted over 15 racers. After being judged on various criteria such as fitness, driving skills, grasping & learning ability and discipline, final 10 were selected for the 2017 season. Karminder Pal Singh was awarded a wild card entry for his flawless driving in a special race weekend in the outgoing Vento Cup race cars held earlier this year at Buddh International Circuit. 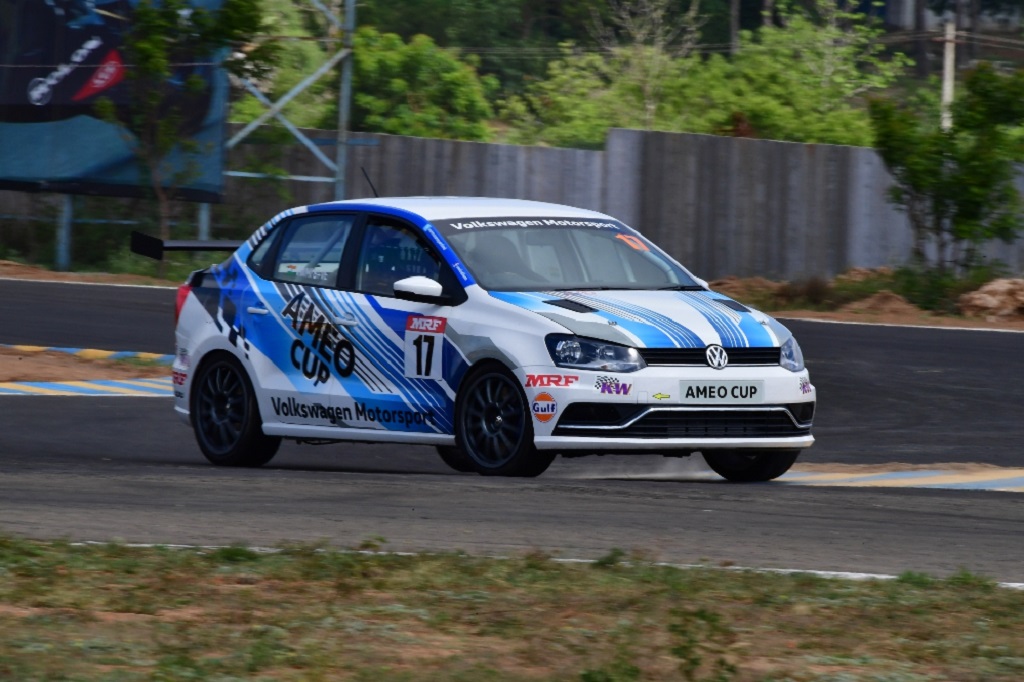 Eight drivers from previous seasons of Volkswagen Motorsport India’s Vento Cup and Polo Cup will complete the grid with 10 new drivers and two from Bangladesh. During the season, more international racing drivers are expected to make appearances as guest drivers for single rounds as a part of exchange programme run by Volkswagen Motorsport globally. The grid comprises of 20 fixed drivers in all who hail from various cities and belong to more than one nationality. The final drivers of the 2017 season will undergo a Fitness Camp and a Pre-Season Testing before the first competitive round of the year.

Mr. Sirish Vissa, Head of Volkswagen Motorsport India, commented “The number of racing talents that register for the selection process of our one-make series is remarkable and it is becoming increasingly difficult for us to shortlist the amateur racers from this talented lot. We have witnessed improvement in the racing knowledge of these young budding racers from the time we started our one make series back in 2009. Each year we receive multiple entries from aspiring racers and it is our goal to develop and nurture such young racing talent in this country.” He further added, “This year we have selected 10 young racers along with two from Bangladesh who have shown interest in honing their race craft and making their mark in competitive racing in the country.” 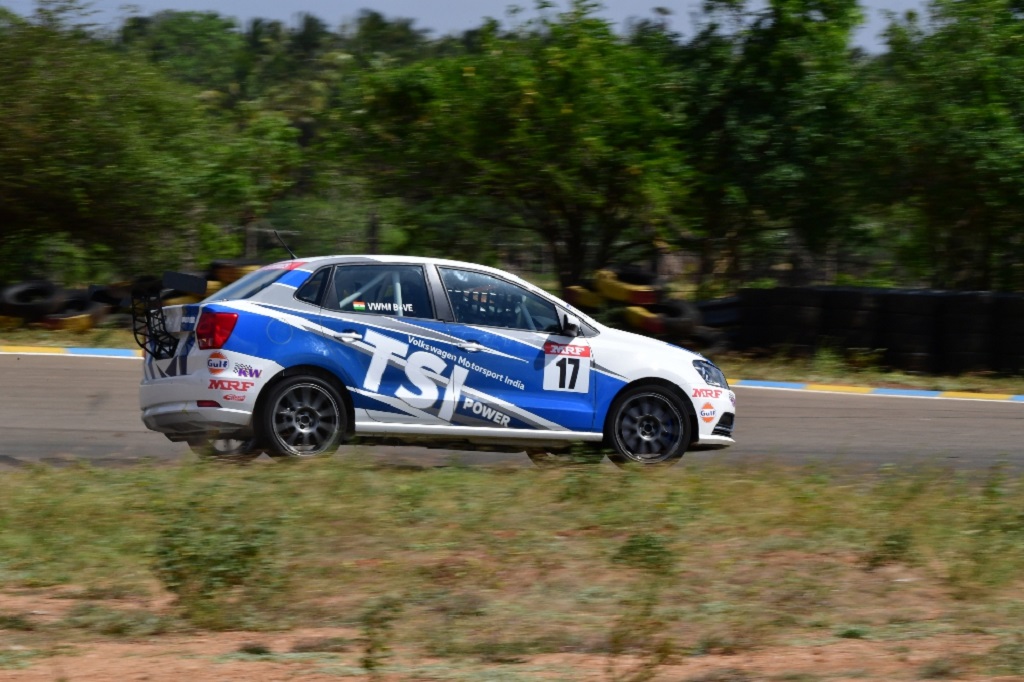 Volkswagen Motorsport India will run its premium one make racing series as a part of the 2017 MMSC FMSCI Indian Racing Championship. The 2017 season will comprise of a total of four rounds across three race tracks in India – Kari Motor Speedway, Coimbatore; Madras Motor Race Track, Chennai and Buddh International Circuit, Greater Noida. The season will commence from July 15th, 2017 in Coimbatore and immediately move to Chennai for Round 2 on the 21st July, 2017. 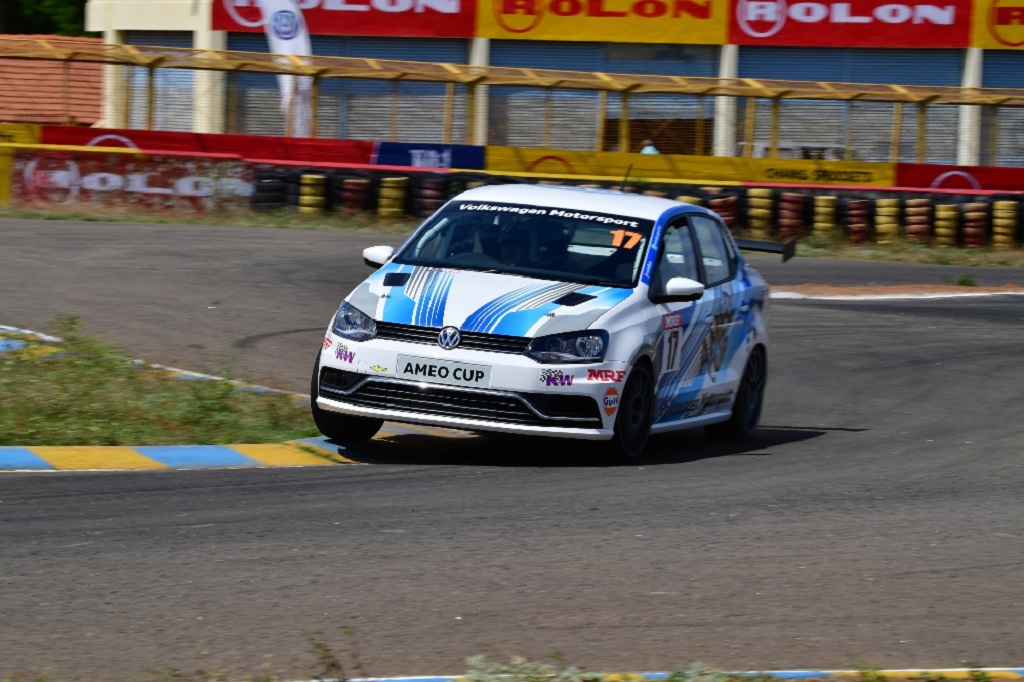 The following drivers will form the grid of the Volkswagen Ameo Cup 2017*:

The provisional schedule for the four rounds of Ameo Cup 2017 stands as below:

With three podium finishes including two victories, Ishaan gets one more step closer to the Vento Cup 2016 title Karminder Pal Singh and Keith Desouza post competitive results to stay in the challenge The second […]