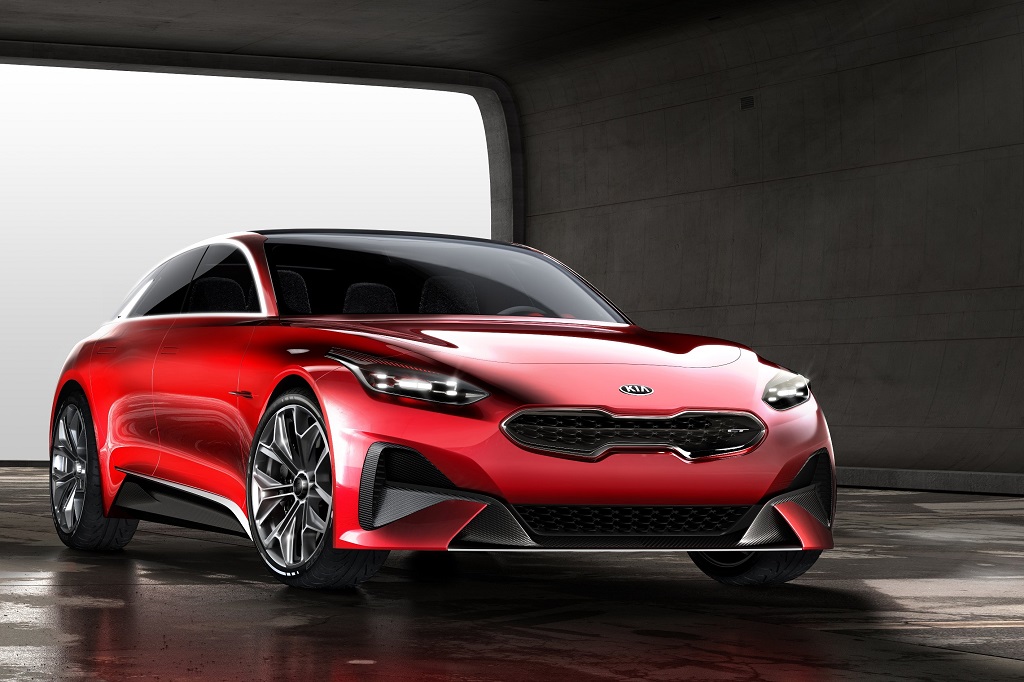 Designed at Kia’s European design centre in Frankfurt, just 500 metres from where it will be unveiled, the Proceed Concept indicates what the next-generation cee’d could look like. 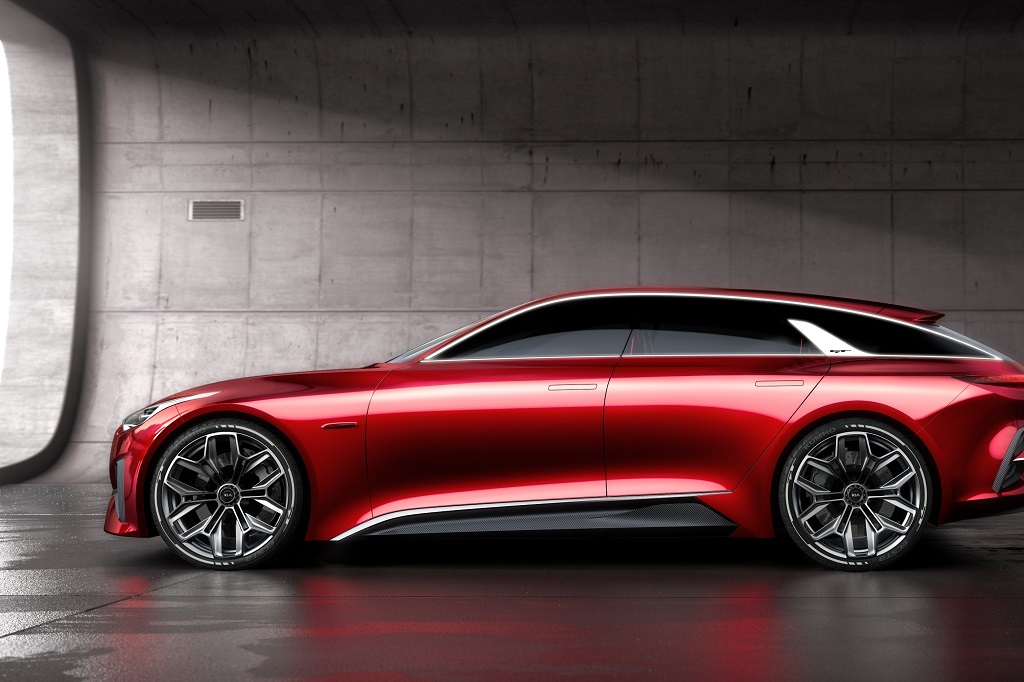 The concept presents a new body type for Kia. The extended hot hatch retains the athleticism of the current pro_cee’d model, while combining its striking visual presence with a dash of real-world versatility. Reworked and reimagined for a new generation of driver, it puts forward a bold vision for a potential member of the next-generation cee’d family.

Gregory Guillaume, Chief Designer Europe for Kia Motors, commented: “With many European drivers now seeking performance alternatives to the three-door hot hatch, we began thinking about a different halo model for the cee’d family. The Proceed Concept represents a bold new vision of how the vibrant soul of the pro_cee’d could be reincarnated and revitalised for a new generation of performance-oriented drivers.” 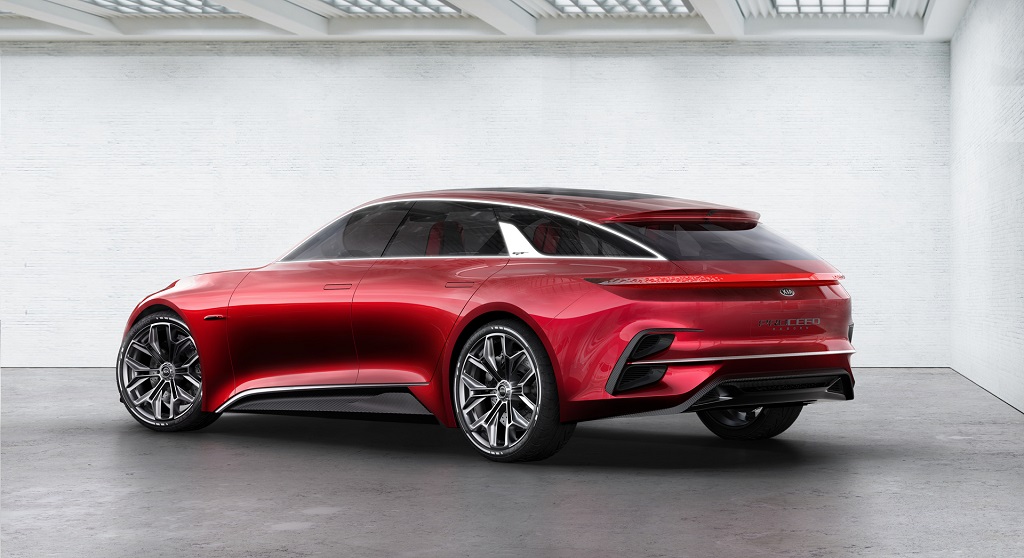 Low, lean and lithe, the Proceed Concept’s rakish roofline, muscular proportions and compact footprint hint at its outright agility. The silhouette of the car is complemented by a series of distinctive design cues. A dynamic window frame follows the roofline to the rear tailgate, while the striking ‘Sharkblade’ in the bodywork, complete with GT logo, reinforces its lack of B-pillars. Lateral strakes exaggerate the Proceed Concept’s slim waistline and lend an air of muscularity to the rear of the car. It runs on six-spoke aluminium alloy wheels, 20 inches in diameter.

Where daytime running lights have become a key element in a car’s identity, the Proceed Concept uses light in other ways. The concept features a ‘Luminline’ – an illuminated outline of the car’s glasshouse that greets drivers as they approach the car. This serves as a powerful nocturnal visual identifier for the Proceed Concept, highlighting its fastback shape.

The concept’s dramatic roofline flows into a tailgate characterised by its stacked air vents, and the rippled surface of a rear light strip inspired by molten ferromagnetic metal.

Its stance and proportions may be new, but the Proceed Concept features many of Kia’s now familiar design motifs. The iconic ‘tiger nose’ grille, the sculpted ‘island’ bonnet inspired by the Stinger, the castellated windscreen, the full-length roof glazing, and Kia’s inimitable mix of curvaceous sheetmetal and taut creases. Each element singles out the Proceed Concept as a truly modern Kia.

The concept is finished in bespoke ‘Lava Red’ paintwork. This has been created by combining multiple hand-applied layers of black, chrome-effect silver, and red-tinted lacquer for a glossy, lustrous paint finish.

Kia will unveil the Proceed Concept on 12 September on the Kia stand, located in Hall 9 of the Frankfurt Messe exhibition centre.

An important conquest model for Kia in a fast-growing segment Eye-catching, confident, SUV-inspired design Combines agile handling and a sporty ride for an exciting drive Powered by a range of gasoline and diesel engines, including […]