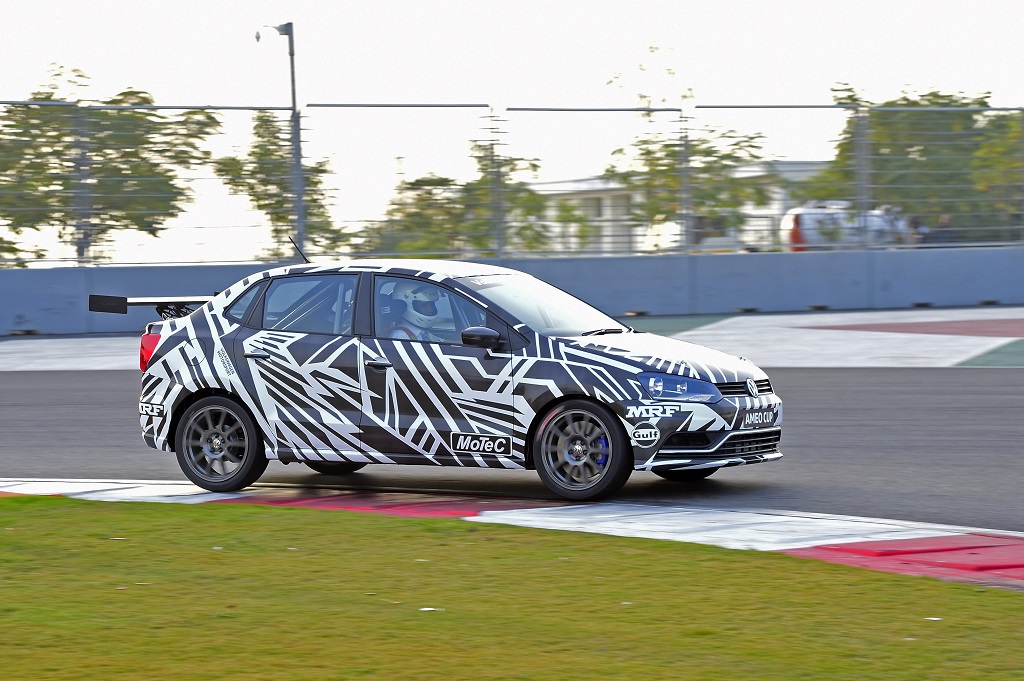 Greater Noida, January 28, 2017: Volkswagen Motorsport India’s one make series, Ameo Cup 2017 is getting ready to hit the Indian circuits. The race counterpart of the ‘made-for-India’ and ‘made-in-India’ Ameo – the Ameo Cup race car – has been undergoing development at the Volkswagen Pune Plant in Chakan for the last several weeks. The race car was tested for the first time today on the sidelines of the MRF Challenge event being held at the Buddh International Circuit (BIC).

The Ameo Cup race car will now commence its journey into the motorsport arena with a long and rigorous testing process that began today. Multiple National Karting Champion & Driver Coach Raymond Banajee tested the race machine for the first time to gather crucial data for its further development. Using this data, the race car will be tuned and set up during its next phase of development.

“The last few weeks have been extremely exciting for us as we have put together the first iterations of Ameo Cup race car”, said Mr. Sirish Vissa, Head of Volkswagen Motorsport India, “After a lot of hard work, the race machine has started taking form we have been aiming for.”

To be hosted as part of the MMSC-FMSCI Indian National Racing Championship, the one-make series of Volkswagen Ameo Cup 2017 will follow the same format as Volkswagen Motorsport India has been running for the past years. The 2017 season is scheduled to begin by mid-year.

Volkswagen India launches the Crest Collection, an amalgamation of German Engineering and Style