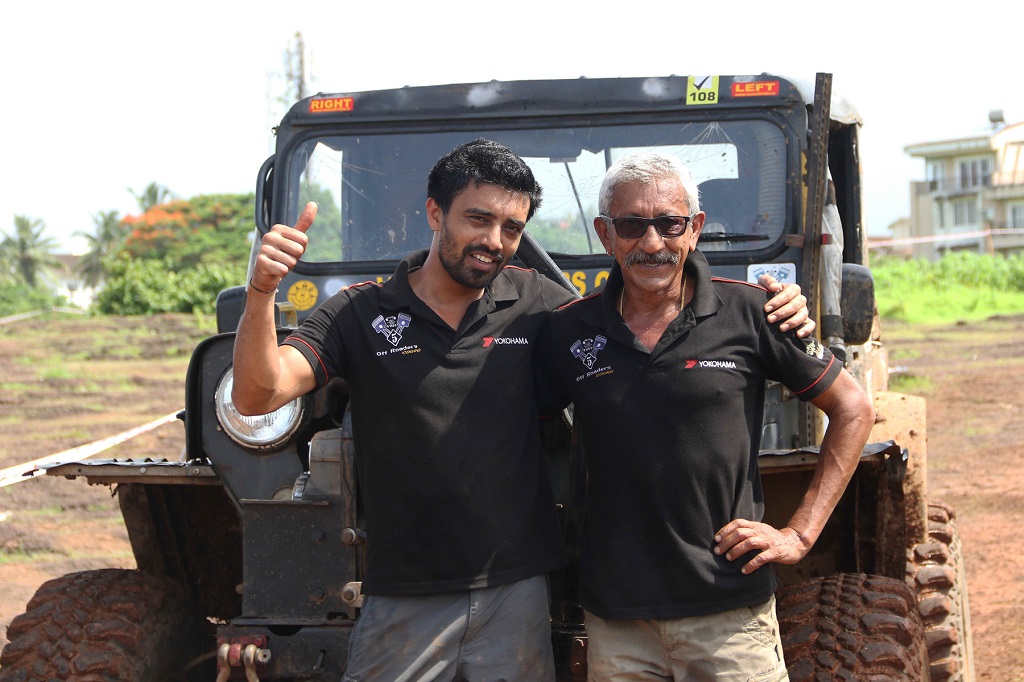 New Delhi, November 17, 2017: After impressing everyone with their incredible performance at the Force Gurkha RFC India 2017, Veteran Rallyist Jagat Nanjappa and co-driver Chetan Changappa are all set to hoist the tricolor on the Malaysian soil at the 21st edition of the Rainforest Challenge Global Series Finale. To be held from 24th November to 5th December, RFC 2017 Global Series Finale is going to be a grand clash of the best offroaders from across the globe, as they compete for the winner’s trophy at one of the top 10 toughest motor races in the world.

RFC 2017 Grand Final is the culmination of the Global RFC Series, which has 25 editions worldwide in countries like India, Australia, Russia, China, Vietnam, Thailand, Sri Lanka, Korea, Myanmar, Ukraine, Balkans, South Europe and North Europe among others. In India, the event was launched in 2014 by Delhi-based Cougar Motorsport Pvt. Ltd. and despite being only four editions old, has gained enormous acclaim across the international offroading fraternity.

Jagat Nanjappa and Chetan Changappa sealed their entry into the RFC Global Series Finale this year due to an exceptional performance at Force Gurkha RFC India 2017, wherein they claimed the overall second position. When asked about his plans for the forthcoming event, Jagat shares, “I went to watch the RFC Malaysia event in 2011 and was amazed by the level of vehicular modifications and equipment at play. After 37 years of racing in India, this is my maiden opportunity to go abroad and compete. I want to put every bit of effort in it and win it for my country. To prepare for the challenges ahead, Chetan and I have adopted a tougher fitness regime, as the competition is going to last for 10 days which is a bit longer than its Indian version. We plan to land there and acclimatize ourselves with climate & the vehicle a few days prior to the flag-off. We want to stay cool, carefully walk our path and try to clinch a podium finish. Rest, we have our fingers crossed, let’s see how it fares out.”

Speaking of his vehicle, Mr. Nanjappa explained, “I’ll be driving a rented modified Jeep, turbocharged with a 2L Petrol engine. We are using a mechanical winch, which happens to be faster than the electrical ones. I’m satisfied with the vehicle and I’m hopeful that it’ll perform well.” At the age of 59, Mr. Nanjappa carries with him a vast experience in offroad motorsports and has been a celebrated Motorcyclist and rallyist, having won the prestigious National Rally Championship nine times in his illustrious career, before entering into offroading.

Cougar Motorsport has played a pivotal role in helping Nanjappa realize his dream of representing India at this prestigious international event. The organization is supporting Team India by sponsoring their RFC 2017 Grand Finale entry ticket worth $3,900 and return airfare to Malaysia amounting to $914. Moreover, Cougar Motorsport is contributing a significant amount towards the cost of hiring ($6,150) the competition vehicle.

As per Cougar Motorsport’s Director Mr. Ashish Gupta, “Ever since we brought RFC to India, I have dreamt of seeing an Indian team emerge as an overall champion at the Global Series Finale. We tasted a milestone victory last year at the RFC Global Series Final with Team India winning their category for the first time ever. That victory said a lot about the massive progress that has been made by Indian offroaders in such a short span since the launch of RFC India. My belief that Indian offroaders are very much capable of giving a tough fight to the international offroaders was strengthened by the incredible performances we witnessed this year at RFC India. I am confident that Jagat Sir and Chetan would deliver an outstanding performance and make India proud at the international offroading stage.”

This year’s edition of RFC Global Series Finale will start in Kuala Lumpur and subsequently travel to Pahang, the biggest state in Malaysian peninsula and a tropical paradise for sports & adventure-based tourism. The event will have twenty-four Special Stages (SS) that will be divided into four progressively difficult competitive legs – the Prologue, the Predator, the Terminator and the Twilight Zone. The competition will test the competitors’ strength, endurance, driving and vehicle recovery skills under extreme off-road conditions and the team with the maximum points at the end of all the SS will be announced as the winner.

This is the third attempt by an Indian team at RFC Global Series Finale. Chandigarh’s Gurmeet Virdi and co-driver Kirpal Singh Tung successfully won their category in the previous edition of the competition. Though the top 4 teams from Force Gurkha RFC India 2017, including Champions Gurmeet Virdi and Kirpal Singh Tung, qualified for the mother event in Malaysia, the other three teams are unable to participate due to personal commitments. Therefore, Jagat Nanjappa and Chetan Changappa would be the sole team among the RFC India 2017 Top Four that would represent India at the mega event this year.