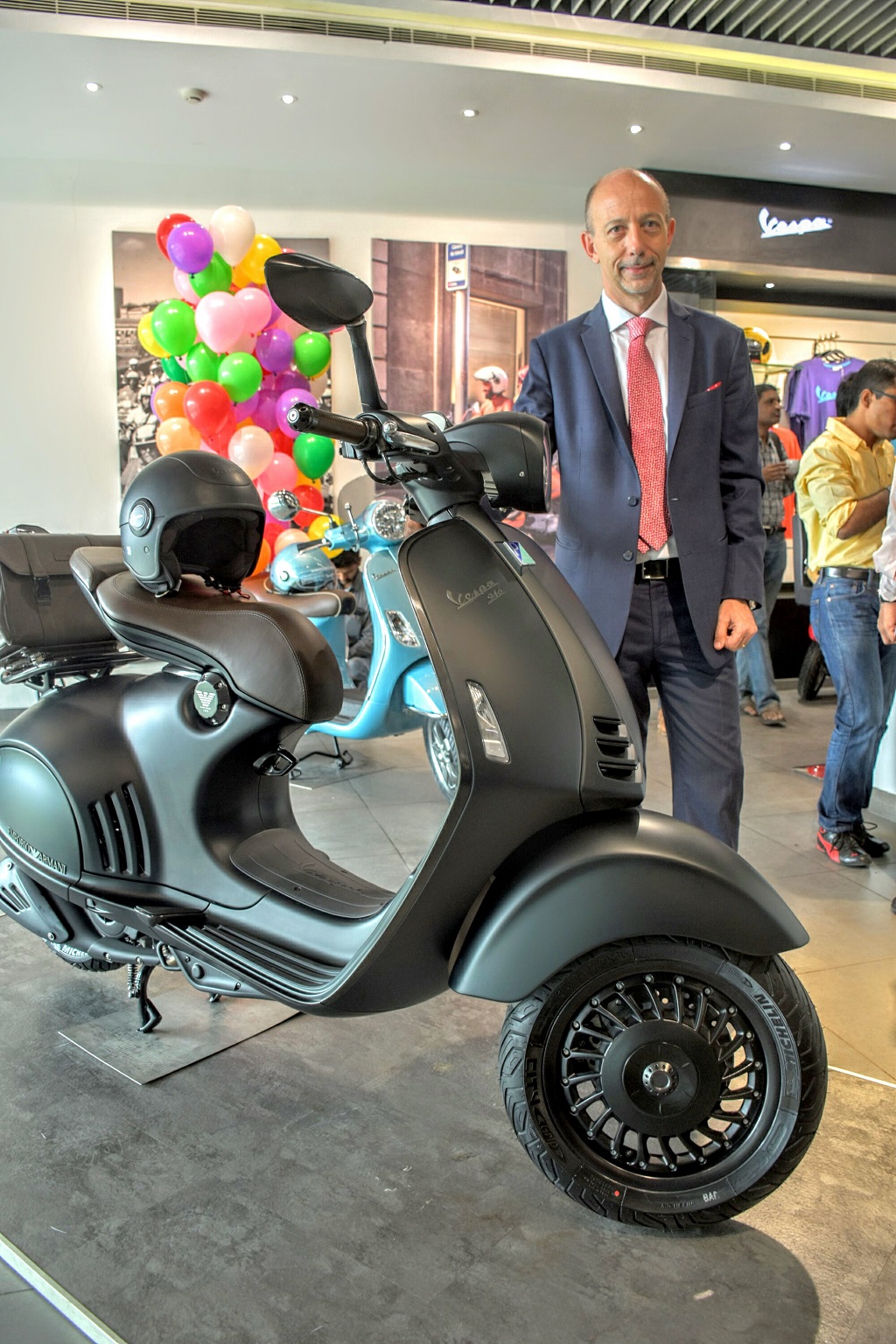 The Piaggio Group today expanded its portfolio for Vespa in India by unveiling two exclusive products in the country – the Vespa 946 Emporio Armani and Vespa 70th anniversary special edition. These bikes not only symbolize elegance, style and sophistication but are also synonymous with Italian craftsmanship. These iconic bikes will add to Vespa’s signature portfolio in India. The Vespa 946 Emporio Armani will be available in India as CBUs and will be sold through Piaggio Group’s Motoplexs. The Vespa 70thanniversary edition will be produced in India and will be available through wide network of Vespa dealers across India.

The Vespa 946 Emporio Armani, was developed jointly by Giorgio Armani and Piaggio to celebrate two of Italy’s most established symbols of style and creativity.  To mark the year 2015 – the 40th anniversary of the foundation of Giorgio Armani and the 130th birthday of the Piaggio Group – Emporio Armani designed a special version of the Vespa 946. In keeping with Armani’s signature subdued colour palette, the designer has come up with a special combination of greys with subtle hints of green visible only under particular light conditions for the project.

The name ‘Vespa 946’ alludes to the year – 1946 – that this scooter, which has become popular around the world, was first made. The design of the new Emporio Armani is a modern reinterpretation of the original Vespa style. The metallic parts have been treated in order to convey a matt effect in line with the body finishings. The words ‘Emporio Armani’ appear on the side, while the iconic eagle logo of the brand sits above the headlight. 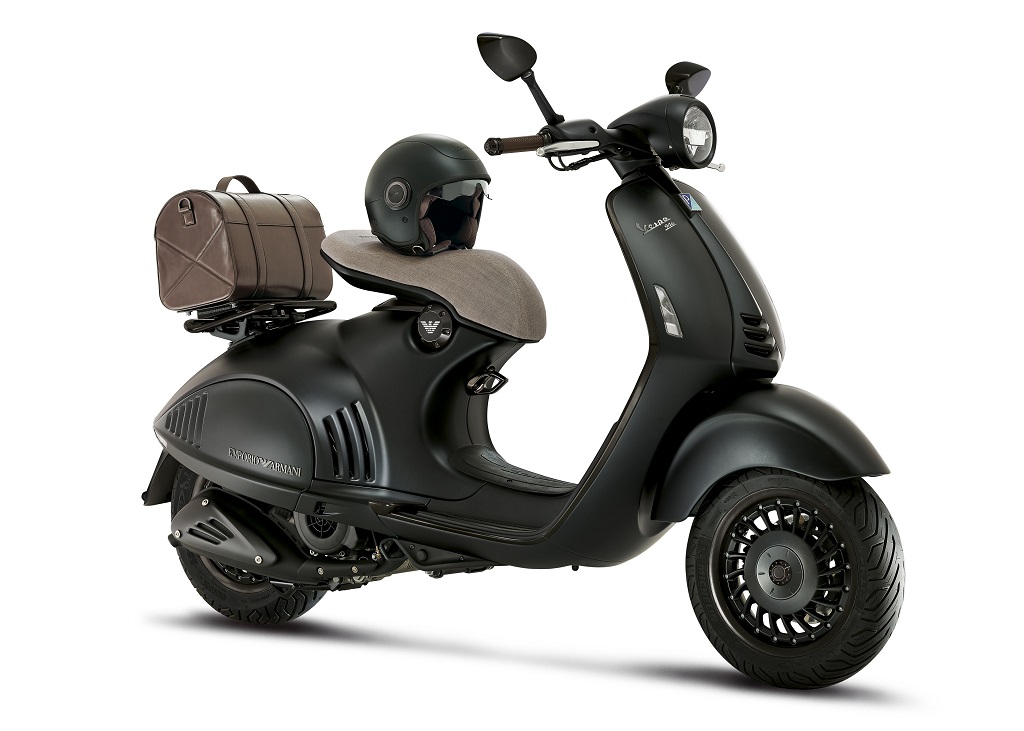 On this occasion Mr. Stefano Pelle, Managing Director and CEO, Piaggio Vehicles Private Limited (PVPL), said, “The Vespa 946 Emporio Armani brings together two well-known Italian brands which have achieved iconic status world over. We are delighted to bring this exclusive bike to our patrons in India who can truly comprehend and appreciate the luxury appeal of the bike. Crafted to perfection this bike has a classic design aesthetic with a contemporary twist”. 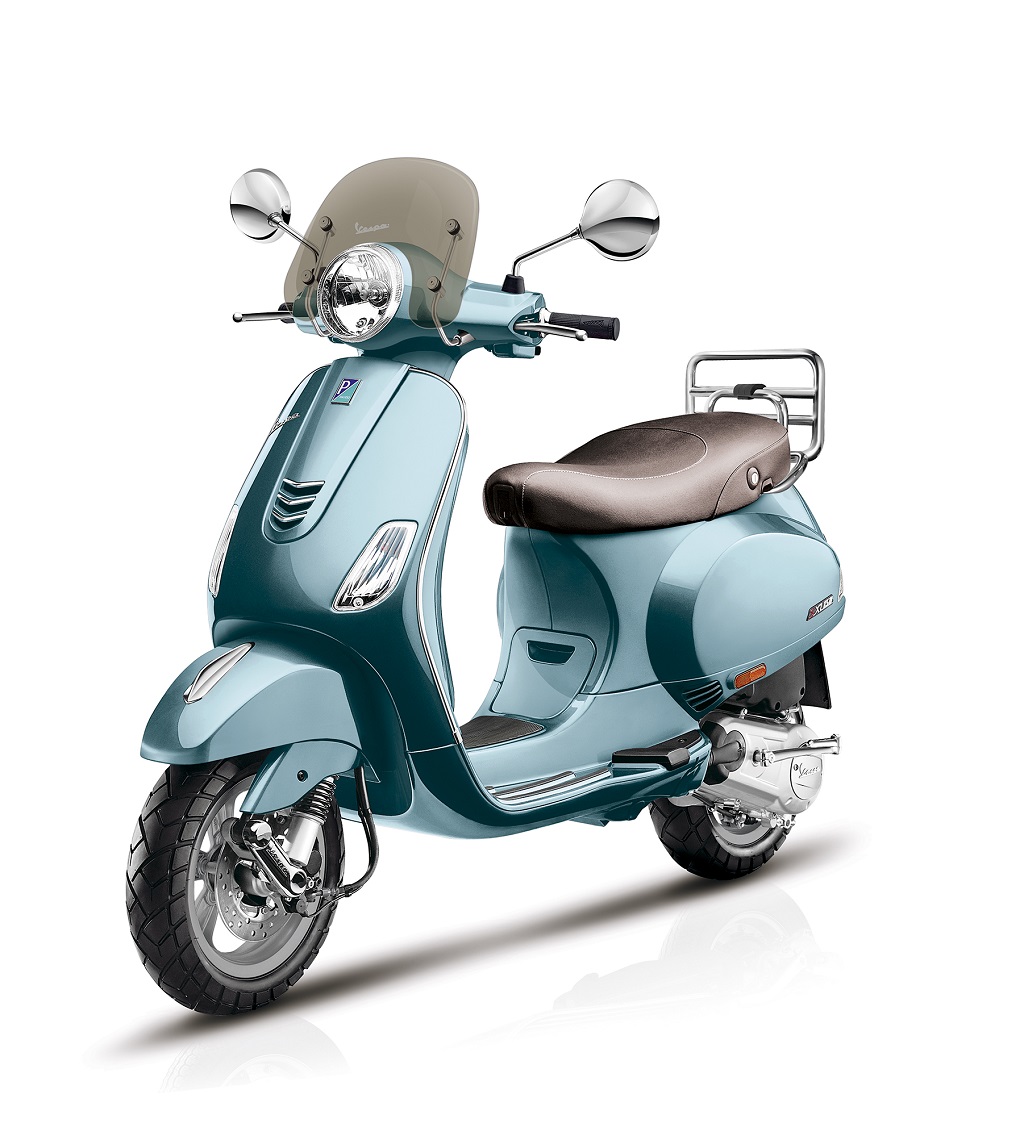 To commemorate the 70th anniversary of the Vespa, the Piaggio Group is paying homage to the most beloved scooter of all times with a special edition – The Vespa 70th Anniversary Edition. With this, the Piaggio Group celebrates the heritage of a vehicle that has surpassed its performance of agile and fun city commuting to achieve a cult status across the world.

In India, Vespa is marking the 70th anniversary of the brand by unveiling a special edition of the Vespa VXL from its current portfolio. The bike has been personalized with special features which reflect its Italian heritage.

Commemorating the 70th anniversary of the Vespa, Mr. Pelle added, “Since the inception in 1946, Vespa has been an icon of mobility in the two wheeler segment, a true global brand that has brought varied cultures together, uniting them under one passion. With the Vespa 70th Anniversary Edition, Piaggio pays a tribute to that iconic vehicle that has changed the face of scooters forever. This bike unites all characteristics of Vespa over the years, emphasizing Italian design, culture and heritage”. He further added, “It brings us immense pleasure to introduce the Vespa 70th Anniversary Edition here in India and we hope to replicate the success achieved in other countries also here”.

Mumbai, March 2nd 2017: With the launch of the all new Aprilia SR150 RACE, Aprilia recently launched a new marketing campaign – #RaceToWin, targeting all Aprilia enthusiasts, the campaign has been rolled out across print, […]