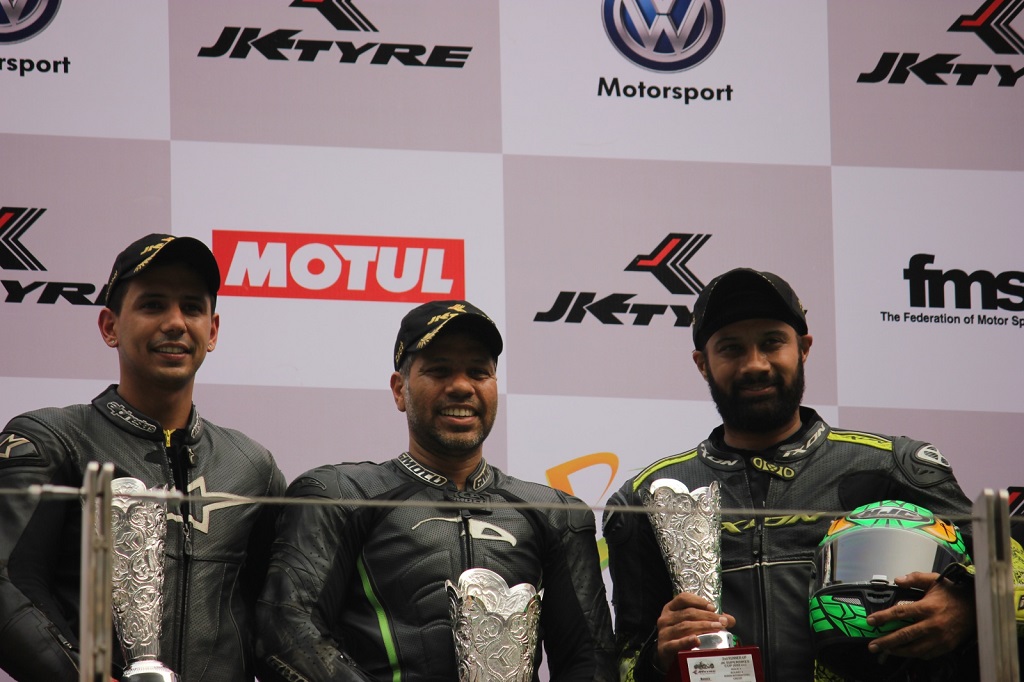 After a successful first outing at the JK Tyre racing championship held in October which saw Mr. Vijay Singh, Mr. Gurvinder Singh and Mr. Archit Kumar taking pole positions on the Daytona 675. The Triumph Daytona 675 once again took the track for the Grand Finale of JK Tyre in front of a packed house at the Budh International Circuit. During the closely fought competition over eight laps the winners were Mr. Juzar Motiwala, Mr. Vijay Singh and Mr. Gurvinder Singh. 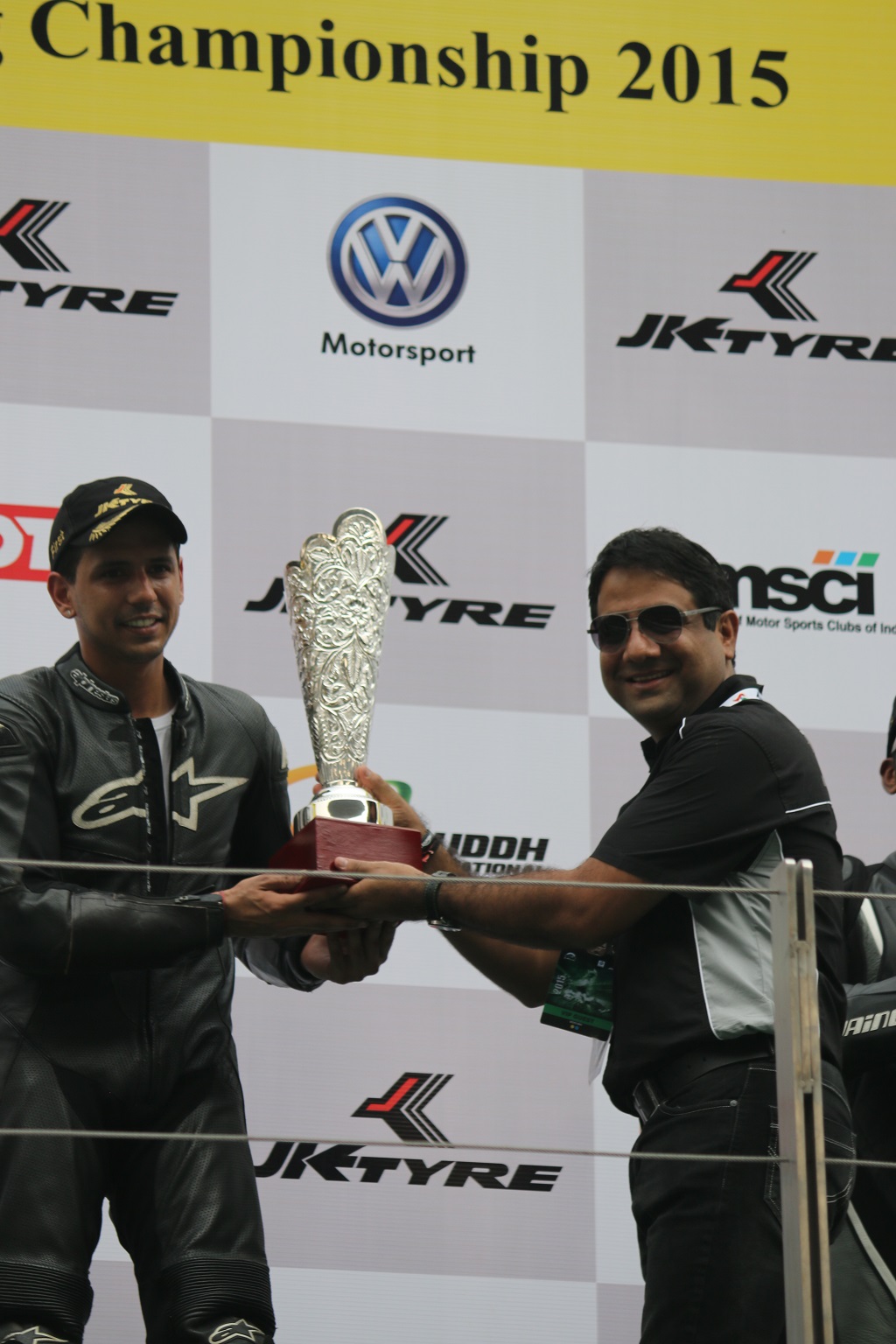 However basis the points carried forward from the previous races this year’s JK Tyre Racing Championship for the 600 cc was won by Mr. Vijay Singh with Mr. Gurvinder Singh coming second and Mr. Archit Kumar third, Once again the championship saw all the three podium positions within the 600cc category going to the riders on Triumph Daytona. 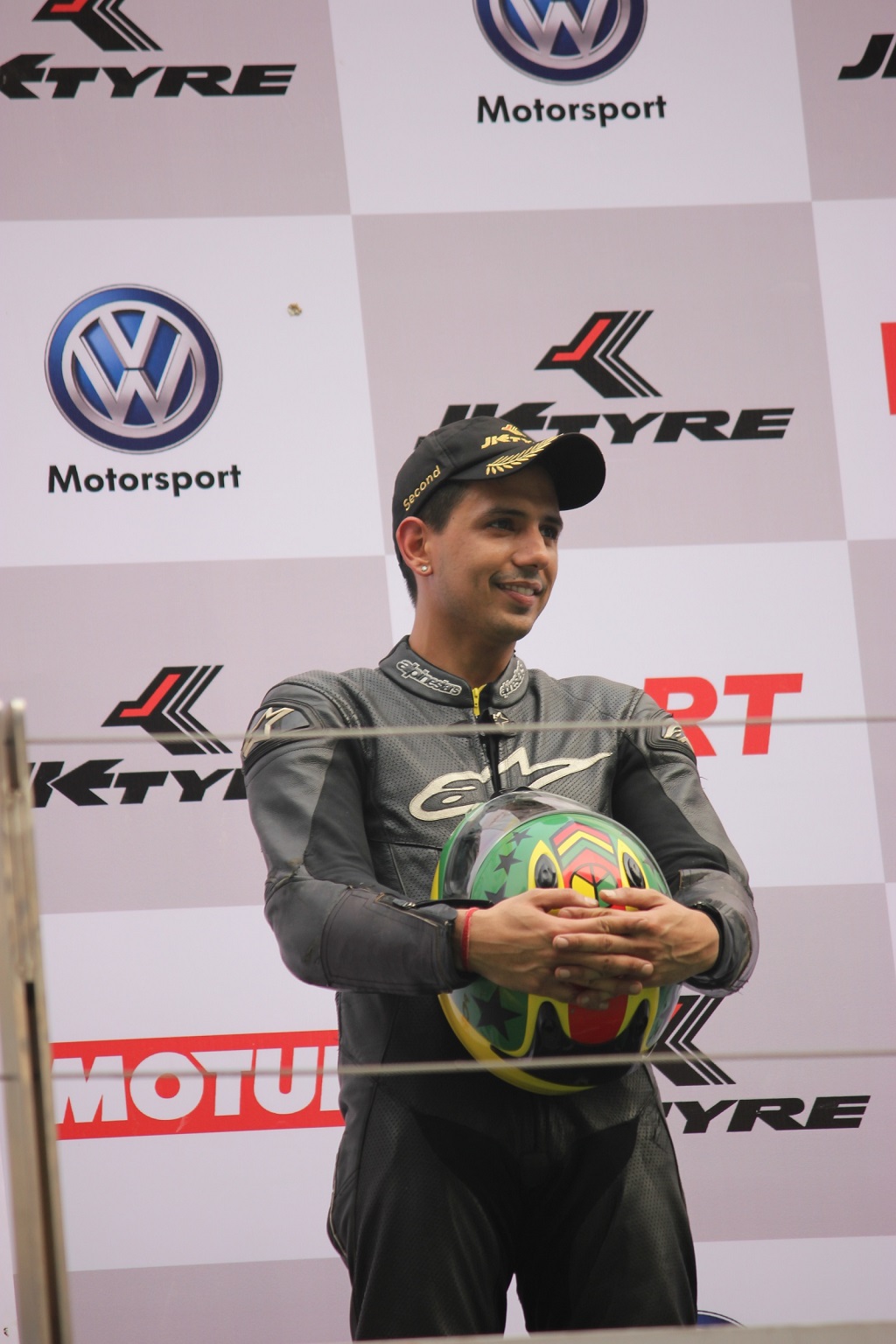 Apex after apex the new Daytona 675 and the 675R inspires complete confidence.  More power, lighter weight, and easier to ride, our engineers’ ambition was simple: to create the most perfectly balanced motorcycle. An equal blend of torque, responsiveness, agility, poise and purpose. The result is a bike with class-defining power, performance and handling. A motorcycle that will inspire total confidence and looks every bit as good. The engine is brand new featuring twin injectors per cylinder, titanium valves, a 14,400 red line, and a spine tingling induction roar. It’s faster on the track, better on the road and even more satisfying to own. 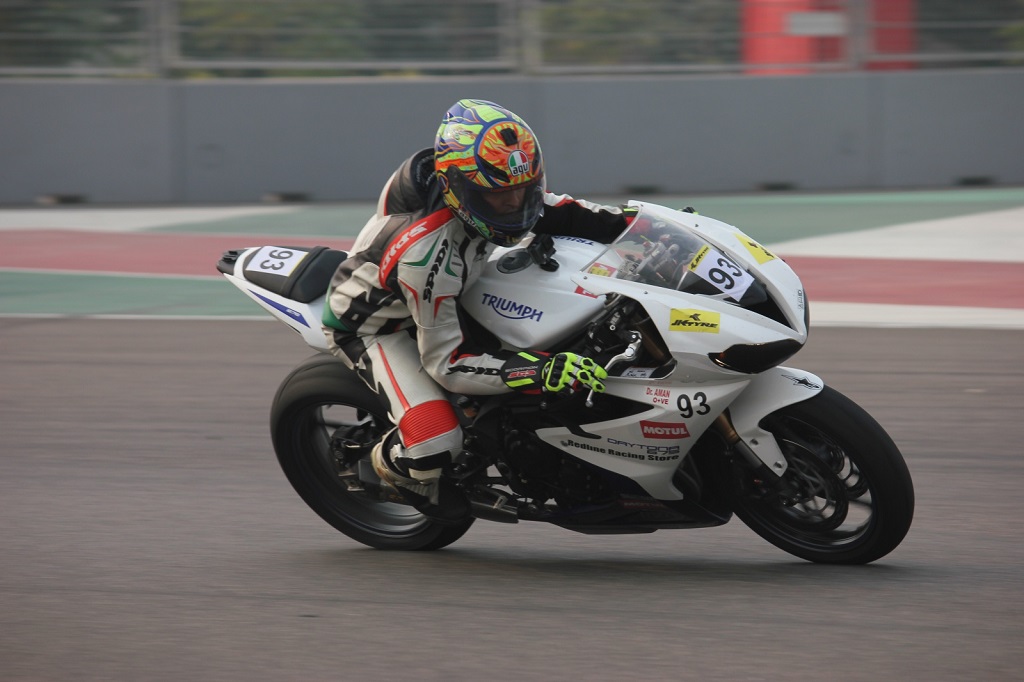 The Daytona is powered by a 3-cylinder liquid-cooled, 12-valve, DOHC, in-line 675cc engine mated to a 6-speed gearbox. Both front and rear KYB suspension are fully adjustable and come with low- and high-speed compression damping adjustment, making the Daytona as forgiving on the road as it is focused on the track. The 675cc supersports gets lighter wheels that make it easier to turn in at corners. Add Brembo brakes, a quick shifter, carbon trim and some subtle styling details and you know you’re riding a true thoroughbred motorcycle. 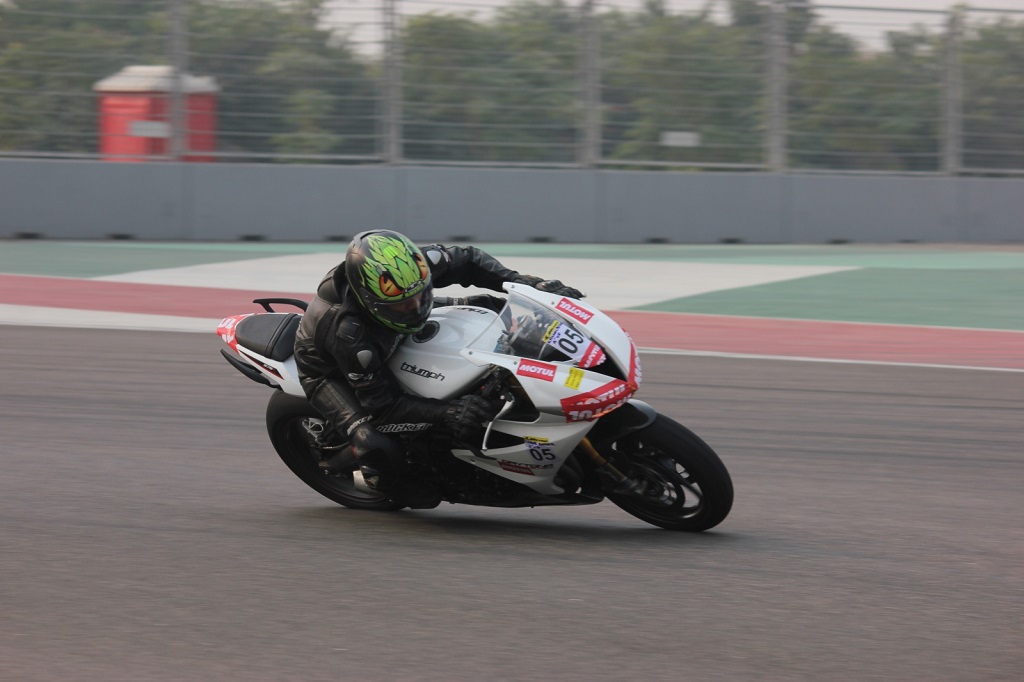 Being on of the most awarded motorcycles in the supersports segment. The Triumph Daytona has added yet more glory by winning at this year JK Tyre Championship. The Daytona 675R has been the Bike of choice for the Import Bike of the Year 2015 award at the Bloomberg TV Auto Car India Awards; Zee TV Car & Bike India Award in the Reader’s choice category and a twin win at the Top Gear Award 2015  – ‘Bike of the year’ and ‘Sports Bike of the Year.’ 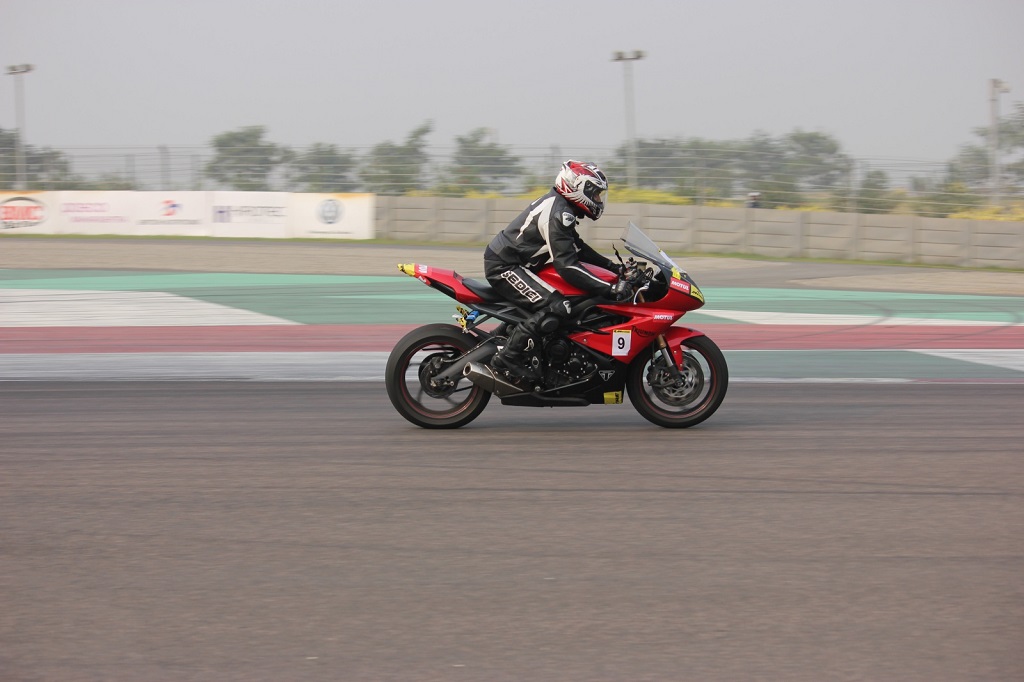 Speaking at the occasion, Mr. Vimal Sumbly, Managing Director, Triumph Motorcycles India Pvt. Ltd, ’We saw the extremely quick and agile Triumph Daytona win big at the October races organized by JK Tyre. The Finale has been nothing short of a befitting finish to the thrill. We are also extremely happy to see our Daytona once again win big with all the three podium positions. I would like to congratulate not only the winners but also each and every participant for showing so much enthusiasm and love for the sport. It has been an absolute pleasure being part of the Championship and we look forward to many more such successes for our Roadsters and Supersports at the track in the future.

The JK Tyre Racing Championship (JKTRC) is one of India’s premier racing Championship for the drivers aiming at Formula Car Racing. The Championship, which was launched in 1997 by JK Tyre & Industries, has now become the revered launch pad for the budding motorsport talents in the country.