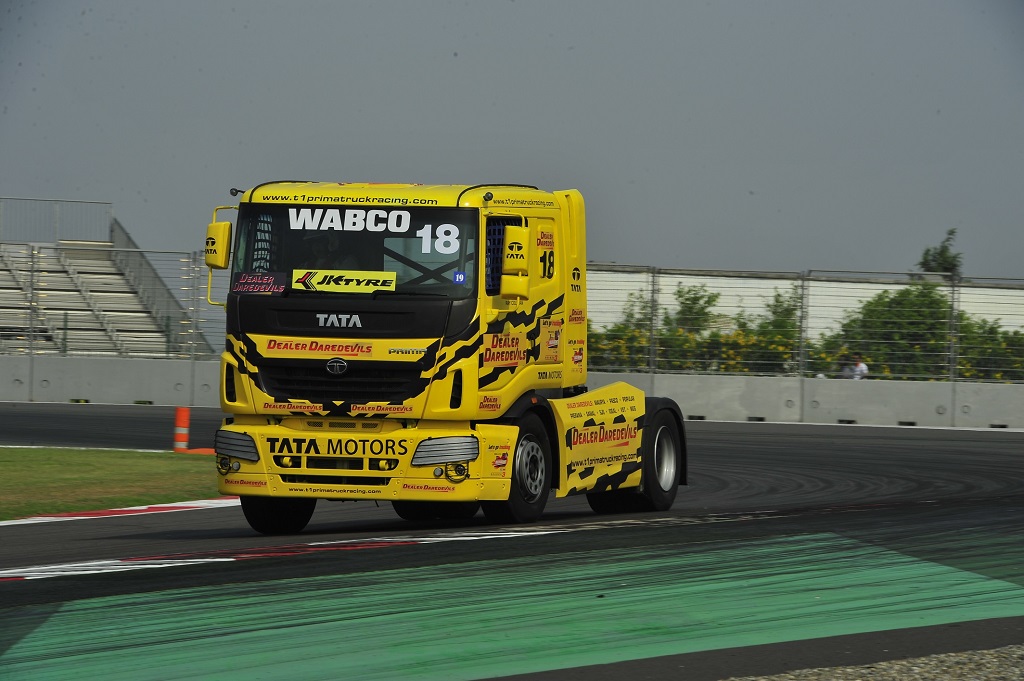 New Delhi, March 09, 2017: The T1 PRIMA TRUCK RACING CHAMPIONSHIP in its fourth edition is all set to see some more excitement at the Buddh International Circuit (BIC), with accomplished racers from FIA’s European Truck Racing Championship (ETRC) competing in the championship for the very first time. The ETRC will be represented by six racers from the rest of Europe, who will compete in the Pro class category alongside six British drivers from the British Truck Racing Association (BTRA), who have raced in T1 since the sporting event was first introduced in 2014.

UT Ramprasad, Head – Marketing, Commercial Vehicles, Tata Motors said, “We at Tata Motors are delighted to introduce new racers from FIA’s European Truck Racing Championship (ETRC), in season 4 the T1 PRIMA Truck Racing Championship. Having created history by introducing trucking racing in the country for the very first time and then introducing Indian drivers to the sport, today we are also proud to have T1’s very first woman racer, German Stephanie Halm, participate in the fourth edition of the championship, for one of the most diverse motorsport events in the country. The new European racers will definitely bring in some more excitement and experience from the home of truck racing, as they battle it out for the very first time in India, in the best Indian made warhorse – the Tata PRIMA. True champions from the world of motorsports, we now have all the ingredients, as we ready ourselves for another exhilarating edition of T1.” 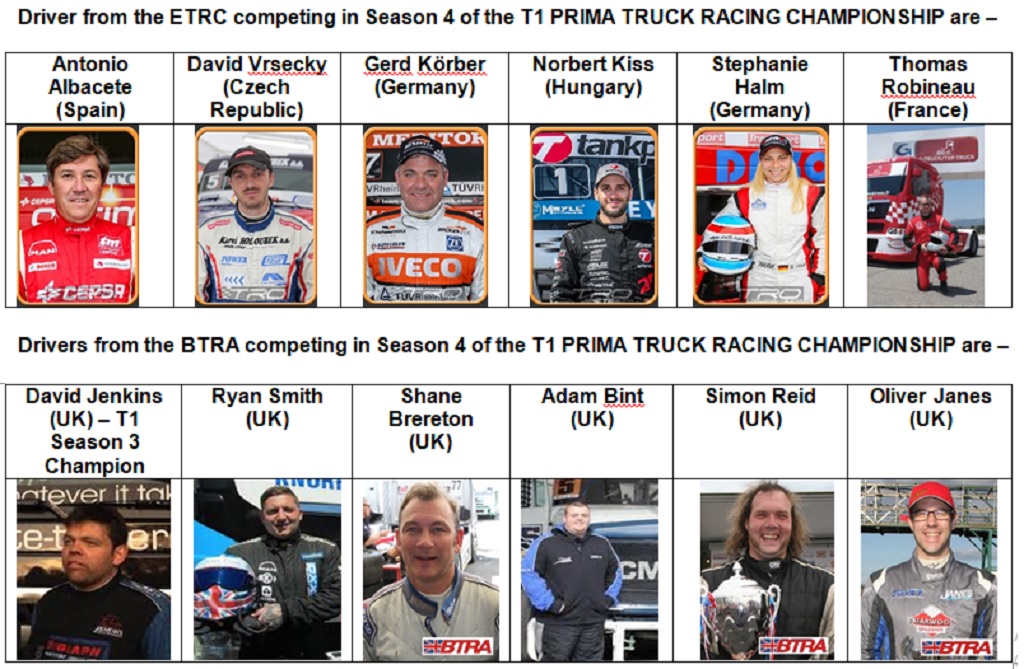 India’s only truck racing championship is organised by Madras Motor Sports Club (MMSC), with safety and performance standards as per the guidelines of the British Truck Racing Association (BTRA).

Apart from hosting experienced international drivers, Season 4 of the T1 PRIMA Truck Racing Championship will also host two other races – CHAMPIONS CLASS & SUPER CLASS. Consisting of Indian racers, selected under the T1 Racer Program, T1 further reinforces the company’s strategic objective of making the profession of truck driving aspirational and at the same time acts as a catalyst to induct drivers into the commercial vehicles profession, addressing the problem of driver shortage.

Season 4 of the T1 PRIMA Truck Racing Championship will be held on Sunday, March 19, 2017, at the Buddh International Circuit (BIC), Greater Noida.

About Tata Motors:
Tata Motors Limited is India’s largest automobile company, with consolidated revenues of INR 2,75,561 crores (USD 41.6 billion) in 2015-16. Through subsidiaries and associate companies, Tata Motors has operations in the UK, South Korea, Thailand, South Africa and Indonesia. Among them is Jaguar Land Rover, the business comprising the two iconic British brands. It also has an industrial joint venture with Fiat in India.  With over 9 million Tata vehicles plying in India, Tata Motors is the country’s market leader in commercial vehicles and among the top in passenger vehicles. Tata cars, buses and trucks are being marketed in several countries in Europe, Africa, the Middle East, South Asia, South East Asia, South America, Australia, CIS and Russia.

India’s Armaan Ebrahim enjoyed a mixed weekend as he, along with Sri Lankan team-mate Dilantha Malagamuwa finished first in his class and second Overall on Saturday before scrambling to a hard-fought fourth in the next […]

This behemoth race truck will be showcased at the T1 PRIMA TRUCK RACING CHAMPIONSHIP this weekend Most powerful truck ‘Built in India’ Power of 1000 bhp, with an acceleration of 0-160 km/hour within 10 seconds […]