Nearly half of all automotive dealers in India expect to be profitable in the 2016 financial year as the India passenger-car market begins to recover from an economic slowdown, according to the J.D. Power 2016 India Dealer Satisfaction with Automotive Manufacturers Index (DSWAMI) Study,SM released today.

The study finds that 49% of all dealerships in India expect to make a profit in fiscal year 2016. Dealerships based in India’s six largest cities are more optimistic about their financial performance this year, as 52% expect to make a profit—the highest percentage in the past five years—with half expecting their profitability in fiscal 2016 to be higher than in the previous fiscal year.

Automakers are doing their part to help dealer profitability, extending financial support to their dealers in several areas to make it easier for them to conduct business and ensure they remain viable. In 2016, 62% of the dealers indicate that car manufacturers are offering them financial assistance to purchase new-vehicle inventory, up from 55% in 2015.

“Dealers greatly benefit from closer and stronger working relationships with their manufacturer,” said Mohit Arora, executive director at J.D. Power, Singapore. “Automakers that are able to express their commitment to the dealerships by assisting them in areas where they need support are likely to see greater dealer satisfaction and loyalty.”

Marketing and sales activities is among the top factors in the study and accounts for 15% of overall satisfaction. It has the lowest score in the study overall, which has been the case in the past six years, including for many of the larger volume nameplates.

“With the economy projected for strong growth in this financial year, and increased consumer spending capability, manufacturers will likely turn to new-model launches and updates of existing models to drive new-vehicles sales,” said Shantanu Nandi Majumdar, director at J.D. Power, Singapore. “In this scenario, manufacturer support in areas such as marketing and sales activities and product training are likely to help convert shoppers into buyers.”

Toyota ranks highest in dealer satisfaction with a score of 924, performing particularly well in all factors. Maruti Suzuki ranks second with a score of 895, followed by Hyundai (890), Renault (889) and Honda (884).

The 2016 India DSWAMI Study is based on responses from 754 dealer principals or dealership general managers located in more than 200 cities throughout India. The study was conducted in association with the Federation of Automobile Dealers Associations (FADA) and was fielded from January through March 2016. 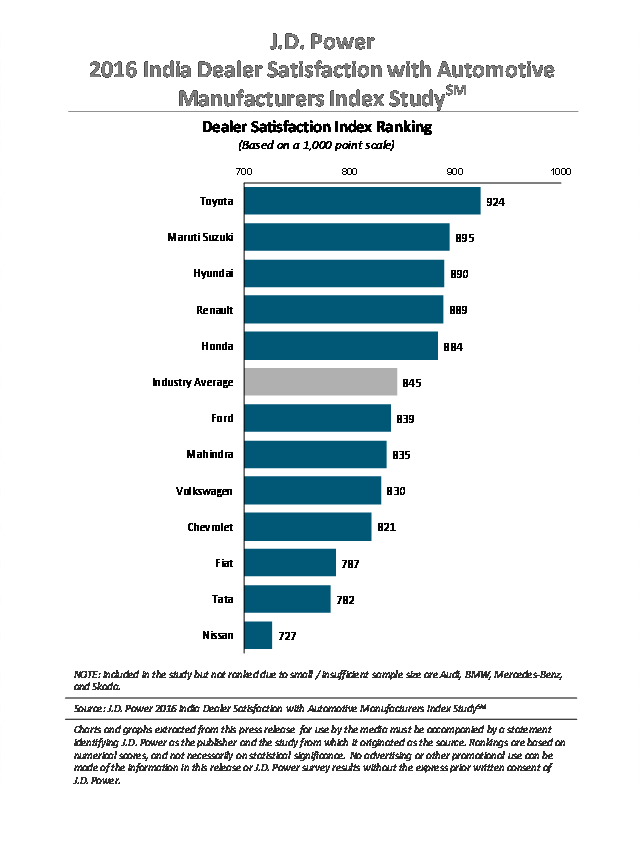 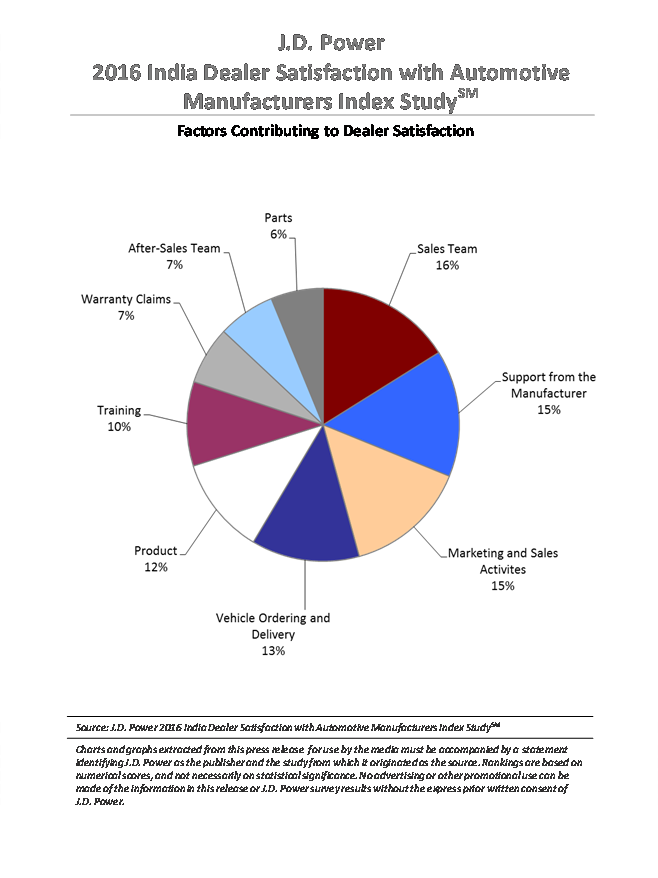 Mercedes-Benz Ranks Highest among Luxury Brands SINGAPORE: EMBARGOED FOR RELEASE UNTIL 12 Dec. 2017 — Luxury car owners in India are increasingly seeking convenience when having their vehicle serviced, with the provision of a more […]