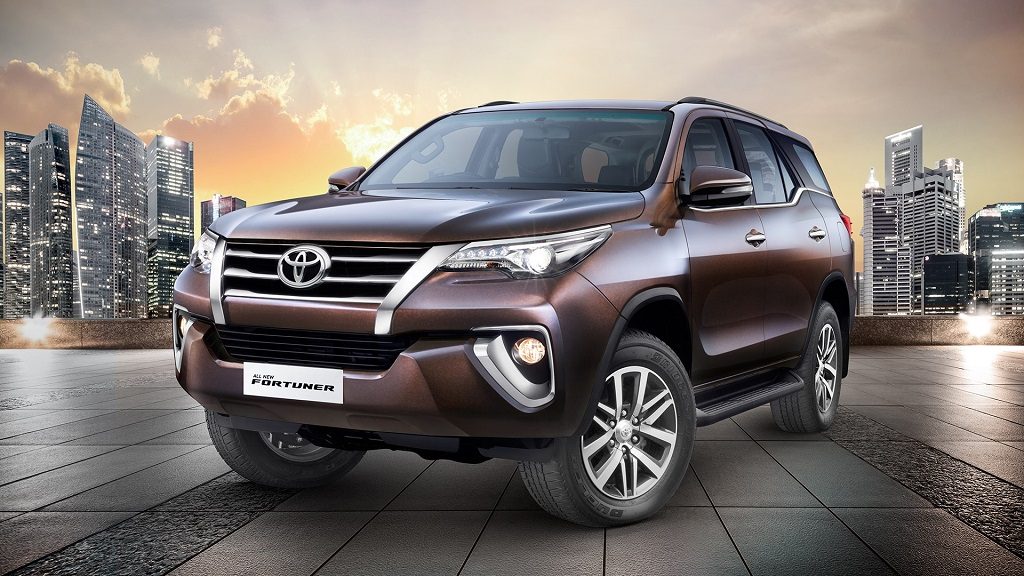 Bangalore, December 19th, 2016: Toyota Kirloskar Motor Pvt. Ltd. today announced that the company has sold over one lakh units of its premium SUV– Toyota Fortuner, in India. Ever since its launch in India in 2009, the Fortuner has maintained its number one positioning in its segment. The recently launched all-new Fortuner has further contributed to its growth and helped Toyota up its ante in the premium SUV segment in India.

Expressing his view on achieving this milestone, Mr. N. Raja, Director & Senior Vice President, Marketing & Sales, Toyota Kirloskar Motor said, “Being able to serve more than one lakh happy customers in such a premium and competitive segment, is a huge achievement for us. This would not have been possible without the support of our customers who have appreciated the product so much.

The new Fortuner also has received an overwhelming response from the market. With over 6000 booking orders within the first few weeks of its launch, we sold close to 2000 units of the new Fortuner last month clocking more than 80% growth when compared to the numbers sold in the corresponding period in 2015. We still have close to 5000 pending orders which we are trying to deliver to our customers at the earliest possible.

The Fortuner is a popular choice for a SUV in India not just for its looks, features and drivability but also for other very important values which our customers enjoy, making it an epitome of Toyota’s Quality, Durability & Reliability. Ever since its launch in India in 2009, the Fortuner has done exceptionally well and has been a leader in its segment. The Fortuner’s wide spread popularity is its testimony to the fact that it is a value for money product. The cost of ownership of the vehicle is also low when compared to other vehicles in its segment. The Fortuner also enjoys a high resale value due to the proven and admired mettle of the vehicle.

We are confident that with the all-new 2nd generation Fortuner, we will be able to further build the brand’s success story in India as it has been resonating from global markets alike. The all-new Fortuner is loaded with Reinforced Toughness, Stylish Exterior Features, Luxurious Interiors and an array of Safety & Security Features that has been well appreciated by the customers, thereby adding to the success of its predecessor”, he further added

The new Toyota Fortuner is a ‘True SUV’ proving to be a popular choice as a family vehicle as well as an off-roader alike. Launched in November 2016, the all new Fortuner has been a runaway success for Toyota.

Supply of educational materials to government school children This initiative is aimed at promoting education in the local community The program benefits 10,000 school children from 180 schools in Ramanagara Visible decrease in the school […]