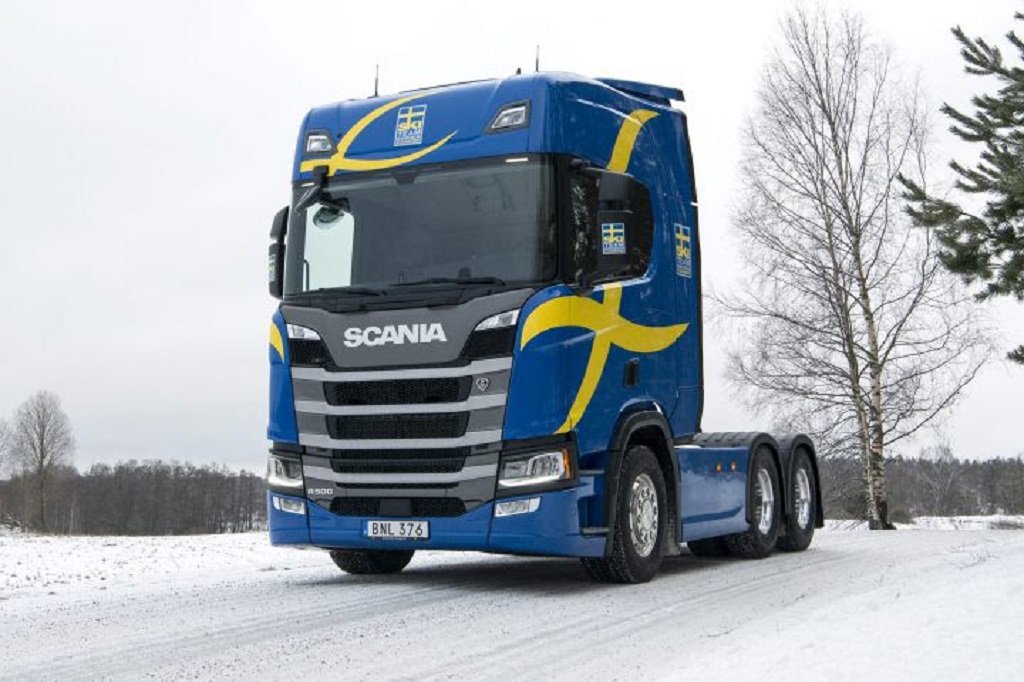 For the tenth consecutive year, Scania works together with the Swedish cross-country ski team by supporting it with a new ski-waxing truck. The truck is based on the new generation Scania with improved operator comfort and lower environmental impact. In combination with the training of vehicle drivers, maintenance plans and the use of new advanced technologies, the truck contributes more than ever to the national team’s sustainable transport.

“The Swedish cross-country skiers have been very successful in recent years and we at Scania are proud to contribute to this,” says Erik Ljungberg, Communications Director at Scania.

Scania and the Swedish cross-country ski team announced the first ski-waxing truck already in 2008. It became iconic and since then, several ski nations use ski-waxing trucks. These trucks have given the waxers a healthier work environment and better conditions to prepare perfect skis for the athletes.

Scania works together with the Swedish cross-country ski team by supporting it with a new ski-waxing truck.

“The ski-waxing team has the same important role in the athletes’ success as the staff at our service workshops has for our clients’ profitability,” Ljungberg says.

Scania’s mission is to deliver customised vehicles and services that help maximise customer profitability and minimise the vehicle’s environmental impact.

“In sports, profitability is measured in top rankings, so we hope that the new waxing truck will help Sweden’s cross-country skiers to continue winning medals at major championships,” Ljungberg says.

One major reason for developing the first ski-waxing truck was to drastically improve the ski-waxers working environment. The truck is equipped with a ventilation system that replaces the air inside the truck every six minutes.

“Ski-waxers often work long shifts under stressful conditions. This is why it was very important for our waxers to switch to a working environment that did not jeopardise their health, physically or psychologically. Now we are taking another step together with Scania,” says Urban Nilsson, the cross-country ski team’s chief waxing technician.

The new truck is the very latest in the vehicle technology. It’s a Scania R 500 – a model of the latest generation of Scania trucks. The truck is the result of Scania’s largest ever investment in research and development. Great attention has been paid to reducing fuel consumption, contributing to improved road safety and an improved working environment for the driver. The truck is up to 5 percent more fuel efficient than the previous generation and has more powerful brakes. The all-new cab gives drivers a better and safer working environment – it is the first truck that is equipped with side curtain airbags.

“We in the national team are constantly trying to think in new ways and being innovative. The journey with Scania since the partnership began has helped us in always being able to provide the best conditions for our ski-waxing team to support the athletes to perform as good as possible in the ski tracks,” says Johan Sares, head of cross-country skiing at the Swedish Ski Association.

Scania’s new generation of trucks has been secretly tested in northern Italy.

Scania’s new generation of trucks has been tested in secret for several years by real customers and drivers from across the planet. One of these extensive testing programmes was conducted in northern Italy. Scania has […]

Scania is mustering all of its expertise to make sure the latest truck range carries the brand hallmarks proudly into the 2020s.

Ups and downs put their marks on a company’s future, some leaving lasting impressions that become embedded in the corporate culture. Scania is mustering all of its expertise to make sure the latest truck range […]