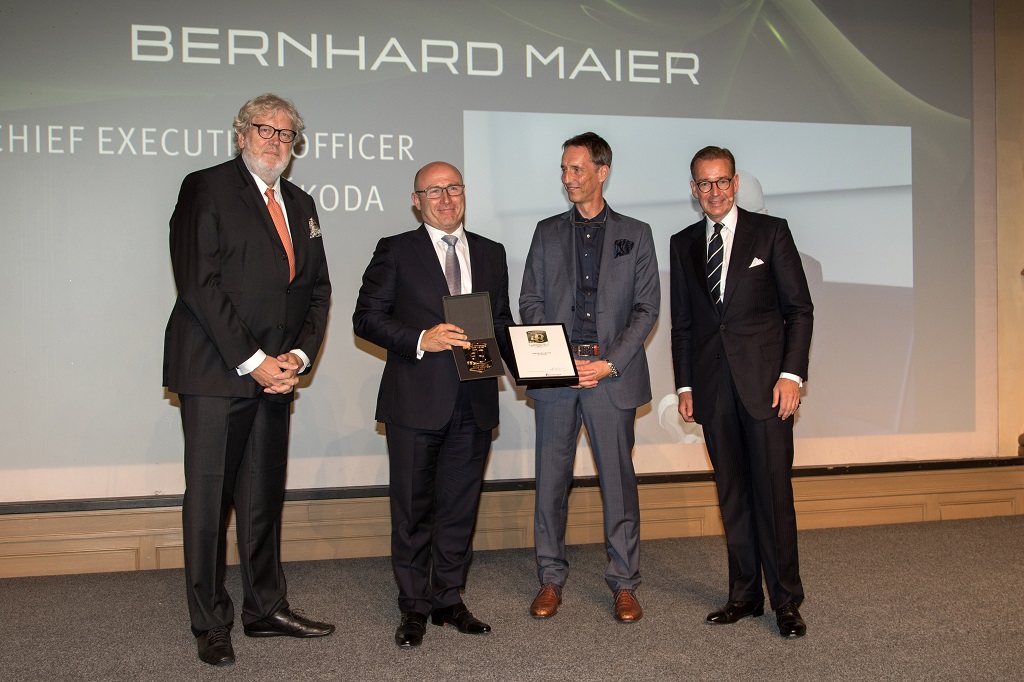 › Panel recognises his outstanding achievements for brand and design

Mladá Boleslav/Frankfurt am Main, 13 September 2017 – The panel of the German Design Council (GDC) has named ŠKODA CEO Bernhard Maier Brand Manager of the year 2017. Maier received the award from the GDC for his outstanding achievements with ŠKODA. At the same time, the GDC acknowledged how important design is to the ŠKODA brand. The GDC presented the award in Frankfurt on Tuesday evening as part of the Automotive Brand Contest, which is now one of the most important competitions in the automotive world.

“I am delighted with this special award, which I gladly accept as a representative of the entire ŠKODA team,” Bernhard Maier said last night at the ceremony, which took place at the start of the International Motor Show (IAA) in Frankfurt Palm Garden. “Under the new global brand management, we have not only launched great new products, such as the ŠKODA KODIAQ and the new ŠKODA KAROQ, but also sharpened and realigned ŠKODA as a brand in all dimensions.”

The Automotive Brand Contest is held annually by the GDC and has gained in importance since first appearing in 2011. With 14 competition categories and four special categories, it covers the complete design spectrum, ranging from vehicle design for premium and volume brands through brand design and multimedia networking to campaigns and events. The independent panel of experts consists of representatives of media, design, brand communication and universities with a keen interest in the automotive world.

ŠKODA has already received several awards from the German Design Council for outstanding design: In 2015, the ŠKODA SUPERB won the ‘Best of Best’ award in the ‘Exterior Volume Brand’ category; the ŠKODA OCTAVIA (2013) and the ŠKODA RAPID SPACEBACK (2014) had won the international design competition previously.

ŠKODA KUSHAQ: MADE FOR THE WORLD, IN INDIA

First production model that is based on the MQB-A0-IN platform, specially developed by ŠKODA AUTO for India and its export markets.  The ŠKODA KUSHAQ combines distinctive ŠKODA AUTO qualities with the preferences of Indian customers.  […]