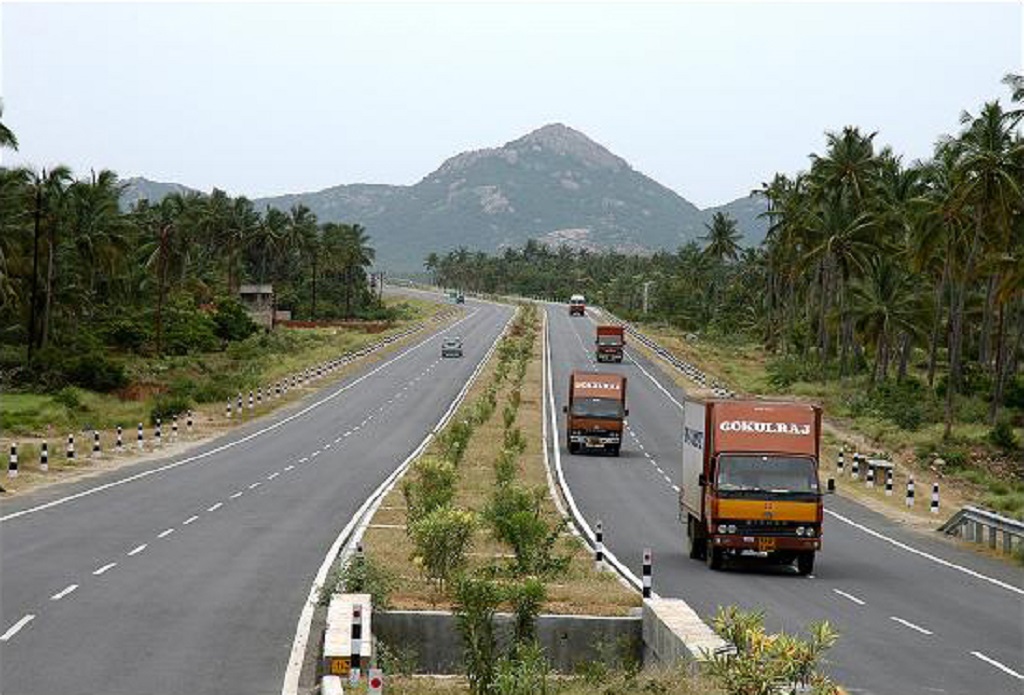 Union Minister of Road Transport & Highways and Shipping Shri Nitin Gadkari launched the initial plantation drive on 1,500 km of National Highways at a cost of about Rs 300 crore under the National Green Highways Mission in New Delhi today. The launch was announced at a workshop orgnized by the National Green Highways Mission on the theme “Green Highways Projects: Way Ahead.   Speaking on the occasion Shri Gadkari said that the greening project has a huge potential to generate jobs and can prove to be a game-changer for agriculture and rural economy. Greening of one km of highway provides employment to ten people. Today’s launch of  1,500 km under the Mission will employ 15,000 people . The Minister further said that the project may even be linked with the NREGA scheme.

Under the Green Highways Project, the government has made it mandatory to set aside 1 per cent of the total project cost of any NH contract to a Green Fund corpus that will be used for plantation purposes. The afforestation is expected to help in sequestering approximately 12 lakh mt carbon annually.

Organized in line with Green Highways Policy – 2015, today’s  workshop was a step forward in actualizing the vision of developing eco-friendly and green National Highways. The event saw the unveiling of Guidelines for Implementation, the Vision Document and the  Knowledge Reports of the project.

The Guidelines document, developed by National Green Highways Mission is in compliance to the directives of Green Highways Policy (GHP) 2015 issued by Ministry of Road Transport & Highways. The document incorporates the recommendations of the GHP and acts as a comprehensive roadside plantation and management manual.

NGHM-YES BANK Knowledge Report on ‘Transplanting for Growth’ puts transplantation at the centre of discussion in the mission of greening our highways. The report presents a compelling case for taking up transplantation as the preferred technique for plantation along the highways.

The following MoUs were also signed on the occasion :

The event also saw the launch of ‘Adopt a Green Highway’ Program .The National Green Highway Mission initiated the program’ to engage corporates, Public Sector units, Government organizations and other institutions for developing green corridor along National Highways through plantation and allied activity on avenue, median and other available nearby land patches . Besides this ‘Kisan Harit Rajmarg Yojana’ was also launched on the occasion. The Yojana is a pilot scheme to extend green belt beyond the existing ‘Right of Way’ of highways by engaging farmers and providing alternative livelihood option to the nearby communities.

A National Green Highways Mission Mobile App was also launched on the occasion. The mobile application will enable the management to monitor all the projects with real time data from the fields.  The technology will assist in identifying the bottlenecks quickly and ensure speedy and successful implementations of the projects.