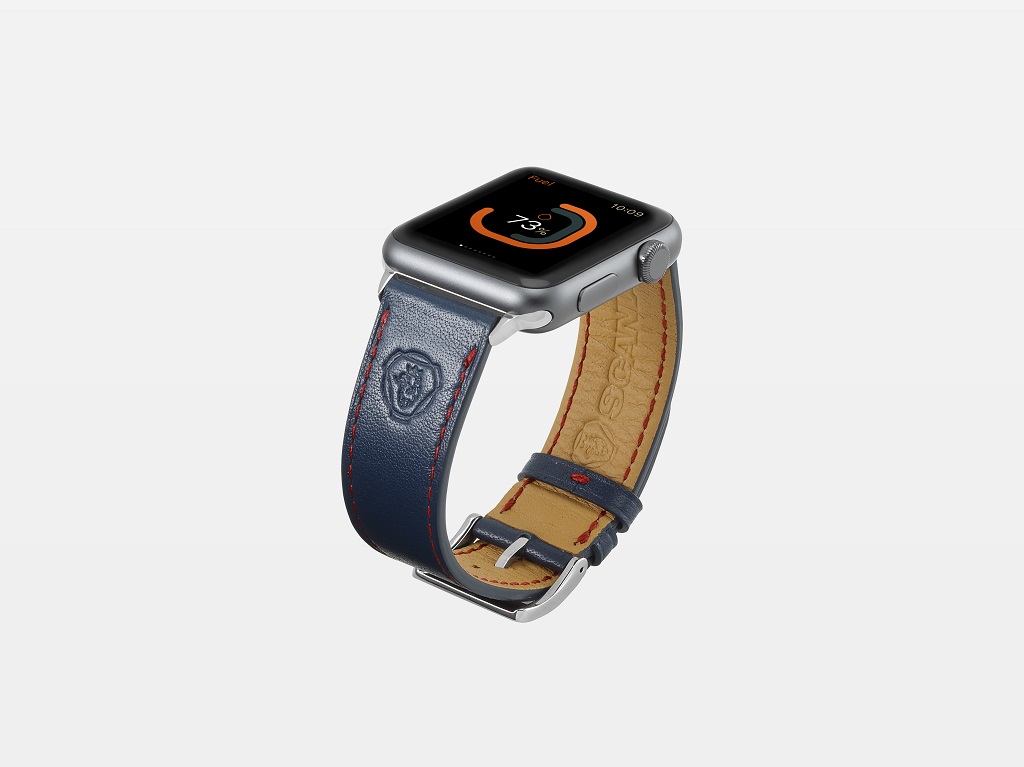 Focus on driver in Scania Edition of watch adds to existing truck management functions, with special watch bracelet made from V8 engine as accessory.

New apps focusing on driver safety are being launched today (July 8) by Scania, for use with the Apple smartwatch.

The Apple Watch Scania Edition introduces health and fitness tracking for the individual driver, while retaining the truck and fleet management data functions that were a feature of Scania’s popular ‘Black Griffin’, the first smartwatch created for truck drivers.

HELPING THE DRIVER TO BE SAFE AT WORK

Although vehicle-integrated apps are becoming increasingly common in the industry, the Scania Edition’s apps stand out due to their focus on driver activity, driver alerts and recovery. There are two new apps that are of particular value to truck drivers:

“When we launched the Black Griffin in late 2014, we said it was just the start, and now the Scania Edition is taking this technology to the next level,” says Jonas Svanholm, Scania’s Director of Digital Business. “We’ve always had drivers’ needs as the main focal point for our product and service development, and we want this watch to be a friend to the driver, something that can help them as they go about their work.”

Scania has also created a unique accessory to mark the launch of the Apple Watch Scania Edition. A vintage cylinder block from the renowned LB 140 V8 engine has been melted down, re-forged and turned into a cast iron watch strap, called the Scania 140 V8 watch bracelet.

“We wanted to create something to celebrate the V8. Back in 1969 this engine helped coin the phrase “King of the Road”, and the V8 is at the heart of Scania. With this bracelet, we can let you wear a piece of motoring history on your wrist and connect part of our heritage to our future,” explains Magnus Andersson, Scania’s Product Manager for Digital Business.

The Apple Watch Scania Edition and the Scania 140 V8 watch bracelet are available now to buy from selected Scania retailers, and through the Scania web shop. The applications for the watch can be downloaded from App Store.

Scania is working on several projects to help increase the use of electrification technology within both urban and long-haul transport. All Scania’s hybrid vehicles are Euro 6 certified. Tractor with a hybrid electric powertrain Swedish coffee […]

While some trucks have blind spots that pose a danger to pedestrians and cyclists, other trucks are designed with far better visibility, according to a recent study by the Loughborough Design School at Loughborough University. […]

‘Terminator’ is a huge vacuum tanker mounted on one of the largest-ever Scania chassis built in the UK.

Cleaning and maintaining the super-sized sewers of London is an epic task that needs huge, specialised equipment. After all, the new ‘super sewers’ being built to replace the metropolis’ existing Victorian-era waste management infrastructure can […]