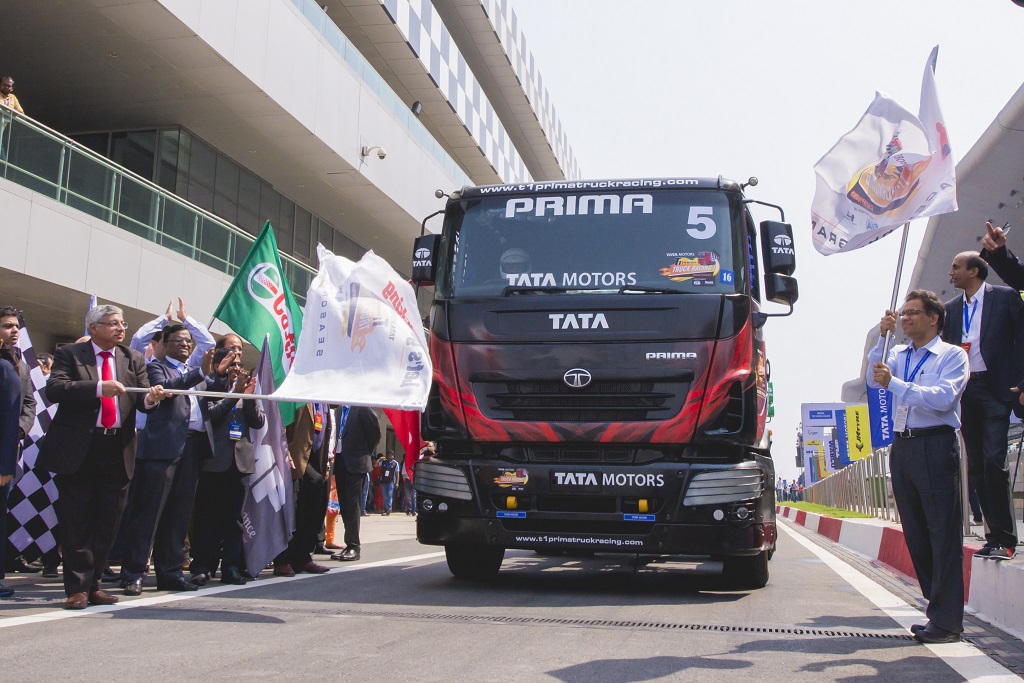 Selected under the first-ever T1 Racer Program (TRP), by Tata Motors the new Indian Truck Driver Race selection and training program, was based on the company’s strategic objective of making the profession of truck driving aspirational and at the same time act as a catalyst to induct drivers into the commercial vehicles profession. These Indian Truck Drivers have been selected from a pool of truck drivers who are employed with Tata Motors’ key customers, from all over the country.

Commenting on the occasion, Mr. Ravi Pisharody, Executive Director, Commercial Vehicle Business Unit, Tata Motors, said, “Trucking is vitally important to the nation’s economy and the T1 Racer Program has been designed to help put a name and face to the men, who deliver essential commodities across the country every day. Since inception in 2014, with the T1 Prima Truck Racing Championship, we made a conscious decision to give Indian drivers an opportunity to be part of this prestigious event, and today, we have the final 12. We are proud to have collaborated with our customers for a shared vision in promoting the profession of truck driving and are excited and honored to have these individuals, as the newest members of the T1 PRIMA TRUCK RACING CHAMPIONSHIP.”

Creation, Commercial Vehicle Business Unit, Tata Motors, said, “In season 1 we created history, by hosting the very first truck race here in India. In season 2, we showcased race trucks that were ‘Bigger, Better & Faster’. In season 3, Tata Motors is unfolding a new chapter in the history of Indian trucking, with a theme of ‘India to the World’ involving Indian talent, and is all set to create history yet again, in the one of the world largest commercial vehicle markets. With the T1 Racer Program having attracted over 550 nominations from our customers’ businesses, the ones shortlisted through the program today, are based on driving experience, average kilometers driven in a year, along with the experience of negotiating different terrains. We wish our 12 finalist the very best.” 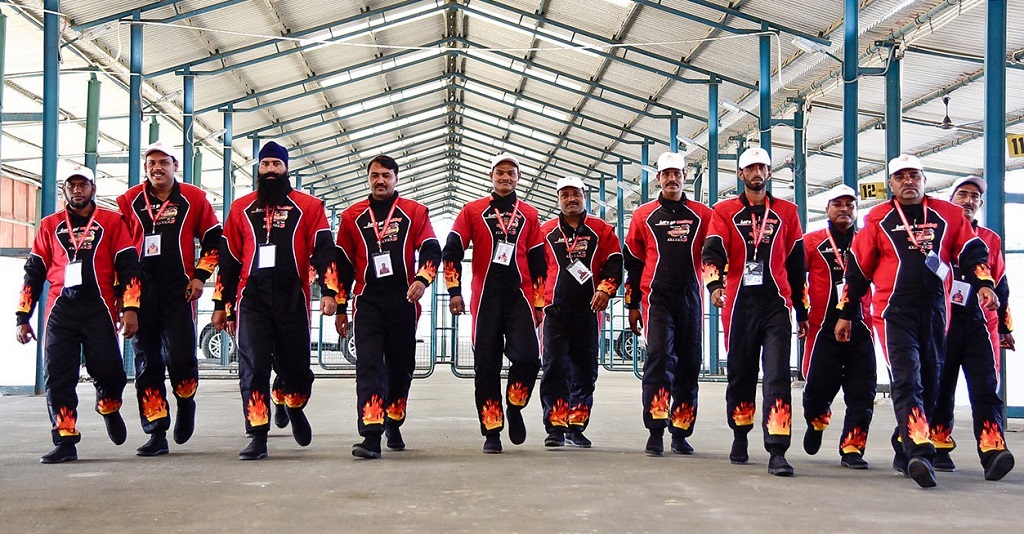 While Season 3 will witness Indian drivers competing in black PRIMA race trucks, which are identical to each other – in look and build, the 12 coloured trucks competing in the PRO CLASS of the T1 PRIMA TRUCK RACING CHAMPIONSHIP SEASON 3, will represent six teams, who participated in the previous two seasons of the championship, with one new team. Following are the teams and their drivers – 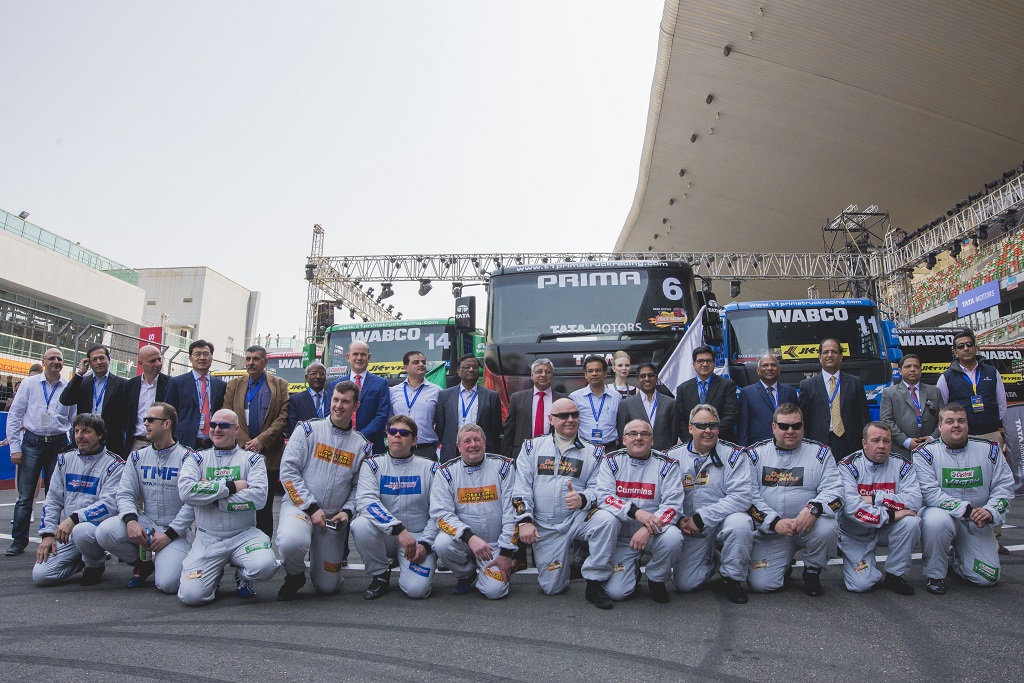 Tata Motors has also partnered with some of the country’s leading automotive brands, for Season 3 of the T1 PRIMA Truck Racing Championship. These are –

Alongside some edge of the seat action at T1 2016, Season 3 will also host some of the country’s most prominent names from the music and entertainment scene. From the sensational Hip Hop heartthrob Badshah to the vivacious damsel of melody, Neeti Mohan, the scintillating Garima Yajnik with her foot-tapping Indo-western numbers and last but not the least, the ruling diva of Bollywood music with her memorable feast of melody and dance numbers, Sunidhi Chauhan, are few amongst the many other surprises that T1 season 3 has to offer.

The T1 PRIMA TRUCK RACING CHAMPIONSHIP is organized by MMSC (Madras Motor Sports Club) and is inscribed on the calendars of FIA (Federation Internationale de l’Automobile) and FMSCI (the Federation of Motor Sports Clubs of India) with safety and performance standards being followed as per the guidelines of the BTRA (British Truck Racing Association), who also play in role in the selection of the best British and European Race Truck Drivers, that compete in the T1 Championship.

About the TATA PRIMA Range

Being developed with Tata Motors subsidiary – Tata Daewoo Commercial Vehicles (TDCV), Tata Motors conceived the award winning Tata PRIMA range, setting new benchmarks in the performance and design of a next-generation commercial vehicle, based on superior technology, optimum power, fuel efficiency and safety. Built with technical inputs from across the world, the Tata PRIMA range is based on an Italian cab design, engine technology from the US and Europe, gearbox expertise from Germany, chassis frame know-how from Mexico, sheet metal dies from Japan and Korea, combining Swedish precision on a robotic weld line, hence is also referred to as the ‘World truck’ by Tata Motors.

Equipped with strong aggregates and a robust chassis frame and suspension, the Tata PRIMA range meets the highest operating standards under extreme conditions, thanks to outstanding material and build quality, comfort, driving dynamics, offering customers with of lowest cost of operations.

Ambulances to be used for transport of Covid positive patients Ceremonial handover to the Hon’ble Deputy Chief Minister of Maharashtra, Mr. Ajit Pawar Tata Winger BS6 ambulances are designed for patient transport, as per AIS […]

Soon in your city, an extensive 40-point detailed diagnosis of your car at the Tata Motors Mega Service Camp