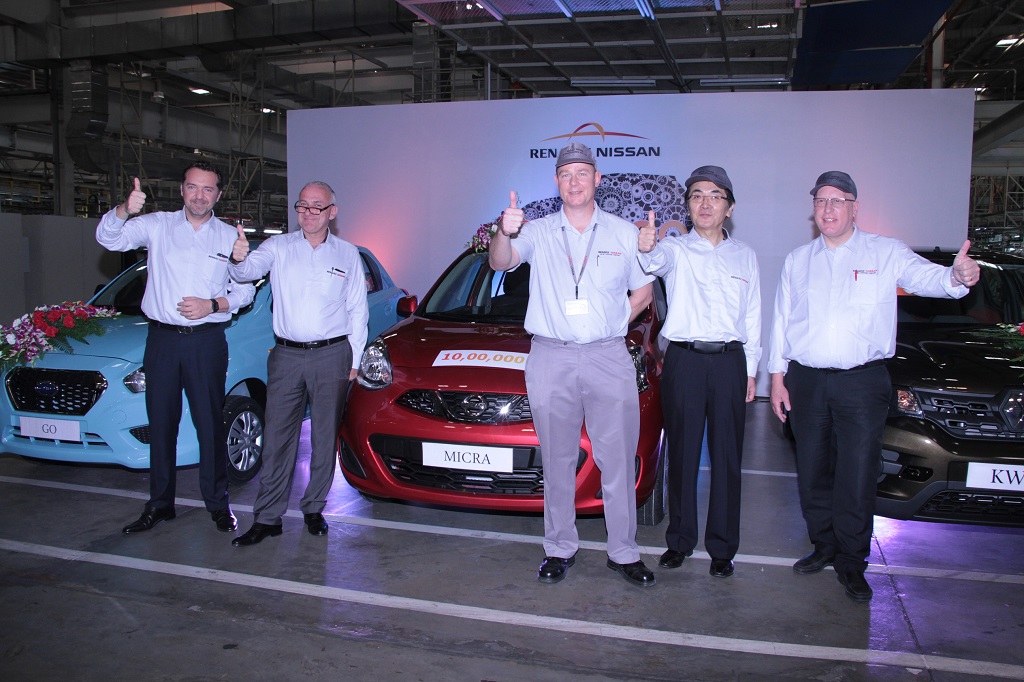 The workforce at Renault-Nissan’s Alliance plant in Oragadam near Chennai, India has reached a significant production milestone by manufacturing its one millionth vehicle.

The plant, which is the largest Alliance production facility in the world, started operation in March 2010 following an INR 45 billion initial investment. The Alliance has since invested a further INR 16 billion to increase capability with a world-class powertrain manufacturing facility and tooling. The plant has introduced 32 new Renault, Nissan and Datsun models and derivatives to its production line. The plant caters to both domestic and international markets and has developed into India’s second largest car exporter with more than 600,000 units shipped to 106 countries since 2010.

Christian Mardrus, Chairman of Nissan’s Africa, Middle East and India region, and former Alliance Executive Vice President, commented: “I congratulate our workforce in Chennai for achieving a significant landmark in the ongoing evolution of this important plant.

“Our Chennai facility has, and will continue, to play a fundamental role in the development of our business in India. Today’s milestone reflects the popularity of Nissan and Renault products in India and export markets, as well as the skill and dedication of our staff. It is also a measure of the high level of support we have enjoyed from the Tamil Nadu government.”

The plant was established by the Alliance to meet the growing demand from Indian customers for high quality, locally-produced cars. It is complimented by a major R&D centre, also in Chennai, which plays a huge role in model development in India ensuring products are locally relevant.

Colin MacDonald, plant Managing Director of Renault Nissan Alliance India Private Ltd (RNAIPL), commented: “This is a proud day for everyone associated with the plant. On average we have launched two new models each year across three brands since 2010.”

“The workforce and our supplier partners deserve enormous credit for achieving this while increasing annual production volume and maintaining world class quality levels.”

The most recent model to be introduced at the plant was the popular Renault Kwid in September last year. This will be followed in 2016 by the third Datsun-branded vehicle to be sold in India.