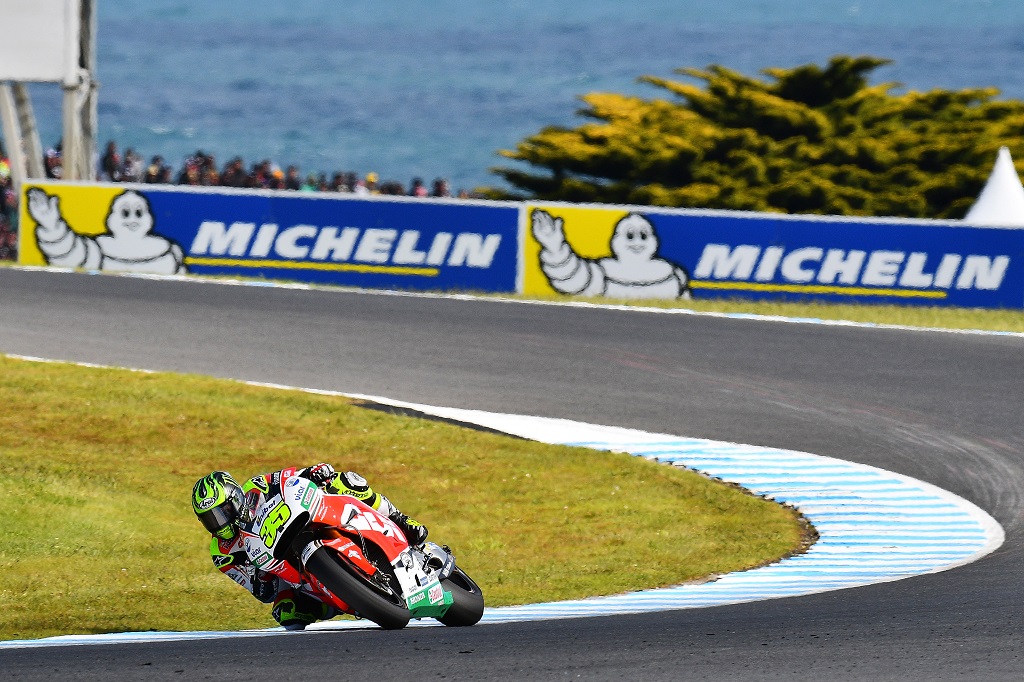 Michelin saw the 2016 MotoGP™ World Championship draw to an impressive conclusion as Jorge Lorenzo (Movistar Yamaha MotoGP) ended the season where he started it in Qatar by taking victory and recording a new lap and race record in the process at today’s Gran Premio Motul de la Comunitat Valenciana in Spain.

Lorenzo started from pole position after setting the best-ever lap around the 4,005m Valencian circuit, with a time of 1’29.401 yesterday. Using the latest edition MICHELIN Power Slick medium compound front tyre, which has a new profile and is aimed for the 2017 season, the Spaniard got the holeshot from the start and led at the end of lap-one. Lorenzo never came under any real threat at the front and held first place for the rest of the proceedings, setting the race lap record on the fifth circulation as he recorded a time of 1’31.171. He finished the 30-laps in 45’54.228 to set a new race record at Valencia, a feat which Lorenzo had also completed at Qatar during his – and the MotoGP field’s – first outing on Michelin tyres this season.

The battle behind for the remaining podium positions was as intense and enthralling as any seen this season. A five-way tussle soon developed behind Lorenzo featuring World Champion Marc Marquez (Repsol Honda), Andrea Iannone (Ducati Team), Valentino Rossi (Movistar Yamaha MotoGP), Maverick Viñales (Team SUZUKI ECSTAR) and Andrea Dovizioso (Ducati Team). The five modern-day gladiators clashed at every opportunity with numerous overtaking manoeuvres making for exciting racing and positions changing hands regularly. As the race progressed Marquez broke the shackles of the remaining quartet and tried to chase Lorenzo, he set many fast sectors as his new for 2017 MICHELIN Power Slick hard compound front tyre worked perfectly in the latter stages of the race. Marquez managed to take a large amount of time out of what was now an unassailable lead for Lorenzo, and despite his late charge the five-time World Champion had to settle for second.

A huge and colourful crowd of 110,050 packed the grandstands around the circuit to witness Iannone secure the final rostrum position after athrilling head-to-head with Rossi which saw the two change places many times. Rossi was fourth with Viñales following him over the line for fifth. Pol Espargaro (Monster Yamaha Tech 3) took sixth and the position of First Independent Team Rider, with Dovizioso a very close seventh.  Eighth place was secured by Aleix Espargaro (Team SUZUKI ECSTAR) and Bradley Smith (Monster Yamaha Tech 3) was ninth. Alvaro Bautista (Aprilia Racing Team Gresini) rounded out the top-ten.

Michelin had a new profile front tyre available for this weekend that is a part of the plans for 2017. All the riders were given the option to use this latest version of the MICHELIN Power Slick and over 75% of the field chose to race with this new option today. Further evaluation of this tyre, plus some more of the latest front versions from the French company, will be tested at a two-day test in Valencia this week.

Michelin will be present at many winter season tests appraising the new tyres and gathering data in readiness for the start of the 2017 season, which is scheduled to get underway beneath the floodlights of Qatar next March.

“I want to congratulate the work done by Michelin during the year. We improved the front tyre so much that now the front is more able to compensate the grip of the rear. Little-by-little we have also improved the rear as well after the problems of Argentina and Sepang and now this weekend we have had very competitive tyres. This was demonstrated by breaking the record on Saturday, taking the lap-record on Sunday and getting the race record as well.”

“This has been a very good weekend for us and we are extremely satisfied with the results we have achieved. We brought one of the new profile front tyres that we have for 2017 here this weekend and all the riders tried it, with many of them choosing to use it during the race. This is a clear indication that we are heading in the right direction for next year and the riders are happy with what we have to offer. Today we saw the lap-record and race record broken and yesterday the overall track record was surpassed, this also happened at the first race of the season at Qatar and at Misano, we are pleased to have gotten these results as it demonstrates that the progression has been throughout the season and not at just one race. We know we still have a lot of work to do and that starts on Tuesday with the first test for 2017. Overall we are quite pleased with how everything has gone in 2016, we have had issues to overcome and we believe we have faced up to all challenges and tried to find solutions for most eventualities. The whole Michelin team has worked very hard and I would like to thank them for their professionalism and dedication and we all look forward to more success next year.”

DRE-Off Road Days is a Ducati Riding Experience on dirt, for Ducati owners and riders Next, Ducati is all set to introduce its first-ever track day for all Ducati and non-Ducati owners New Delhi, 7th August […]