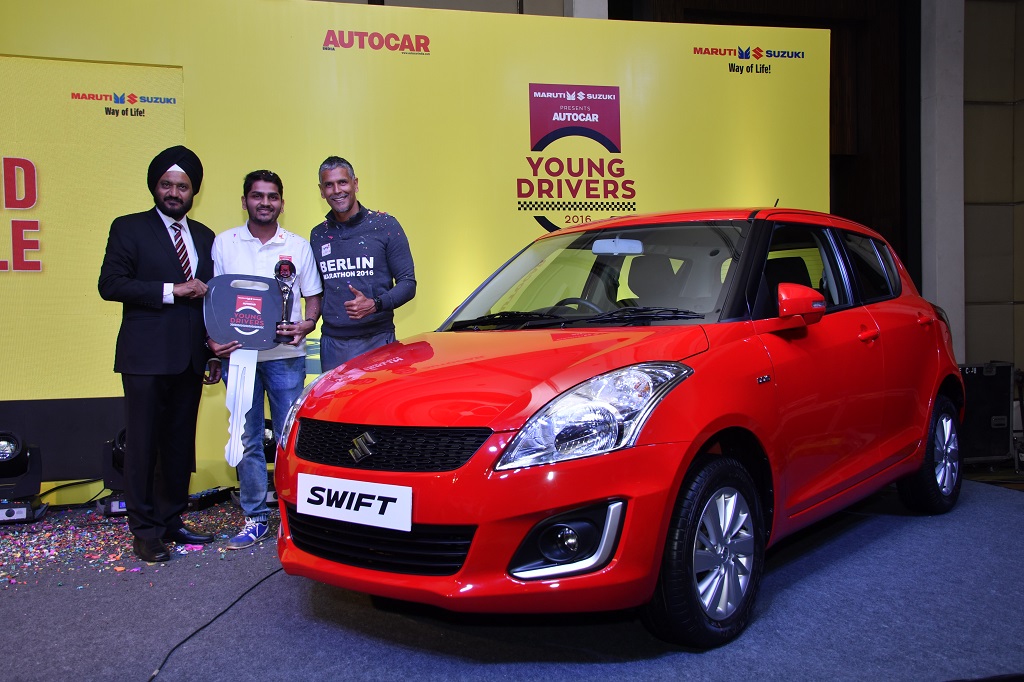 27th March, 2017- Over 2 lakh people lost their lives to road accidents in India in 2016 alone, and the numbers are rising every year. However, a lot of these accidents can be avoided by adopting safe driving practices. And with an aim of spreading awareness about safe driving practices, Maruti Suzuki, in association with Autocar India, organised Young Driver 2016, a nationwide hunt for India’s best young driving talent.

This year, in its 8th iteration, the competition puts the competitors’ knowledge of traffic regulations and consciousness of road safety, along with their on-road driving skills to the test. Over 57,000 youth competed through an online theory quiz followed by a driving test conducted at Maruti Driving Schools across 59 major cities of the country.

30 among these contestants who cleared the first 2 tests were flown to New Delhi for the grand finale, where they were judged on 20 parameters pertaining to safety, vehicle control, theory knowledge and its application while driving. These 30 finalists were crowned India’s safest drivers and the best driver among all was Sanmesh Waghmare from Navi Mumbai who was awarded with a Maruti Suzuki Swift. 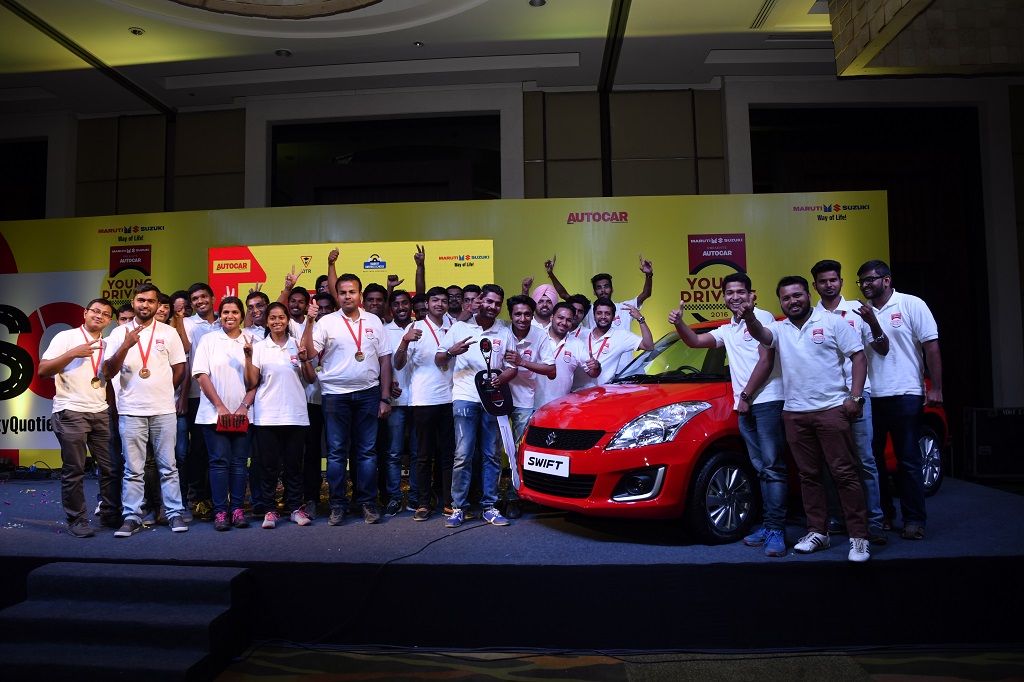 Commenting on the initiative, Mr. Hormazd Sorabjee, Editor, Autocar India, said, “Autocar India takes pride in being associated with Maruti Suzuki for this initiative, now in its eighth edition, which aims to make young drivers aware of the dangers of rash and perilous driving. Driving responsibly is our motto, be it in any car or any terrain. We hope to reach out to the youth of the country and educate them in driving safe and maintaining road discipline.”

The communication for this year’s edition was #SafetyQuotient. The idea was to inspire youth by using their own youthful lingo and attitude. Thus was born the SQ test! The SQ test challenged the youth across India to find out their Safety Quotient and challenge their friend’s scores, through a fun process of gamification and education. Safety Quotient tests were conducted online among youth after the completion of a simple registration process. The test is designed to be young, fun, visual and yet true to the motto of road safety.

Watch the videos on the links:

India’s Safest Young Drivers are gearing up for an exciting finale!!

Maruti Suzuki Autocar Young Drivers 2016 is a three phased competition which will test the participant’s awareness about road safety, driving skills and traffic rules. Those within the 18 to 30 age group with a valid Indian driving license were eligible to participate in the contest. Phase 1 saw participants registering on www.youngdriver.in and take an online theory test in the form of a quiz. Phase 2 includes a skill test comprising of a Driving test, at any one of the Maruti Driving Schools (MDS) spread across 59 major cities of the country. In Phase 3, 30 finalists will be flown to Delhi for the grand finale where they will be judged on the basis of 20 parameters pertaining to safety, vehicle control, theory knowledge and its application while driving. In the final Phase, the winner will be adjudged “The Maruti Suzuki-Autocar Young Driver of the year 2016” and will take home a brand new Maruti Suzuki Swift.

Since its launch in September 1999, Autocar India has established itself as the clear leader in automotive journalism. It has earned an enviable reputation for its high level of editorial content and production standards – a feature that has been commended by the industry and consumers alike. Autocar India takes forward the legacy of the oldest automobile magazines in the world with a history of more than 100 years.

Autocar is the only magazine that provides content to leading dailies like The Hindu, The Hindustan Times, The Telegraph, and many others. Autocar India’s Editor Hormazd Sorabjee has been writing about cars for over 30 years and has driven everything on wheels from a 65-ton battle tank to a Formula 1 car and still can’t get enough. In fact, according to the recent IRS-2009 R1 report, Autocar India has the highest readership amongst automobile magazines in India.

Autocar India has developed a reputation of being the first with the news. It was the first magazine in the world to review the Tata Nano and show the interiors of the car.

In the midst of the festive season, Maruti Suzuki today announced the introduction of Ciaz RS, a new variant of its popular mid-size sedan. Ciaz RS comes with new sporty black interiors and a stylish […]