·       Many new exterior and interior highlights over the regular Seltos, including an increase in length by 60mm

·       Special edition Kia Seltos based on HTX trim will only be available for limited stock of 6,000 units 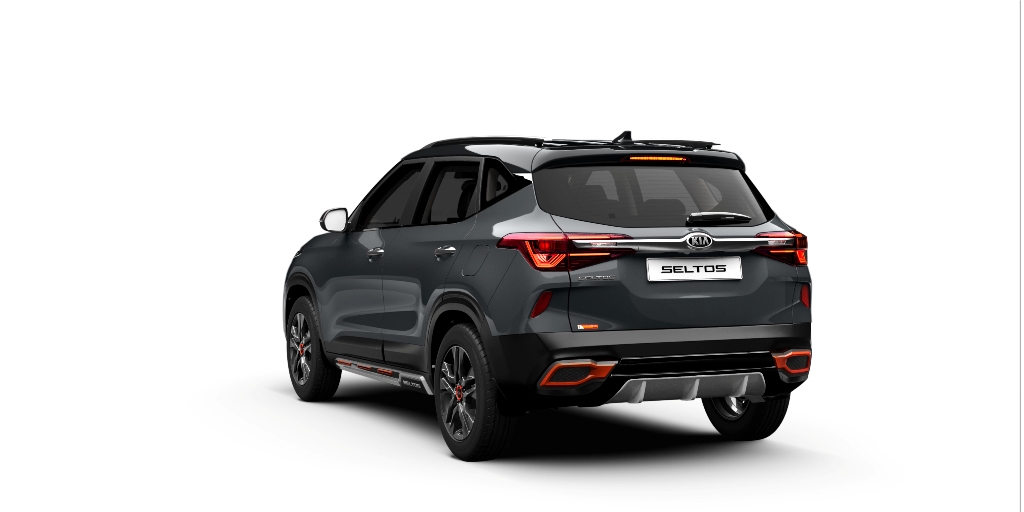 Commenting on the occasion, Mr. Kookhyun Shim, Managing Director and Chief Executive Officer, Kia Motors India said “The launch of Seltos in 2019 laid a strong foundation for Kia as a brand in the country. The Kia Seltos with its premium features, distinctive design, supreme quality, powerful engine options and addictive performance set new benchmarks and redefined the mid-SUV segment. Carefully designed to meet all the unmet demands of mid-SUV buyers in India, Kia Seltos became an instant hit and a runaway success. Today, we are extremely excited to launch the Kia Seltos Anniversary Edition which not only celebrates its success in the country but also the love that we have received from our customers in India.”

The interior of the anniversary edition Seltos is accentuated with Black One tone interiors and the Raven Black Leatherette Seats with Honeycomb Pattern gives this car a sturdier look from inside as well. On the exterior, the Seltos Anniversary Edition gets an increase in length by 60 mm compared to the regular Seltos and this adds to the robust character of the vehicle. Additionally, the proud owners of this  special edition Seltos will be able to flaunt this exclusive car as it also sports a ‘1st Anniversary Edition’ Badge  at the rear. The Kia Seltos Anniversary Edition is available in both petrol and diesel engines – a versatile Smartstream Petrol 1.5 paired with six-speed manual and IVT transmissions, and an efficient Diesel1.5 CRDi VGT paired with a six-speed manual.

With the runaway success of the Seltos, Kia Motors India completely disrupted the Indian automobile industry. The company has introduced this special edition to celebrate the incredible achievement of the Seltos with several enhancements to the car. Kia Seltos has been a revolutionary product in terms of design and quality that transformed the mid SUV segment in the country with its class leading offering and category busting features. Kia Seltos has received a tremendous response from customers across the country and has marked 1 Lakh unit sales in less than a year’s time. Specifically made keeping in mind the needs of young-at-heart and tech-savvy customers in India, the Seltos has constantly been one of the top-selling mid-SUVs in the country delivering unparalleled customer delight.

In April 2017, Kia Motors signed a memorandum of understanding (MOU) with the State Government of Andhra Pradesh, India, to build a new manufacturing facility in Anantapur District and completed and commenced the mass production in August 2019. The manufacturing facility has an annual production capacity of approximately 300,000 units. Kia Motors India has launched two vehicles for Indian market – The Seltos and The Carnival and has made a mark in India with product and service quality and reliability. The Seltos, establishing itself as a trusted product by brand Kia, has crossed 100,000 sales milestone in just one year of its sales period. Kia Motors is globally known to make quality vehicles which address the gaps in the automotive market and Seltos too have won many accolades in India. Tasting initial success, third product of Kia Motors India the Sonet has secured 6523 bookings on the first day of commencement of pre-bookings. In April 2020, Kia’s two global products Telluride and Soul EV have bagged world’s most prestigious automotive awards – The World Car of the Year and The Urban Car of the Year respectively at the WCOTY 2020. Kia Motors India has the widespread network of 265 customer touchpoints, in 160 cities across Tier 1, 2 and 3 cities in India.

Kia Motors India received an average of two bookings every three minutes since the opening of bookings on August 20 Of the engine variants, 1.0 & 1.2 petrol account for 60% of the bookings, with […]