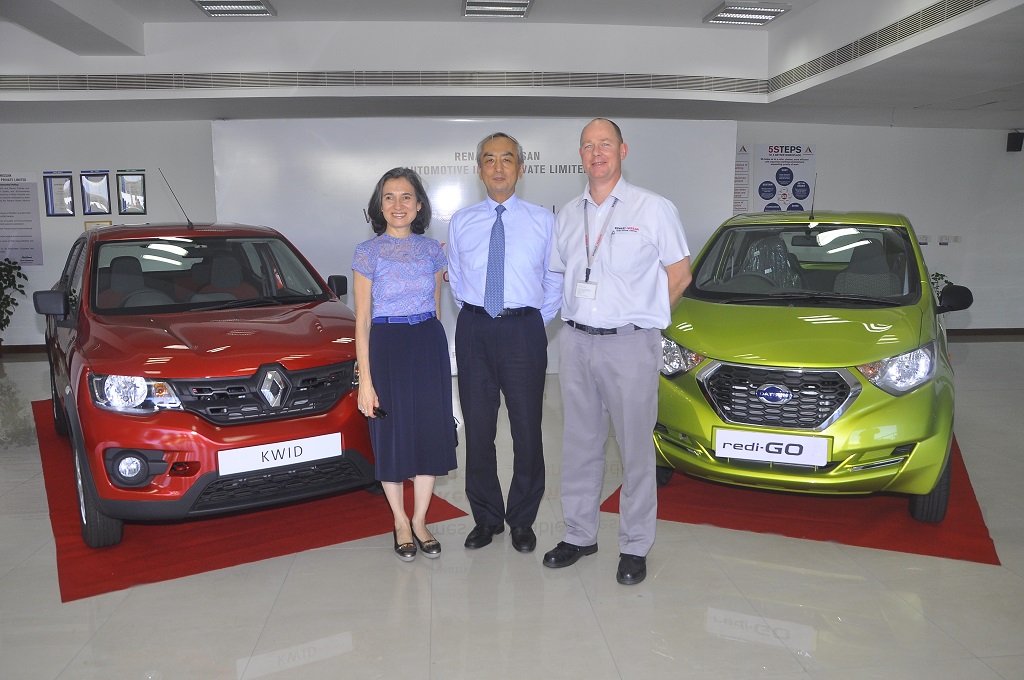 Ambassador of Japan to India, Mr. Kenji Hiramatsu visited the Renault-Nissan Alliance plant at Oragadam near Chennai last week. The ambassador was accompanied by his wife Mrs. Patricia Clara Aguado Hiramatsu and key officials from the Japanese embassy and Consulate-General of Japan in Chennai.

Ambassador of Japan to India, Mr. Kenji Hiramatsu said, “This is an impressive state-of-the-art facility with quality assurance mechanisms deployed. I am pleased to witness that the facility has created enormous opportunities for local employment as well as built a healthy vendor network, further creating additional jobs.”

“The Renault-Nissan Alliance facility is a demonstration of tradition and innovation coming together,” he added.

The state-of-the-art manufacturing facility is the largest Alliance production facility in the world which started operations in March 2010 following an INR 45 billion initial investment. The Alliance has invested an additional INR 16 billion. This facility has manufactured 32 Renault, Nissan and Datsun models and derivatives from its production line. The facility caters to both domestic and international markets and has developed into India’s second largest car exporter with more than 650,000 units shipped to 106 countries since 2010. 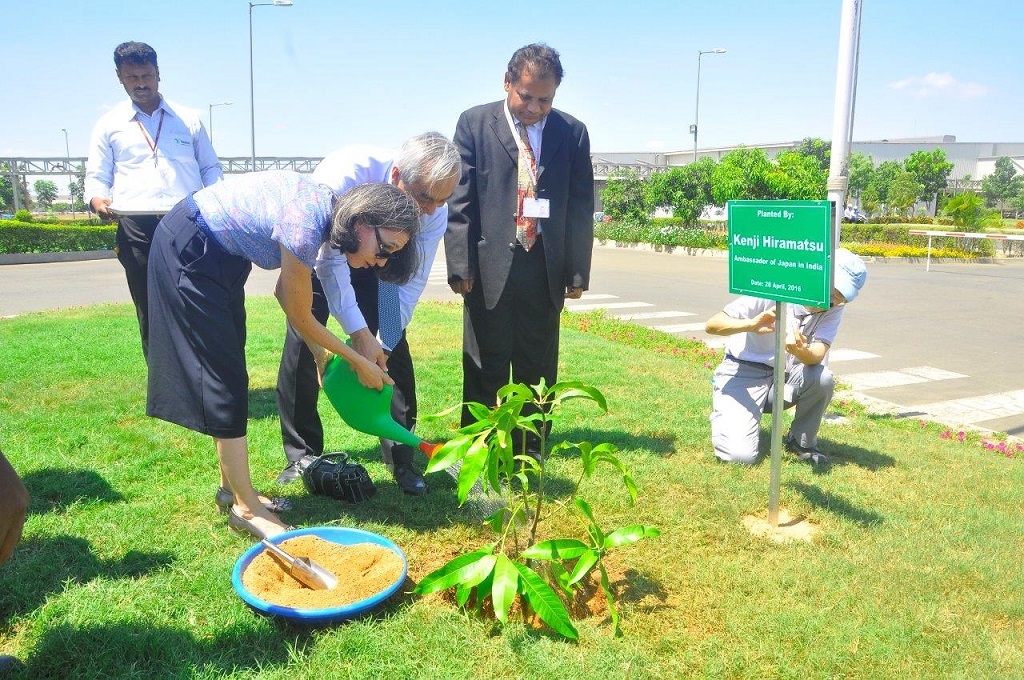 Accompanied by Mr. Colin MacDonald, CEO & Managing Director of Renault-Nissan Alliance India Private Ltd (RNAIPL), the Japanese delegation visited the manufacturing facility. As part of the visit, the dignitaries were taken through the Alliance Production Way (APW) of building cars wherein they also interacted with key management personnel from the facility.

CEO & Managing Director of Renault-Nissan Alliance India Private Ltd (RNAIPL) Mr. Colin MacDonald said, “Our Chennai facility is a testimony of our commitment to India which will continue to play a fundamental role in the development of our business here. We are proud to have hosted the Ambassador at our facility and have the opportunity to introduce him to our people, processes and Alliance Production Way of building cars.”

In a gesture to support environment, Mr. & Mrs. Hiramatsu planted a sapling at the facility. Mrs. Hiramatsu, who is appreciative of the Indian culture, freedom and diversity also interacted with a few women employees from the facility.

The recently unveiled Datsun redi-GO will be the new vehicle to be manufactured from this facility. The new car is under production and the bookings for the same will begin in the first week of May 2016. This is the third Datsun model to be launched in India and produced at the Chennai plant.

Alliance reaches historic EV milestone in August with 100,000 EVs sold in one year Nissan LEAF remains world’s most popular electric vehicle with more than 230,000 units sold Renault delivers its 100,000th EV to a […]