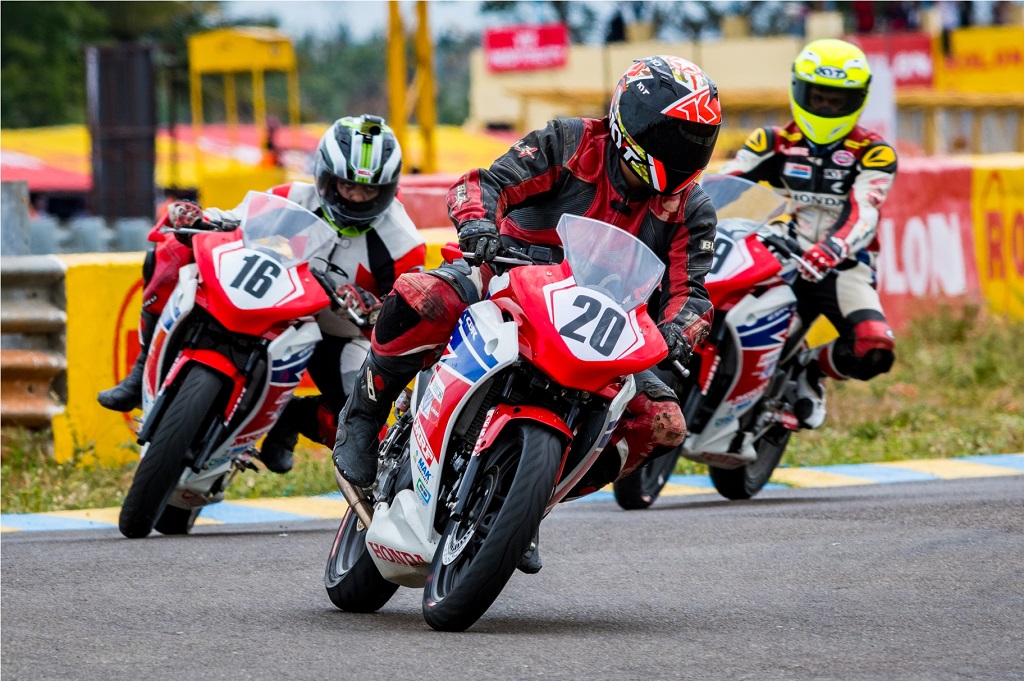 Honda wins 7 podiums (HIGHEST EVER in single round); scores double podiums in both Supersport 165cc and Pro-stock 165cc races

Congratulating the winners, Mr Prabhu Nagaraj, Vice President, Customer Service, Honda Motorcycle & Scooter India Pvt. Ltd. said, “What an epic start to the 10th year of Honda’s motorsports in India! Backed by the phenomenal performance of our young riders, Honda is leading the tally at the start of 2017 season. My heartiest congratulations to Rajiv, Mathana, Mithun and Aravind for their podium wins. 2017 season will witness intense racing action. The international learning’s of Honda riders gained through Asia Road Racing Championship is giving them an edge. We at Honda are confident of more such stellar performances throughout this racing season”. 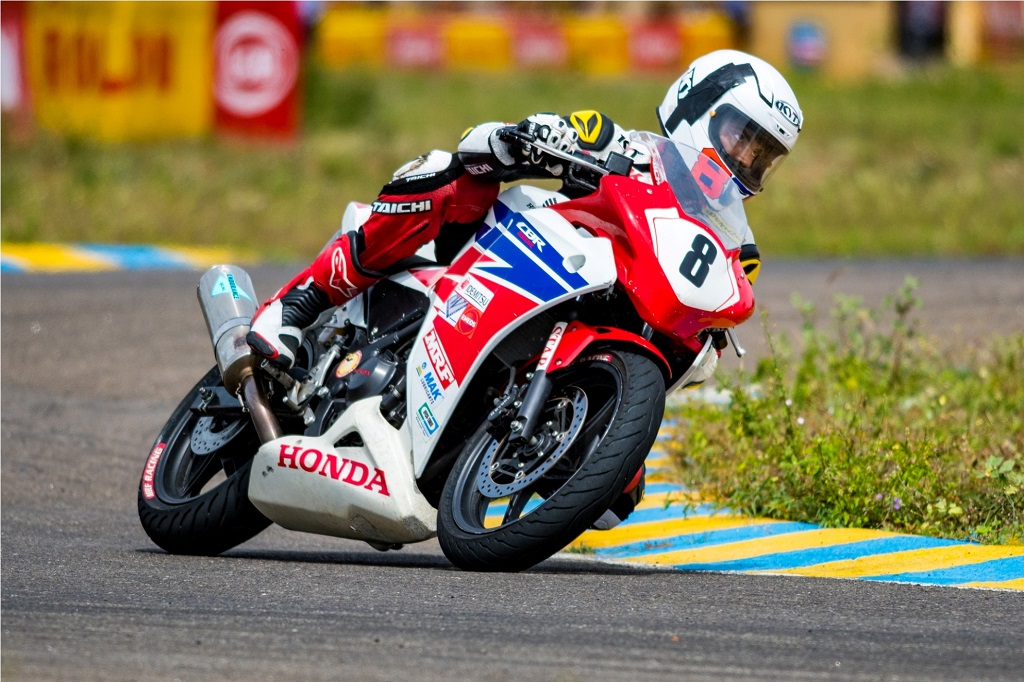 Race 2 too brought good news with Mathana Kumar S. scoring his second consecutive podium, in total time of 19:11.374. Interestingly, Honda riders emerged the fastest in both the races with Rajiv coming at 1:14.032 and Mathana clocking 1:14.737 in Race 1 & race 2 respectively.

Pro Stock 165cc: Honda’s domination continued in the Pro-stock category with Honda riders clinching 4 out of 6 podiums in both the races. A much in form Mithun Kumar P.K from Honda Ten10 Racing Team sealed the first position and fastest lap times in Pro-Stock 165cc in both Race 1 (best lap – 1:18.359) and Race 2 (best lap – 1:19.159). Adding on the podium tally were B. Aravind and Soorya P.M who secured second position in Race 1 and Race 2 of the Pro-stock Championship respectively.