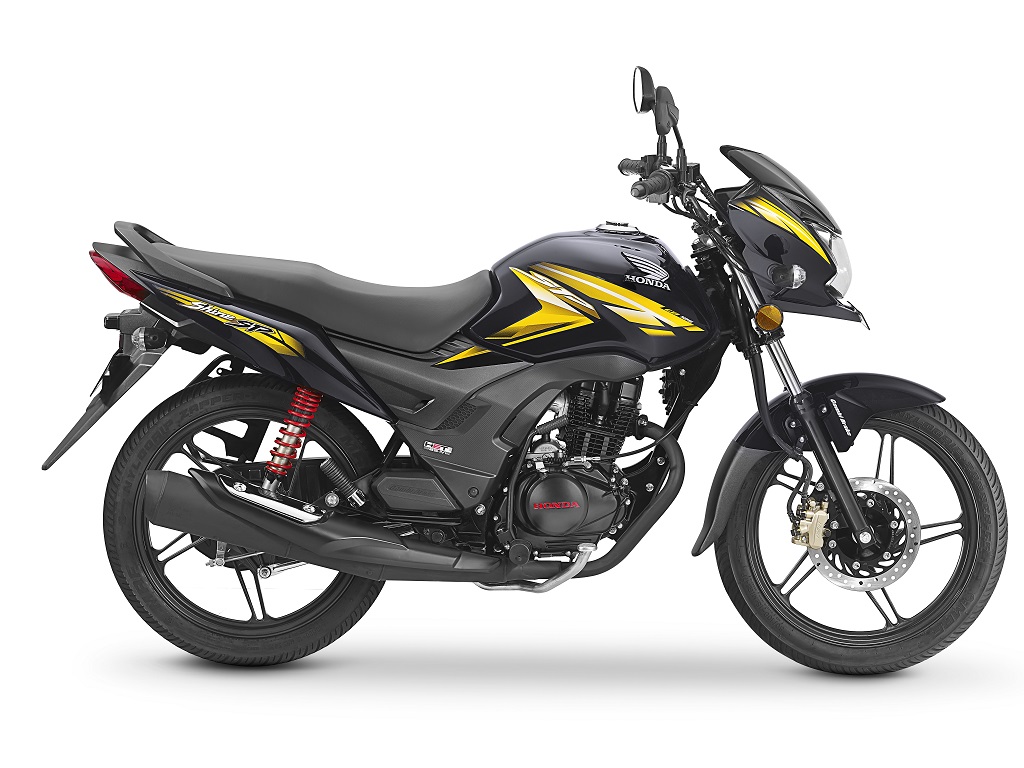 “Since its launch, CB Shine SP has been a successful Urban Commuter with added advantage of 5th gear. The new 2017 CB Shine SP with extra style and advanced BS-IV compliant engine with AHO offers more value to the aspirational customers. Introduction of eco-friendly HET Tyre specially developed by Honda will mark the beginning of a new revolution in the 2Wheeler industry”, said Y.S. Guleria, Senior Vice-President, Sales and Marketing, Honda Motorcycle and Scooter India Pvt Ltd.

The 2017 CB Shine SP comes with attractive new Pearl Siren Blue and Imperial Red Metallic colors with refreshing new graphics standard across its complete colour line-up. With urbane sharp looks and styling, it makes the rider feel ‘Special’. A combination of sharp headlight with carved visor on top of it, lend an attractive front-look to CB Shine SP. The sporty character of CB Shine SP receives a boost with the digital analog meter console and the dual tone side-cover. The combination of 5-split alloy wheels with disc adds to its distinctiveness while the strong 2-piece designed modern muffler leaves a lasting impression.

The new CB Shine SP is Honda’s first motorcycle to be equipped with HET Tyre in India. Developed and patented by Honda (Patent received in 3 countries including Japan, applied in India)*, HET Tyre is built with a new compound that reduces the energy loss while maintaining optimum grip performance. It reduces rolling resistance by 15-20% thereby improving overall efficiency. Honda through this technology aims to pass on the benefit of improved fuel efficiency to customers and contribute to the environment by reducing carbon footprint.

The innovative ergonomics, longer-seats, longer wheel-base, an increased ground clearance and 5 step adjustable suspension on the CB Shine SP provide for comfort of both the rider and the pillion irrespective of the road conditions.

Automatic Headlamp On / AHO is a new Government notification effective April 1, 2017. As per this, the headlamp of all two-wheelers manufactured in India should be equipped to automatically turn on as vehicle starts. Key benefits of AHO for the new CB Shine SP rider are improved visibility of the vehicle in all conditions (dawn, dusk, fog, rain etc.)

Bharat Stage-IV or BS-IV is the new regulation for reduced emission level approved by Indian government. This will be mandatory in all two-wheelers starting April 1, 2017. In this regard, the new CB Shine SP is now also Bharat Stage-IV compliant!

Coimbatore, June 6, 2017: Entering FY’2017-18 with a bang, Honda Motorcycle and Scooter India Pvt. Ltd. (HMSI) today announced that it has extended its market leadership. After being the most preferred brand in the progressive […]