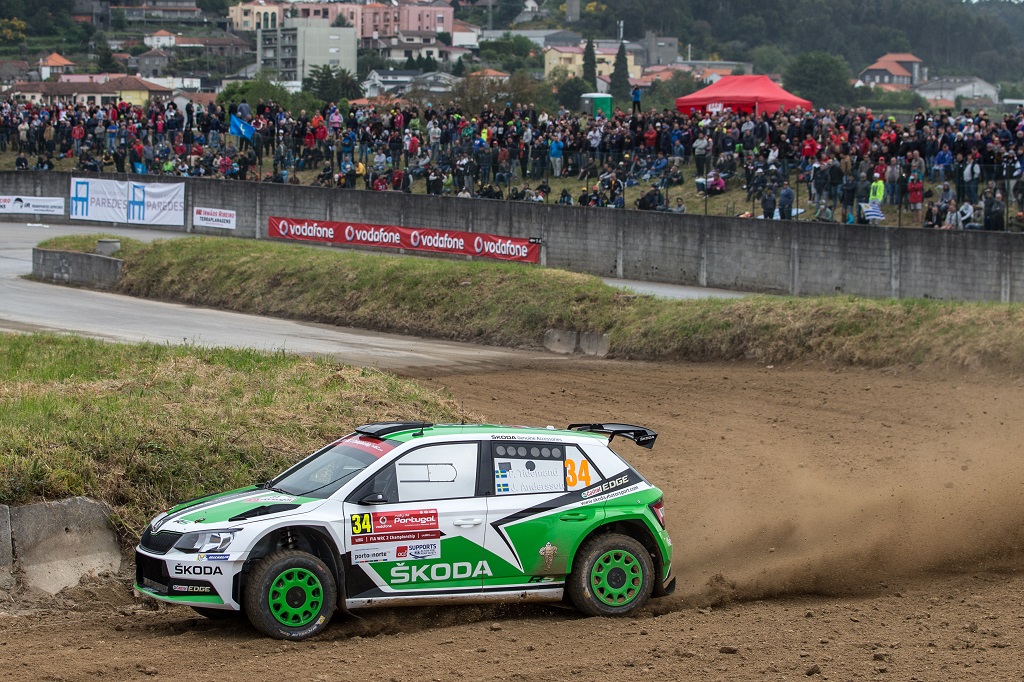 At the end of a dramatic day, flying Swedes Pontus Tidemand/Jonas Andersson lead the Rally Portugal going into Sunday’s final leg. The ŠKODA works duo suffered a puncture on Saturday’s penultimate stage. Despite this, they still take a lead of 32.0 seconds over fellow ŠKODA pair Nicolás Fuchs/Fernando Mussano (PE/PE) into the final four special stages on Sunday. These include two runs of the iconic Fafe stage. The ŠKODA Fabia R5 continues to dominate the WRC 2 class at round five of the FIA World Rally Championship: five of the top six drivers are at the wheel of the rally powerhouse from the Czech Republic.

“That was a really tough day, with highs and lows! We established a nice cushion in the morning, but the puncture then undid all that good work. However, that is rallying for you – and we managed to fight our way back into the lead,” said Tidemand. The morning first witnessed the retirement of British driver Elfyn Evans – the current leader in the WRC 2 championship, who was running second at the time – after a crash on the longest special stage, Amarante 1 (37.67 kilometres). Asia-Pacific champion Tidemand clocked a magnificent fastest time on this stage in the morning loop. 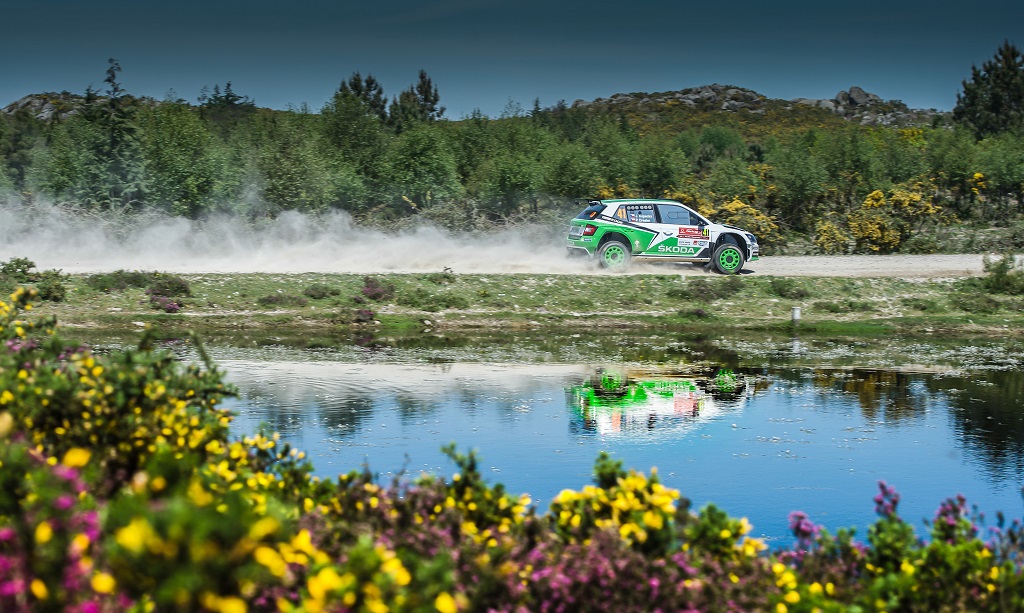 After that, the Swede’s lead over Nicolás Fuchs had grown to over one and half a minute. However, Tidemand then suffered a puncture in the first kilometre of the Marão 2 stage. Fuchs consequently took a slender 2.6-second lead into the final special stage of the day, but Tidemand hit back emphatically when the duos returned for a second crack at Amarante. Both Tidemand and Fuchs are driving a Fabia R5.

“We may have a small lead again, but it will still be a tough battle. Anything is possible at this rally. As such, we must remain fully-focussed and keep a cool head right down to the final seconds,” said Tidemand. The competitors already have over 300 kilometres of special stage behind them, and face a further 67.32 kilometres against the clock on Sunday. Excitement is guaranteed, as the icing on the cake is the Fafe stage. Tens of thousands of fans will make the pilgrimage to the route, where they will watch the rally cars tackle one of the most famous jumps in the rallying world.

The second ŠKODA works team, Jan Kopecký/Pavel Dresler (CZ/CZ), re-joined the rally on Saturday, following their double puncture on the opening day. The experienced pair was able make great inroads in the overall standings, thanks to some impressive times. “We will continue to do our best to climb the standings and gain valuable experience for the coming rallies,” said Kopecký.

The number of the day from the Rally Portugal: 5

The faith in the ŠKODA Fabia R5 is paying dividends. Including the leading works driver Pontus Tidemand, the top six in the WRC 2 standings features five high-tech four-wheel drive powerhouses from the Czech Republic. Nicolás Fuchs is second, followed in places four to six by Scott Pedder (AUS), Portuguese favourite Miguel Campos and Ghislain de Mevius (B). And the other Fabia R5 drivers are also proving to be quick: Finland’s Teemu Suninen was among the stage winners on Saturday.