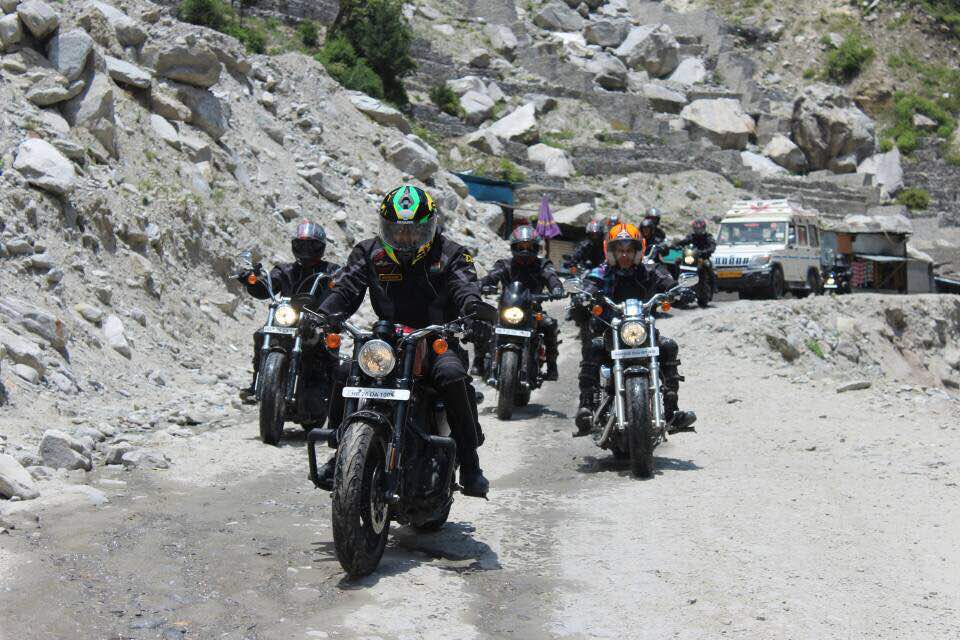 Dehradun, June 23, 2017: With the DNA of freedom at its core, Harley-Davidson has always stood for self-expression and passion. Taking this thought ahead, Harley-Davidson India organized an adventurous/exclusive ride for cadets and officers of the Indian Military Academy (IMA) to fulfill their dreams of personal freedom. Kicking off the ride from their basecamp at IMA, Dehradun, a pack of 12 GCs from the Indian Military Academy and 5 officers from the Indian Army rode to the road to Mana Pass in Uttarakhand, the highest motorable pass in the world.

Designed as an effort to fuel the cadets’ passion for motorcycling, Harley-Davidson gave them an opportunity to explore the extreme and brave the bare surroundings of the Indo-China border. Nestled between the Himalayas, on the border of India and Tibet, Mana Pass is 18,192 feet above sea level. Riding high on the spirit of freedom, self-expression and passion, the cadets and officers took on this valiant, successful attempt with much enthusiasm. Harley-Davidson and IMA are known for their spirit of camaraderie and with this ride, both institutions took on the charge to further oneness and companionship.

Mumbai, March 28, 2017: Harley-Davidson India, country’s leading two-wheeler manufacturer in the premium motorcycle segment today announced the price increase for its motorcycles up to 1.5%. The price increase will be applicable on Street™ 750, […]

The Harley-Davidson Museum is going full throttle into 2016 with high-octane exhibits, events and programming that shine a spotlight on Harley-Davidson’s deep ties to the sport of racing. It all kick-starts this week with two […]