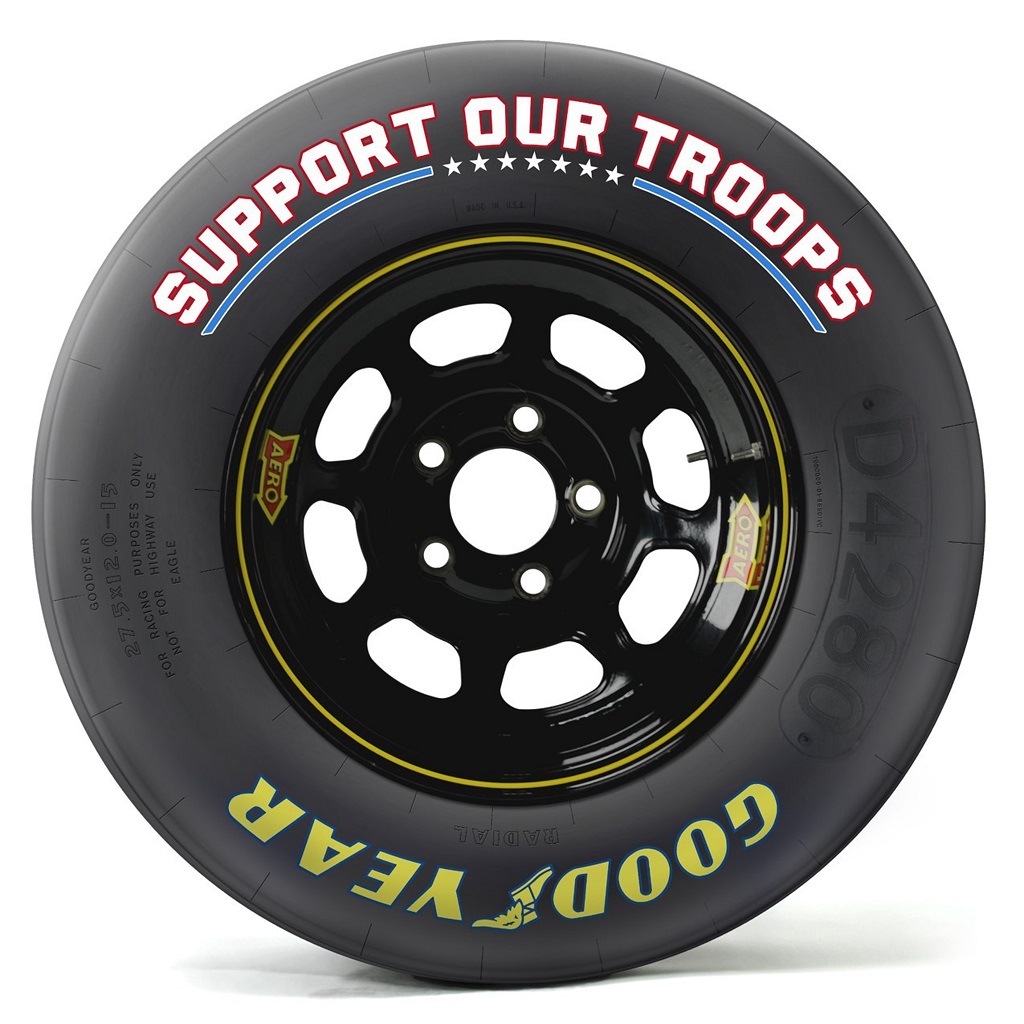 Goodyear, the Official Tire of NASCAR, will replace the “Eagle” logo on the sidewalls of its race tires with “Support Our Troops” messaging on tires used during all NASCAR races at the Charlotte Motor Speedway in May. The NASCAR industry kicks off its annual military tribute, NASCAR: An American Salute™, leading up to the Coca-Cola 600 on May 29.

“Support for the military is part of the fabric of our company,” said Stu Grant, Goodyear’s general manager of global racing. “Goodyear’s rich history of making tires for the U.S. Armed Forces is a source of pride for our associates – especially the many that have served – and these tires are a reflection of our deep respect for all Military branches.”

Goodyear has more than 100 years of history building innovative tires and equipment to help support and protect U.S. troops and is the largest producer of military tires in the country. The company was recently recognized as a Military Friendly Employer by G.I. Jobs magazine for its leadership in hiring and supporting veterans. In 2014, Goodyear surpassed a three-year goal of hiring 1,000 veterans and since then, Goodyear has renewed the commitment to hiring another 1,000 veterans over three years.

The Goodyear Tire & Rubber Company’s Eagle-360 concept tire has been named one of Time magazine’s “Best Inventions of the Year 2016.”  Each year, Time magazine’s technology editors list the year’s “best inventions that are […]