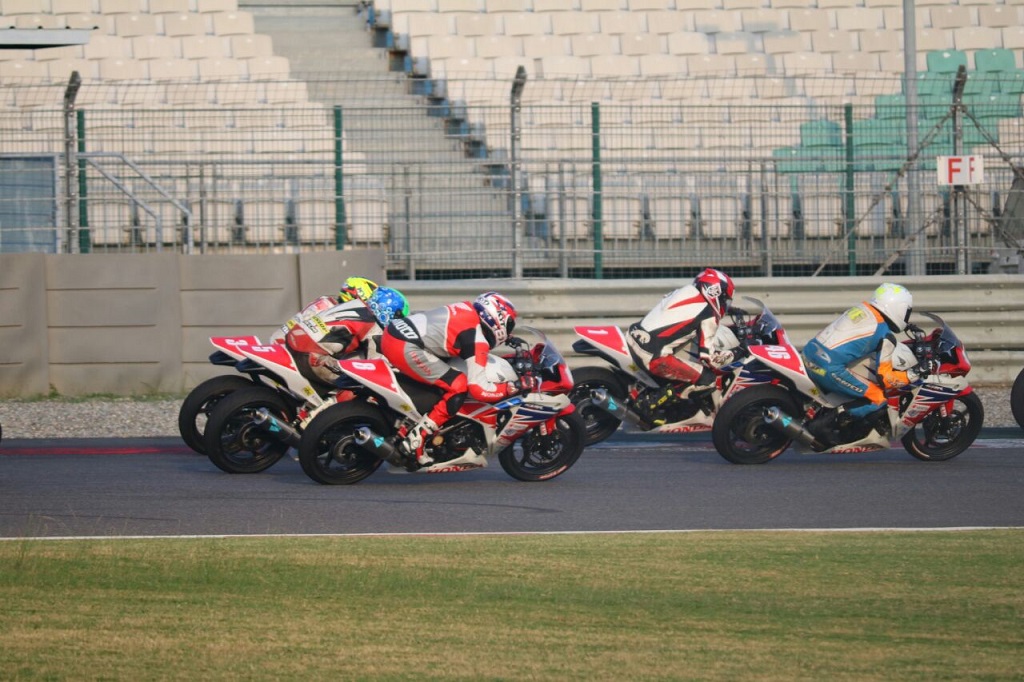 Greater Noida, Ocotober1, 2016: The fifth round of the Asia Road Racing Championship (ARRC) and Asia Dream Cup (ADC) culminated at the Buddh International Circuit (BIC) today after an action filled race weekend. Held for the first time at the BIC, the fifth round witnessed some thrilling action from Honda riders across Asia Oceania. The Indian contingent of Hari Krishnan, Rajiv Sethu and Mathana Kumar participated in the Asia Dream Cup in put up a spirited display in front of a cheering home crowd.

Top Honda riders from across Asia fought it out in a closely contested Race 2 of the 5th round of Asia Dream Cup 2016. Broc Pearson from Australia claimed the top spot in a closely fought race with a timing of 17:01:625. Sittipon Srimoontree of Thailand clocked 17:02:138 to finish second and Hafiz Norazman from Malaysia completed the podium with a timing of 17:02:540. India’s Hari Krishnan finished 11th, whereas Mathana Kumar S finished 15th in his maiden attempt.

Anthony Keith West from Australia, winner of race 1 continued his fine run to complete a convincing victory in the race 2 of the 5th round of ARRC. He clocked 31:03:153, to claim his second podium finish in consecutive races. Decha Kraisarta of Thailand also picked up his second podium this weekend as he finished second with a timing of 31.06:352.  Malaysia’s Azlan Shah Kamaruzam finshed third with a timing of 31:10:691.

Mr. Prabhu Nagaraj, Vice President – Customer Service, Honda Motorcycle & Scooter India Pvt Ltd. (HMSI) said, “It was an absorbing race weekend and a great experience for the Indian riders as well as the spectators. The Indian riders put up a spirited display over the weekend while competing with Asia’s best. The Asia Road racing Championship and Asia Dream Cup coming to India has given Indian boys a rare opportunity to race with Asia’s most prolific riders on home-ground. I am confident that with Honda giving such intense international exposure to Indian riders, they will continue to grow from strength to strength.”

All set to bring back the excitement at the inaugural round of Honda One Make Championship 2017 in Coimbatore  Ø Racing culture on a rise as the season witnesses participants from new geographies like Telangana, […]