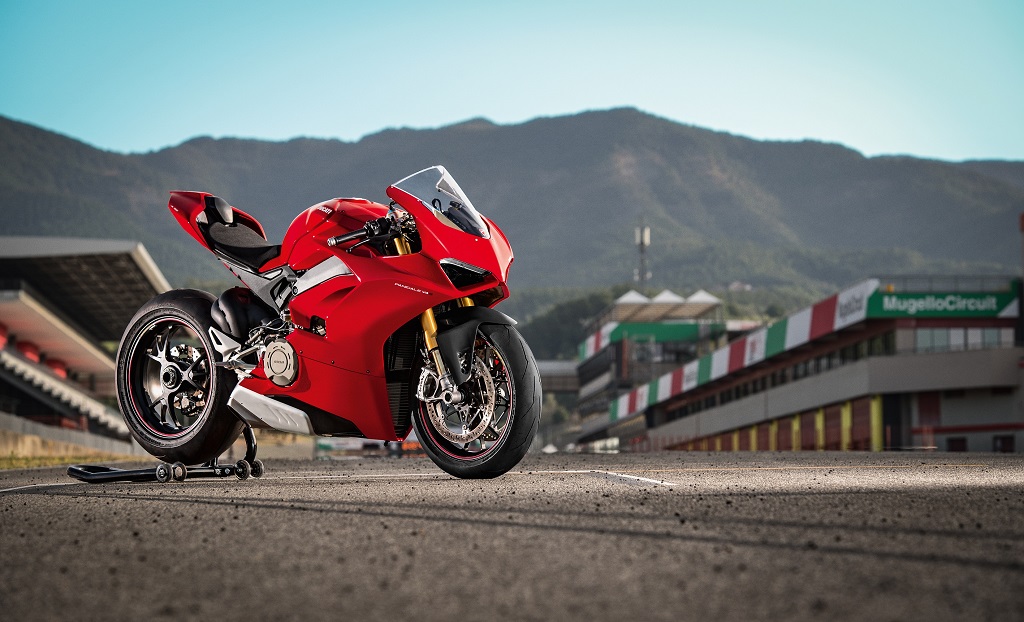 29th January 2018, New Delhi (IN) – Ducati India today announced the start of bookings for the new Panigale V4, the closest Ducati possible to its MotoGP counterpart, the bike that begins an exciting new chapter in the Ducati story.

In 2018, the Panigale V4 will be limited to 20 units in India and each of these reservation made before 31st May, will include an exclusive numbered memorabilia on delivery. On top of that, the first two customers to buy the Panigale V4 will win a sponsored Ducati Riding Experience racetrack course that will be held in June 2018 in Malaysia at the Sepang MotoGP circuit. Under the supervision of professional instructors, the two participants will learn how to get the most out of their Panigale V4 under different riding conditions. 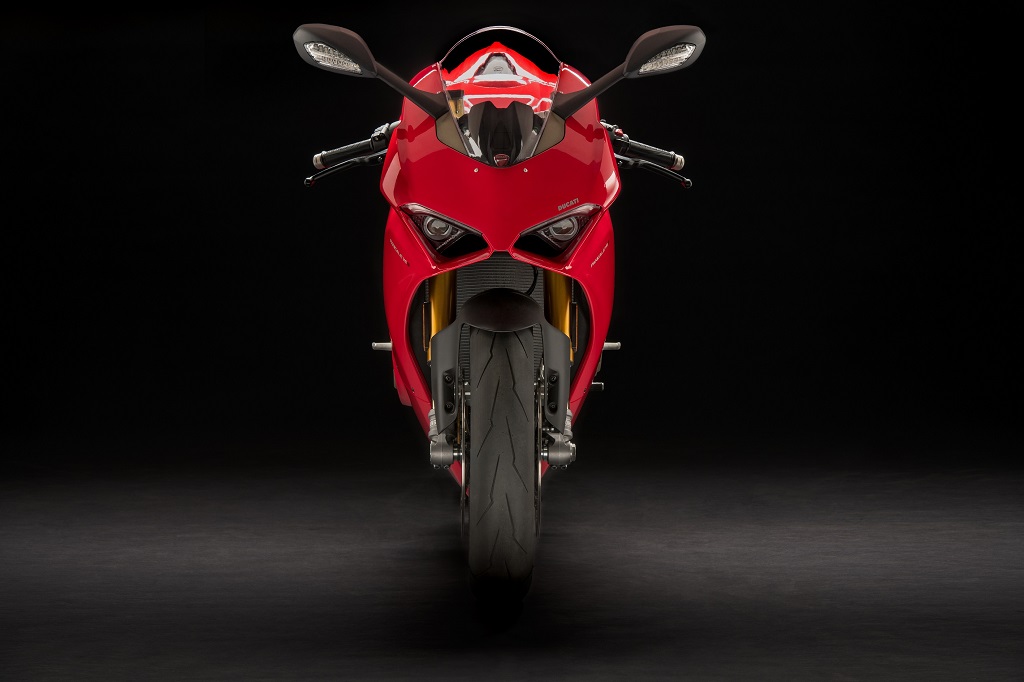 “Our first announcement in India this year, the Panigale V4 is one of the most eagerly awaited motorcycle in India in 2018”, said Sergi Canovas, Managing Director of Ducati India. “This is the closest enthusiasts can get to owning a MotoGP prototype that is built for both excellent on-track performance and outstanding on-road ridability. We have been overwhelmed with enquiries since the announcement at EICMA and as a result have opened bookings six months before the motorcycle even arrives in India”

The Panigale V4 is the first production Ducati motorcycle to mount a 4-cylinder engine, derived directly from the MotoGP Desmosedici. It’s a concentrate of Ducati technology, style and performance. Developed in close collaboration with Ducati Corse, this road bike is the closest thing possible to its MotoGP counterpart. 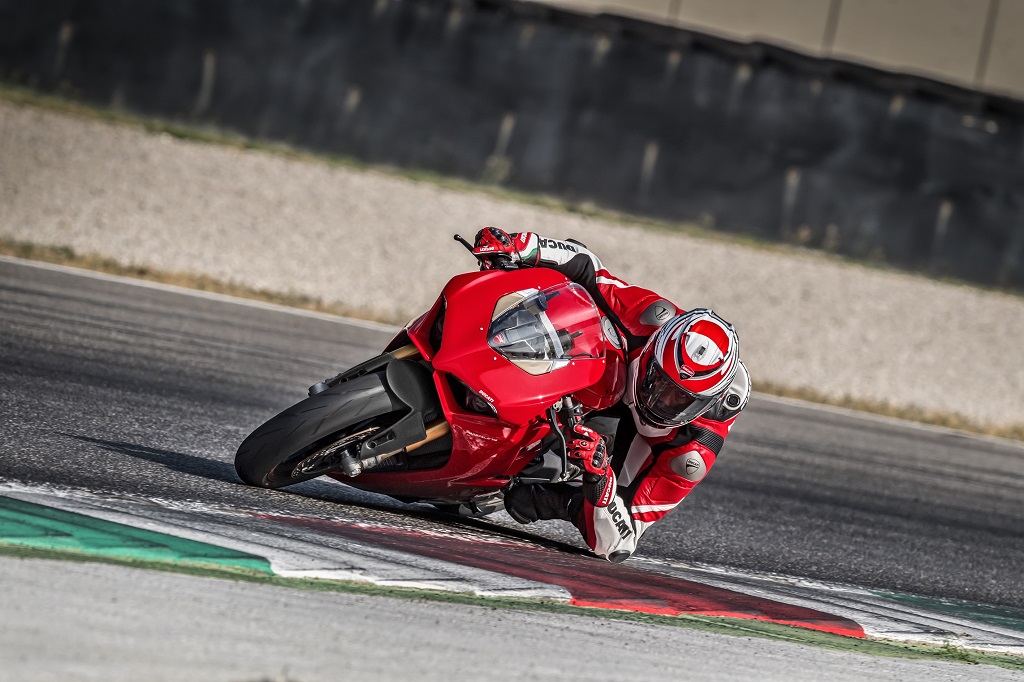 Powering the Panigale V4, the Desmosedici Stradale engine is a 1,103 cm³ 90° V4 with Desmodromic timing, delivering a maximum of 214 hp at 13,000 rpm, making the Panigale V4 the most powerful bike in the segment, yet easy to handle thanks to a torque of 12.6 Kgm at 10,000 rpm. Together with meticulous design and the use of light materials, the new frame keeps the kerb weight of the S down to 195 kg. This weight, combined with the 214 hp, means a power/weight ratio of 1.1 hp/kg, putting the Panigale V4 S at the top of the sport bike segment.

All these controls – developed on the track together with official Ducati riders and test riders – are incorporated in the three new Riding Modes (Race, Sport and Street) and can be adjusted via the advanced TFT panel that makes the Panigale V4 the highest-tech bike in the category.

The new Ducati Panigale V4 will be available in two variants; the Panigale V4 – the essence of the new sports bike – and the Panigale V4 S. The latter mounts Öhlins suspension featuring the Smart EC 2.0 system with a new adjustment interface and top-drawer components such as forged aluminium wheels and the lithium ion battery. 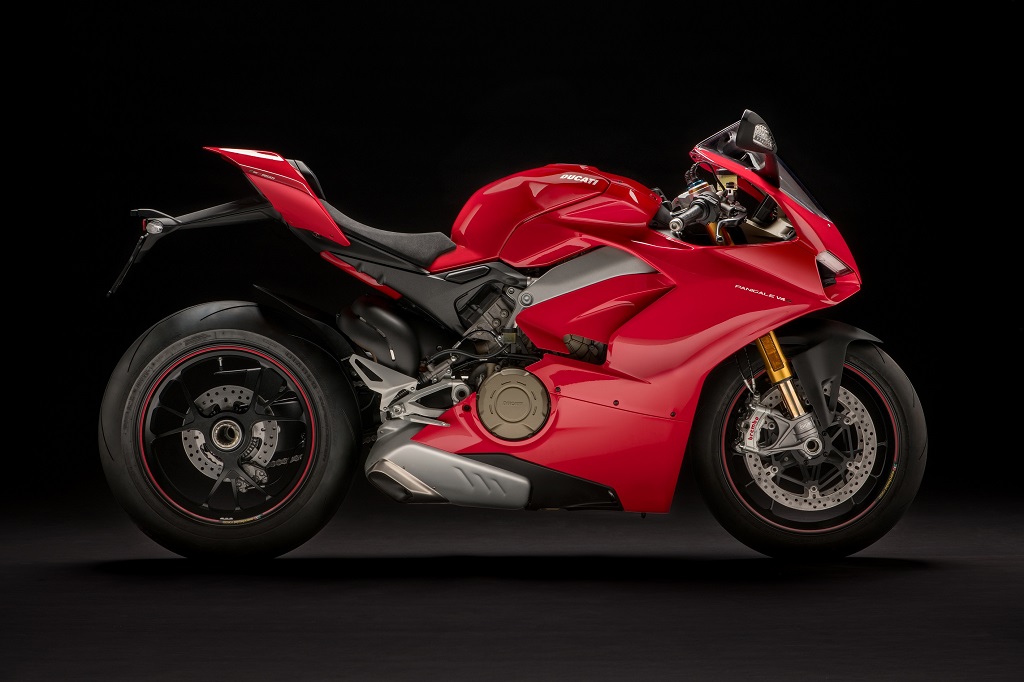 Founded in 1926, since 1946 Ducati has been manufacturing sport-inspired motorcycles characterised by high-performance Desmodromic engines, innovative design and cutting-edge technology. With its factory located in Bologna’s Borgo Panigale district, in 2016 Ducati celebrated 90 years since it was founded. The model range covers several market segments with the following families: Diavel, Hypermotard, Monster, Multistrada, SuperSport and Panigale. In 2015 Ducati presented the Ducati Scrambler: a new brand made of bikes, accessories and apparel that provide the last word in creativity and self-expression. These authentic icons representing what the world knows as “Made in Italy”, together with an extensive range of associated accessories and technical and lifestyle apparel, are distributed in 90 countries globally. Breaking all records for the company, in 2017 Ducati delivered 55,871 bikes to customers. Ducati competes in both the World Superbike and MotoGP World Championships. In Superbike, Ducati has won 17 Manufacturers’ titles and 14 Riders’ titles. Ducati has been competing in MotoGP since 2003, winning both the Manufacturers’ and Riders’ titles in 2007.

Michelin and Suzuki score Silverstone success as vinales is victorious