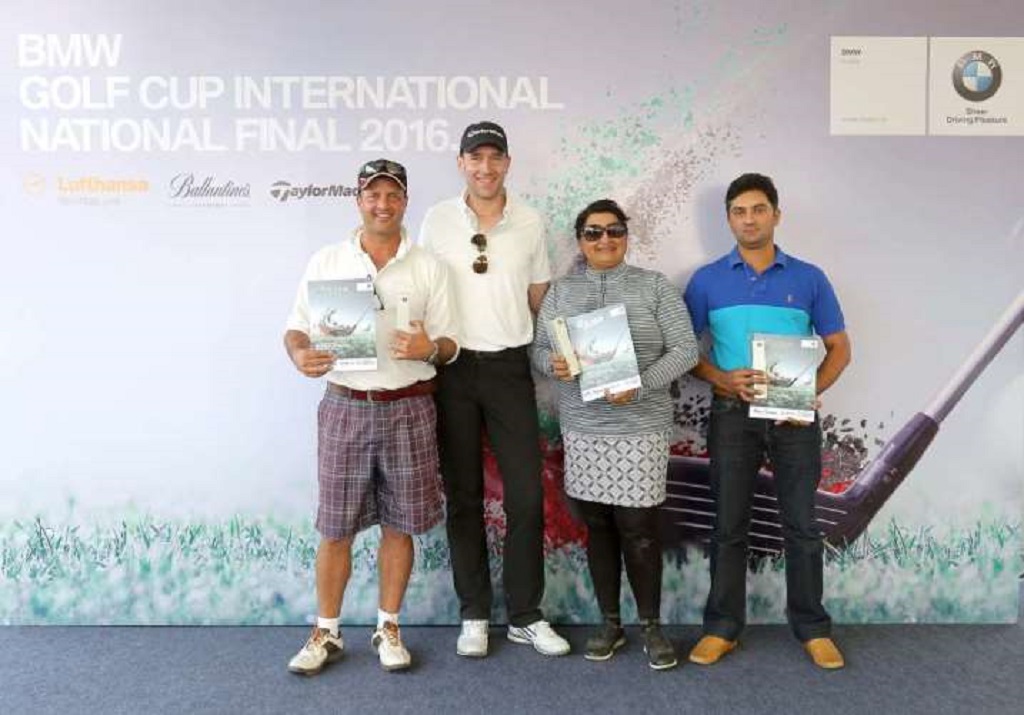 Winners to participate in the prestigious World Final in Dubai.

BMW India held the National Final of BMW Golf Cup International 2016 at the DLF Golf and Country Club in Gurgaon on 26 November 2016.

India’s iconic golf player Mr. Shiv Kapur felicitated the national winners for their stellar performance on the course. The winners of the National Final will participate in the World Final of the BMW Golf Cup International which is scheduled to be held in Dubai from 5-10 March 2017.

India is one of 50 participating countries at the World Final of BMW Golf Cup International 2016 which is a global series with 1,000 qualifying tournaments involving 100,000 players.

Mr. Frank Schloeder, President (act.), BMW India said, “BMW’s association with golf has been a long-standing one and we are delighted to present the sport of golf and its many valuable attributes to a broader audience across India. The world of amateur golf in India is fostered progressive development and exemplifies the advancement and legacy of the sport. The BMW Golf Cup International fascinates not just our customers and prospects but also other patrons of the game. We have seen impressive golf this year and look forward to host the next season of BMW Golf Cup International in India.”

An exclusive, invitation-only event, the BMW Golf Cup International 2016 is an amateur golf tournament series designed for customers, prospects and opinion leaders and provides the right mix for an exclusive social interaction.

#2Irresistible: The first-ever BMW 2 Series Gran Coupé launched in India. Stylish entry into the world of joy with the only gran coupé in its segment. Captivating design with long, flowing silhouette and frameless doors. […]

Mr. Kapil Kapoor received the BMW 320i by winning the ongoing BMW hole-in-one challenge at the DLF Golf and Country Club, Gurgaon. Mr. Kapoor scored the hole-in-one on April 11, 2009. Golf enthusiasts in Delhi […]