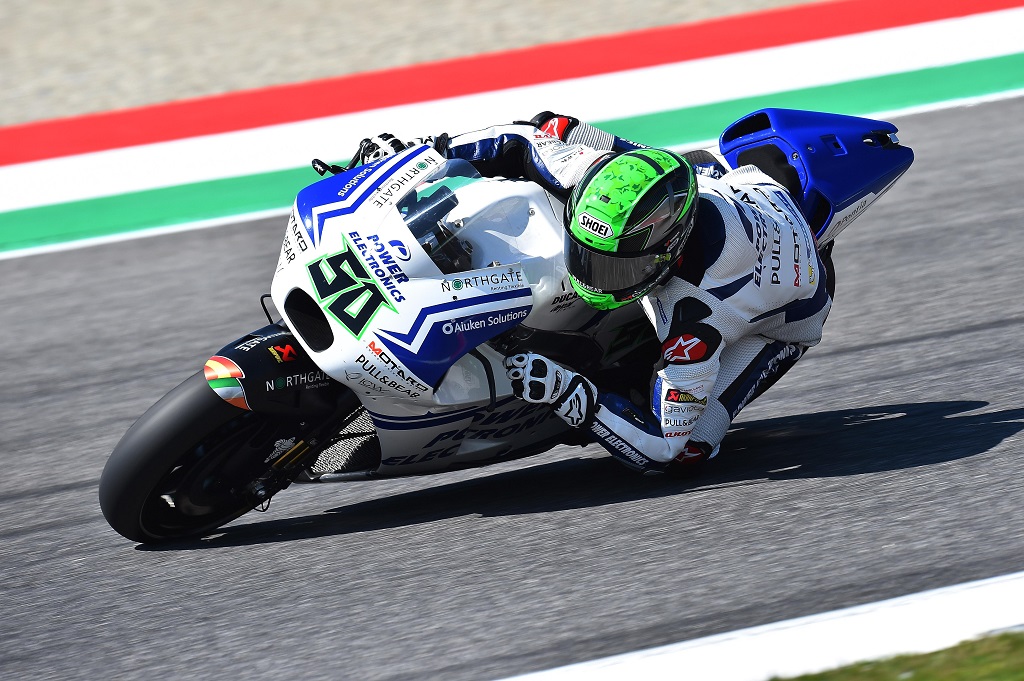 Michelin will be making one of its shortest journeys on the MotoGP™ calendaras it heads across the Spanish border and towards Barcelona for the Catalunya Grand Prix to be held at the Montmélo circuit.

The Catalonian Grand Prix is round seven of the championship and a race that really matters, as it is the ‘home’ event for Dorna – the company that runs MotoGP – as well as for many riders and teams. The honour of putting on a good show for all involved – in front of the very partisan and excited crowd – adds another twist to what is always an electrifying atmosphere.

The Circuit de Catalunya is located 20km north of Barcelona, near the town of Granollers and is a venue that features a mixture of a kilometre-long straight, fast turns, elevation changes, hard braking zones and a huge grandstand that will be filled to capacity on race-day. The 4,727m circuit has a fast and challenging layout, including many long, high-speed turns that see the riders on the edge of the tyre for extended periods of time. With eight right-hand corners – most of these the fast turns – and five left-hand bends, Michelin will take asymmetrical rear tyres, featuring a harder right shoulder, designed to work with the high temperatures that the sweeping curves will generate.

The MICHELIN Power Slicks will also need to cope with lower grip levels at Montmélo than are experienced elsewhere and compounds specially developed to cope with this will be used during the weekend. For this race the soft (white band), medium (no band) and hard (yellow band) front slick will be available, and these can be paired with the soft (white band), medium (no band) or hard (yellow) rear tyres, giving all riders the option of three front and three rear compounds. The Michelin Power Rain and Power Inters will also be available to cope with any changeable or wet conditions.

Michelin will start its preparations for Sunday’s 25-lap race with two free practice sessions on Friday, when all riders will be aiming to set fast times to qualify for Saturday afternoon’s qualifying sessions.  Round seven of the 2016 MotoGP World Championship will get underway at 14.00hrs local time (14.00hrs CEST, 13.00hrs BST, 12.00hrs GMT/UST) on Sunday 5th June.

“Montmélo is a magnificent circuit and one that has seen some great battles in the past. With its fast corners featuring several sequences of turns, a long straight and heavy braking zones it is certainly a track that will test the tyres to the full. Grip can also be compromised as the heat increases so this is something we need to take into account, along with some of the bumpy sections where the bike settings will need to be dialled in perfectly to get the best performance. We had a good result at Mugello and the tyres performed very well, with this in mind – and the conditions expected in Barcelona – our tyre allocation will be very similar to the one we used in Italy. We have some different compounds to use this weekend, which are more suited to the Catalonian circuit and as always we will be monitoring our rubber very closely to make sure the riders have the optimum performance. All of these combinations will make for a very interesting race and when you add in a number of Catalonian and Spanish riders that class this as their ‘home’ Grand Prix, it will certainly make for an exciting and entertaining event. It is also very close to France so we will expect many French supporters there and adding to the passion that is always on display at Montmélo.”

Michelin ready for the season opener under the lights of Qatar

Michelin will be heading to the Losail International Circuit for its return to MotoGP™ as the series kicks off under the floodlights at the Qatari track on Sunday 20th March. Following three informative pre-season tests […]