Promotes Its Boundless Love for Sportsmanship and Commitment Through the Esteemed Collaboration in T 20 League, 2020 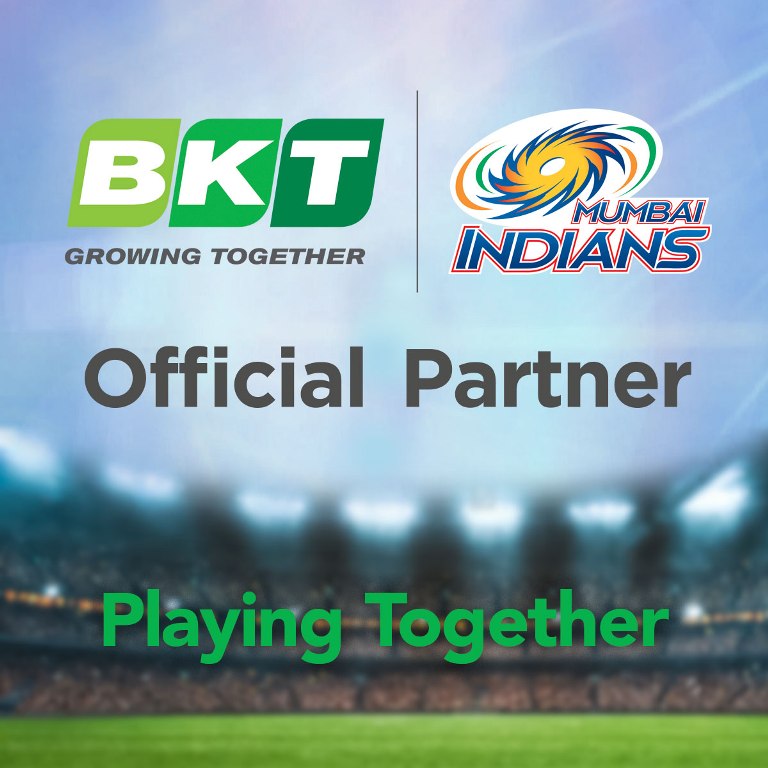 India, September 14, 2020: Balkrishna Industries Ltd. (BKT Tires), the Indian multinational group and global player in the Off-Highway tire market will be sponsoring the reigning team, Mumbai Indians in the upcoming T 20 League 2020. The tournament is scheduled to commence on September 19, 2020. The partnership is symbolic of BKT Tires’ support and love for the game of cricket.

Whether it is about cricket, football, or the amazing stunts at Monster Jam – BKT loves sport because it fully reflects its corporate philosophy: commitment and determination, the joy of achieving goals, the feeling of satisfaction and contentment when being rewarded for all efforts aiming at always higher and greater ambitions.

In particular, BKT has been supporting Indian sports, since it never forgets its origins. The company had for instance a partnership with Patna Pirates, Puneri Paltan, Tamil Thalaivas, U Mumba, Gujarat Fortune Giants, U.P Yoddha, Dabang Delhi, and Haryana Steelers Kabaddi in the 2019 season – eight out of twelve teams of the Pro Kabaddi League. BKT is also collaborating with Tamil Nadu Premier League.

“BKT is unstoppable when it is about sport and we are truly overjoyed to be partnering with the only four-time IPL Champion, Mumbai Indians. Cricket is a very popular sport in India and we are proud to be associated with a team that has been so closely connected with the legendary sports Icon Sachin Tendulkar. We believe in sharing values such as resolution, fair play, persistence, and self-confidence as well as the awareness of one’s limits. We are a keen supporter of several national sports all around the globe, but it fills me with immense pleasure that we are now supporting such a significant sporting event in India,” Mr Rajiv Poddar, Joint Managing Director of BKT, states.

The spokesperson of the team Mumbai Indians stated, “We are pleased to be associated with Balkrishna Industries Ltd. as part of this season’s campaign. At Mumbai Indians, we are committed towards achieving excellence to create an ecosystem of the sport, also inspiring our global audience. Similarly, BKT Tires have been consistently involved in promoting sports across boundaries. This association signifies a partnership between two entities with the same vision.”

The multinational group from India supports and follows many sporting events actively all over the world. BKT has been the Official and Exclusive Tire Manufacturer for Monster Jam, the thrilling American motor show, since 2014. BKT has also been title sponsor of several European football competitions, including the Serie BKT, the B football league in Italy, the Ligue 2 BKT in France, and last but not least, the company has become Official Global Partner of LaLiga, the top tier Spanish football division. All sport events are selected based on a precise strategy aiming at greater user proximity and increased brand awareness, assisted by IMG Reliance, the exclusive sports consulting agency for BKT in India.