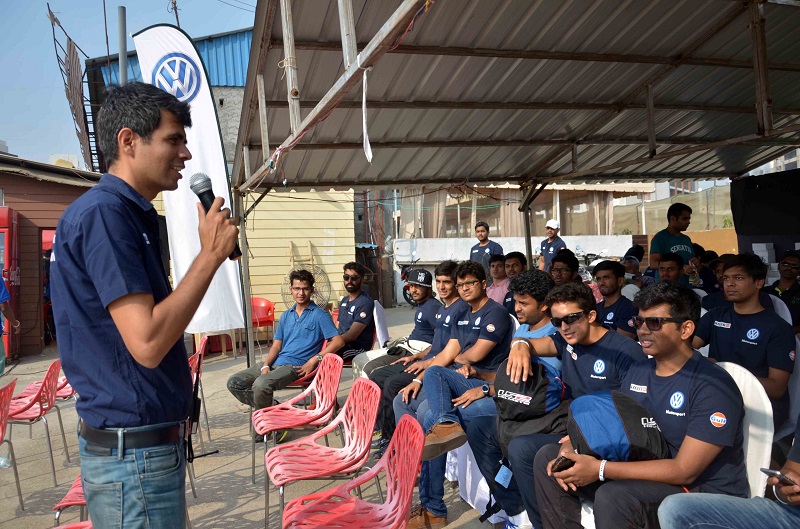 Volkswagen Motorsport India concluded the driver selection process for its upcoming season of Vento Cup in Pune last week. The selection process gathered an overwhelming response receiving over 560 entries from across the country and lasted for over 45 days. Out of these 560 entries, 62 racers made it to the final round of the selection process and were invited to Pune’s Indi Karting Track for a two-day final selection process. After being judged on various criteria such as fitness, driving skills, grasping and learning ability and discipline, final 12 were selected for the Vento Cup 2016 season.

Eight drivers from previous seasons of Volkswagen Motorsport India’s Vento Cup and Polo Cup will complete the grid of 20 along with the 12 new drivers. The grid comprises of 20 drivers in all who hail from 11 different cities. The final drivers of the 2016 season will now undergo a Fitness Camp and a Pre-Season Testing before the first competitive round of the year.

Mr. Sirish Vissa, Head of Volkswagen Motorsport India, commented “Every year we receive a number of entries from aspiring racers showing their willingness to participate in the Vento Cup. It has been Volkswagen Motorsport India’s goal to develop and nurture young talent since its inception in 2009 and we are happy that we are able to coach so many drivers every year and provide them with a strong and robust platform like the Vento Cup.” He further added, “This year too we witnessed some very talented individuals who are willing to learn the skills of racing and make their mark in Motorsport. We have selected 12 new drivers this year who will join eight drivers from our previous seasons and battle for championship honours. Interestingly 17 drivers are up to the age of 26 years, which is good because they are the young ones whom we really want to groom.”

Volkswagen Motorsport India will run its premium one-make touring car racing series Vento Cup as a part of the 2016 MMSC FMSCI Indian Racing Championship. The 2016 season will comprise of a total of four rounds across three race tracks in India – Kari Motor Speedway,

The following drivers will form the grid of the Volkswagen Vento Cup 2016*:

–     The first-ever Volkswagen Virtual Racing Championship (VW-VRC) to have 28 participants: Contestants from across the world underwent a tough selection process before the final participants were selected for the inaugural season of VW-VRC –     Volkswagen Motorsport […]