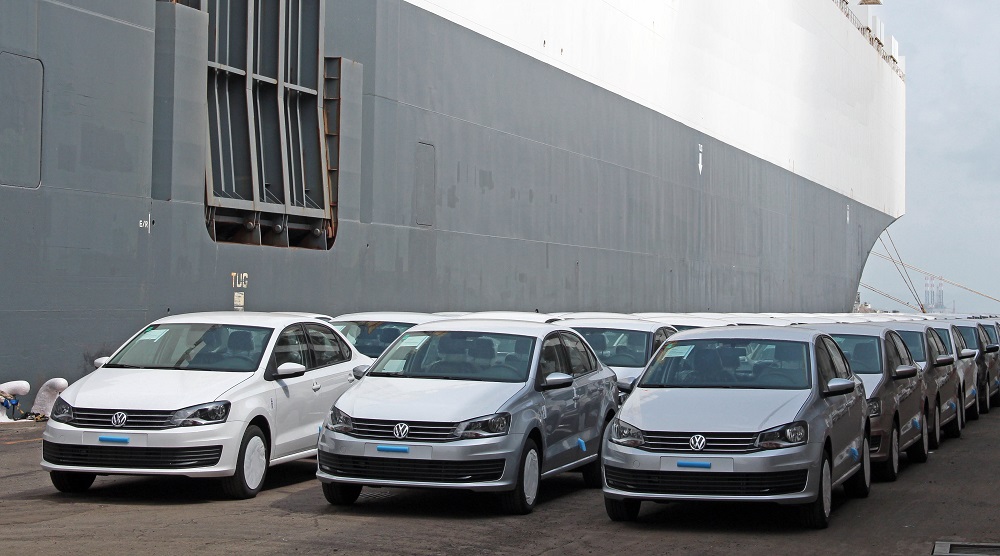 Volkswagen Argentina has launched the ‘Made-in-India’ Vento on 10th November 2015 where it will be sold as the ‘Polo’. Manufactured at Volkswagen Pune Plant, the Indian made car’s entry in the South American market marks yet another major milestone for the company in its export business. This export milestone underlines Volkswagen India’s commitment towards producing top-notch quality for global markets.

Volkswagen Argentina showcased the ‘Made-in-India’ Volkswagen for the first time at the Buenos Aires Motorshow in June 2015. The visitors at the show immediately appreciated the car for its ever-green design and top-notch build quality. Volkswagen Argentina will sell the car built at Pune Plant as the Polo with a 1.6-litre MPI petrol engine with five-speed manual as well as 6-speed automatic gearbox. The car will be made available with 105 PS peak power in the South American Market.

Dr. Andreas Lauermann, President & Managing Director, Volkswagen India Private Limited, commented: “Volkswagen India builds highest quality cars at its Pune Plant. We have been exporting to numerous markets across the continents of Asia, Africa and North America. By entering Argentina, we not only now continue our endeavour to deliver top notch products around the world, but also establish ourselves in a new region and a market which has a strong Volkswagen presence.”

Volkswagen India started exporting cars from its Pune Plant in 2011 with the first export market being South Africa. Since then, the export operations of Volkswagen India have expanded to over 35 countries across four continents of Asia, Africa, North America and South America. The range of cars being exported includes left-hand drive as well as right-hand drive cars. Additionally, Volkswagen India also exports parts and components of its cars to Malaysia which are assembled there for the Malaysian domestic market. Volkswagen Pune Plant has produced over 156,000 cars for export till date.

Emission-free mobility for all: sales of ID.3 start on July 20

– From July 20, the ID.31 can be ordered through dealerships in many European countries – Seven pre-configured models and two battery sizes available – All models eligible for full subsidy of €9,480 in Germany – […]

–     Integrated services to bring convenience and peace of mind: The new state-of-the-art unit is a split facility offering sales, service and spares all under one roof for a trusted and hassle-free experience –     Accessible services: Customers can access […]