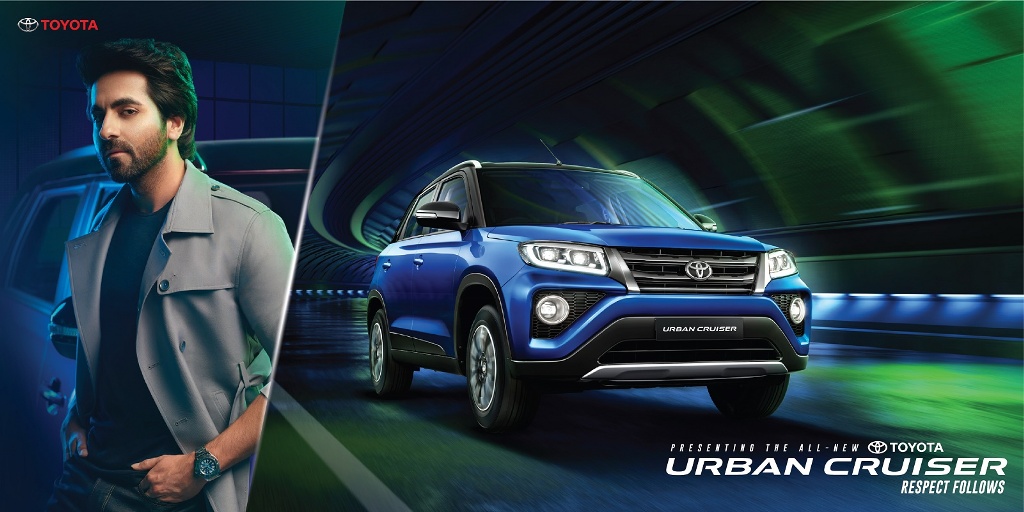 A caricature series based on Urban Cruiser brand ambassador Ayushmann Khurrana, to drive home the message of #Respect & to engage Toyota customers & fans

Bangalore, 23rd December 2020: Toyota Kirloskar Motor (TKM) today unveiled ‘Adarshmann’, a novel cartoon strip whose protagonist is based on the leading Bollywood star, youth icon and Toyota Urban Cruiser brand ambassador, Mr. Ayushmann Khurrana. The cartoon series to be released on TKM’s social channels feature Ayushmann as a character who talks about the message of #Respect.

In the series, Mr. Ayushmann’s character together with #UrbanCruiser help people find the right way to earn #Respect. Based on the concept of ‘contest and create your own’ activities, the Adarshmann campaign comprises exciting contests and activities for fans of Mr. Ayushmann and Toyota Urban Cruiser.

Talking about this association with Adarshmann, Mr. Ayushmann Khurrana, said, “I have always believed in delivering fresh ideas through new and emerging formats. Therefore, I was excited with the concept of Adarshmann as a platform to connect with the fans to talk about respect as an extension to the successful brand campaign for Urban Cruiser. I’m glad to take forward this campaign and keen to engage with the audience in this new avatar.”

Giving more insights into the new initiative, Mr. Naveen Soni, Senior Vice President, Sales and Service, TKM, said, “The idea behind Adarshmann was to leverage new-age tools to convey the story of respect in a fun and engaging format while delivering key messages on safety and wellbeing among others. And who better than Mr. Ayushmann Khurrana, who embodies the brand promise of Urban Cruiser, to tell the story of respect. We are excited and hope our customers and fans of Mr. Ayushmann will thoroughly enjoy the series. Adarshmann provides an opportunity to delve into the ethos of the brand and its ambassador.”

The Urban Cruiser, Toyota’s Youngest Urban SUV, which was launched during the festive season in September 2020, has earned the trust and admiration of customers in a short period. Mr. Ayushmann Khurrana who is the brand ambassador for the compact SUV has been an integral part of various campaigns in electronic and print communications helping endear Brand Toyota to young achievers. The belief that respect cannot be demanded; it must be earned is at the core of Toyota Urban Cruiser’s communication campaign.

Customers can now avail 100% On Road Funding for 8 Years with ZERO down payment Benefits under the campaign extended to Corolla Altis            Bangalore, 14th December 2017: In its endeavor to enhance […]

TKM has constructed 5 schools till date in Ramnagara district Toyota’s initiative in the area of education aimed at promoting healthier learning environment and reducing school dropouts in the district Mr. H.C. Balakrishna, MLA – […]