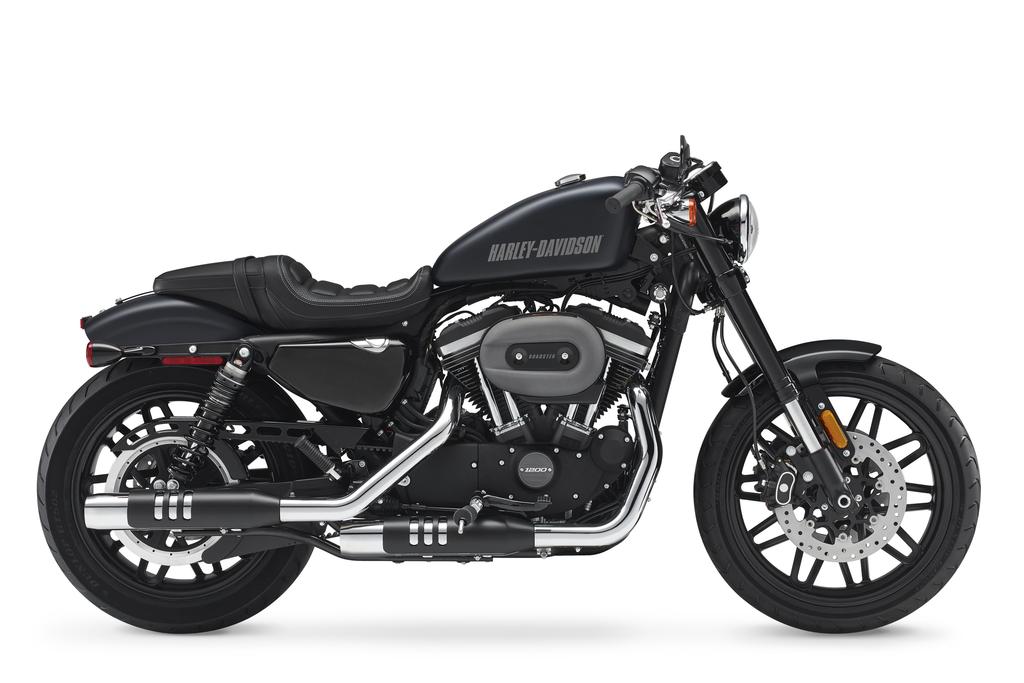 Born out of competition the Sportster’s journey has been hard-fought – on the racetrack and in showrooms – and is a story of constant evolution. And for a motorcycle with such a long view back in time, it still points the way forward today.

The Harley-Davidson® Sportster™ has been in continuous production for 60 years, quite a feat when you consider how much the world has changed since it debuted – tagged with its own name, very unusual for H-D at the time – in 1957.

Born out of increasing competition from British manufacturers it used the K model (1952-56) with its unit construction crankcases but replaced the side valve heads of the 55ci (883cc) engine with overhead valves. It also retained the front and rear hydraulic suspension, advanced for the time.

Designated XL the Sportster platform instantly proved its worth, in terms of sales and potential for adaptation. And as such it’s a motorcycle that’s constantly evolved, responding to market needs as well as setting trends.

In India, the Sportster platform boasts of the Iron 883™, 1200 Custom, Forty-Eight® and Roadster™. The Harley-Davidson Roadster is the newest addition to the popular Sportster family of motorcycles in the country. With a minimalist, fastback design inspired by classic racing motorcycles, the nimble Roadster is designed to inspire a new generation of riders to take to the streets. Roadster is also part of Harley-Davidson’s Dark Custom motorcycles, a movement that expresses the rogue roots of Harley-Davidson. It’s inspired by the spirit of the rebel riders of our past and updated with modern style reflecting the Harley-Davidson soul. Dark represents the blank canvas that makes Dark Custom motorcycles an ideal choice for riders seeking a stripped down, minimalist machine ready to customize.

The XR750: Beautiful, brutal and built to win

Through the ‘60s the Sportster gently moved with the times and by the end of the decade the XLH had gone gently custom. But 1970 saw the advent of the legendary XR750. Brutally beautiful the XR750 was built to conquer dirt or Tarmac; a 1969 rule change allowed 750cc OHV engines to race in the US and H-D needed a competitive bike. The XR750 was it, and went on to prove the ultimate winning machine.

Cal Rayborn at the ’72 Trans-Atlantic races on the Brands Hatch short circuit, riding a revised version of the XR750 won 3 out of the 6 races, set a new lap record and amazed everybody watching.  And for three decades in American Dirt Track racing the XR-750 carried racers into the winners’ circle and record books. Racers like the ever-popular, near-legendary Jay Springsteen, Chris Carr, Ricky Graham, Mert Lawwill and Kevin Atherton have thrilled fans astride the thundering XR. And who can ever hope to match the nearly one hundred victories of nine-time champion Scott Parker, mostly on XRs?

The 1972 XL used a 1,000cc version of the familiar ‘Iron Head’ engine. By 1976 the gear change had moved to the left and the rear brake to the right. In 1977 the XLCR (Café Racer) reset expectations and with its XR750-inspired rear suspension, new frame, triple disc brakes, cast aluminium wheels and rearset footpegs was the sportiest Sportster ever made up to that point.

1983 saw further emphasis on performance with the advent of the XR1000, created by grafting the XR750 engine’s cylinders and heads onto the existing Sportster bottom end – it was the nearest thing to a road-going XR750 you could buy.

By 1986 the Iron Head Sportster engine was consigned to the history books, thanks to the introduction of the Evolution Sportster engine in two capacities; 883cc – with an identical bore and stroke to the original ’57 design – and 1100cc (this was replaced two years later with a 1200cc engine). 1987 also saw introduction of the XLH883 Hugger, recognition both of riders with shorter inseams and the growing demographic of female riders. All Sportsters got 5-speed gearboxes in 1991, and all but the base 883 gained belt final drive.

In 2000 the XL1200S Sportster Sport was fitted with dual four-piston brake calipers, and another at the rear and the handsome 2002 XL883R featured a sleek 2-1 exhaust, twin discs up front and low handlebars. In 2004 all Sportsters got a new frame design and rubber mounted engines and in 2007 fuel injection replaced carburettors.

Recognizing the need for something extra in 2008 Harley-Davidson introduced the XR1200, a Sportster with a 90bhp engine, USD front fork and powerful brakes, lightweight cast aluminium swingarm, modern instruments and rearset footpegs. Also that year the Nightster wore its black rims and stone-grey engine finish stealthily, but the other detail – most familiar today – is the LED stop/tail light incorporated into the rear indicators.

By 2010 the roots of the modern Sportster lineup were emerging, starting with the XL883N Iron, which became the base model, and the stripped back bare and bobbed XL1200X Forty-Eight – which wore a peanut tank based on the 1948 Model-5 design – from where it also drew its name.

Two years later the XL1000V Seventy-Two brought authentic chopper attitude to the Sportster range once more, alongside the more laid-back custom style of the XL1200C. All four bikes referenced the Sportsters of the late ‘50s and ‘60s that, themselves, had taken their styling cues from even earlier in the last century. Which for Harley-Davidson – a manufacturer with a back catalogue that goes back to 1903 – is just as it should be.

The Iron 883 and Forty-Eight were heavily revised with uprated suspension and ABS braking in 2016, pairing the most authentic old-school style with modern chassis ability and, celebrating 60 years of thrills the 2017 XL1200CX Roadster adds a whole new performance dimension with its 43mm USD forks, premium shocks and powerful front brakes.

So while things change, some things also stay the same – 60 years of the Harley-Davidson Sportster proves that.

10 Harley-Davidson experiences to indulge in at Goa

Mark your calendars February 18th – 20th, 2016 Mumbai, February 16, 2016: Goa is set to play grand hosts to thousands of motorcycle enthusiasts who make the journey to the city of sun, sand and […]