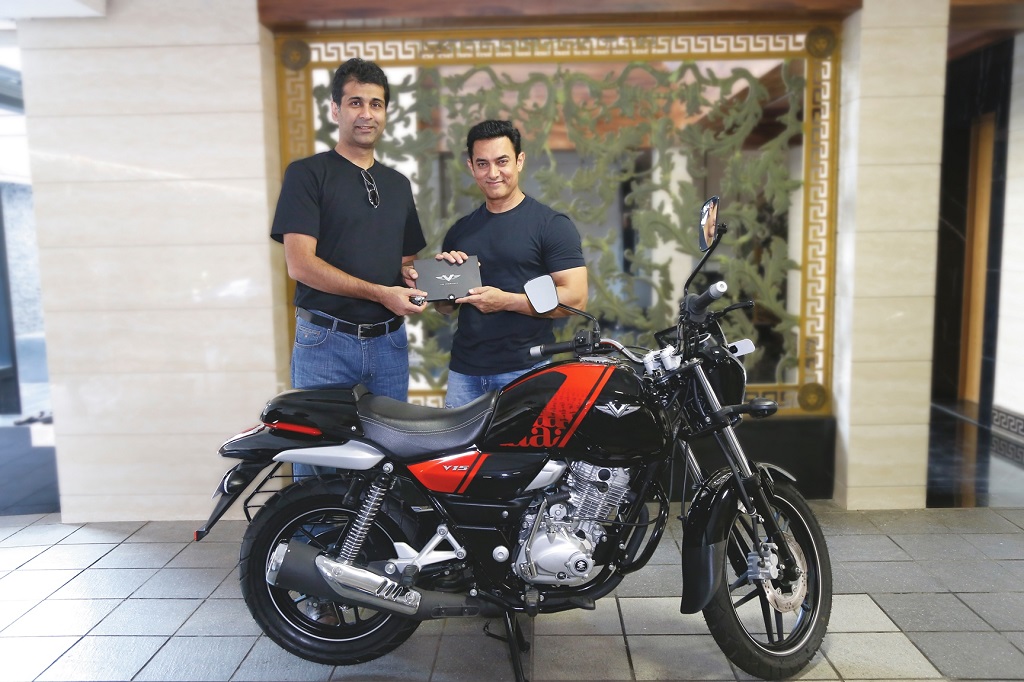 Bajaj to ramp up V production by September 2016.

Mumbai, July 2016: Bajaj Auto India’s leading two-wheeler company today announced a stellar milestone of selling one lakh Bajaj V bikes within just 4 months since launch. The Bajaj V crafted from the metal of INS Vikrant, has emerged as one of the most sought-after 150 cc commuter bike in the country since its launch earlier this year. More than one lakh Indians are now proud owners of a piece of India’s proud naval history in the form of the Bajaj V.

Following its launch, the V clocked 20,000 bookings from across the length and breadth of the country. In the month of April, Bajaj V entered the list of top 10 selling motorcycles in India. The Bajaj V now averages 25,000 bikes per month and has helped Bajaj Auto to increase its overall market share in the premium commuter 125cc+ segment by 10%.

Commenting on the milestone, Mr Eric Vas, President (Motorcycle Sales), Bajaj Auto Ltd, said “The invincible V was launched with the intent of giving a piece of history to every Indian. We are thrilled with the overwhelming response from the Indian customers. We are ramping up the production by September as we are very positive that these numbers will only continue to grow and sustain the Bajaj V as one of the bestselling premium commuter motorcycles in the country.”

The Bajaj V is a 150cc commuter bike differentiated by its solid form and stand tall proportions. It offers a unique Neo-Classic styling, with a large contoured fuel tank which projects strength and solidity. Powered with a 149.5cc, single cylinder, four- stroke, SOHC 2 valve, Air cooled, DTS-i engine it churns out maximum power of 12bhp @7500 rpm and maximum torque of 13NM @5500rpm.

The launch of V was announced by Bajaj in February this year. Deliveries of the bike started on 23rd March with 10,000 customers driving away with it on the first day of availability. It even caught the eye and attention of India’s most celebrated actor Amir Khan who now owns a piece of history having purchased the Bajaj V in April 2016.