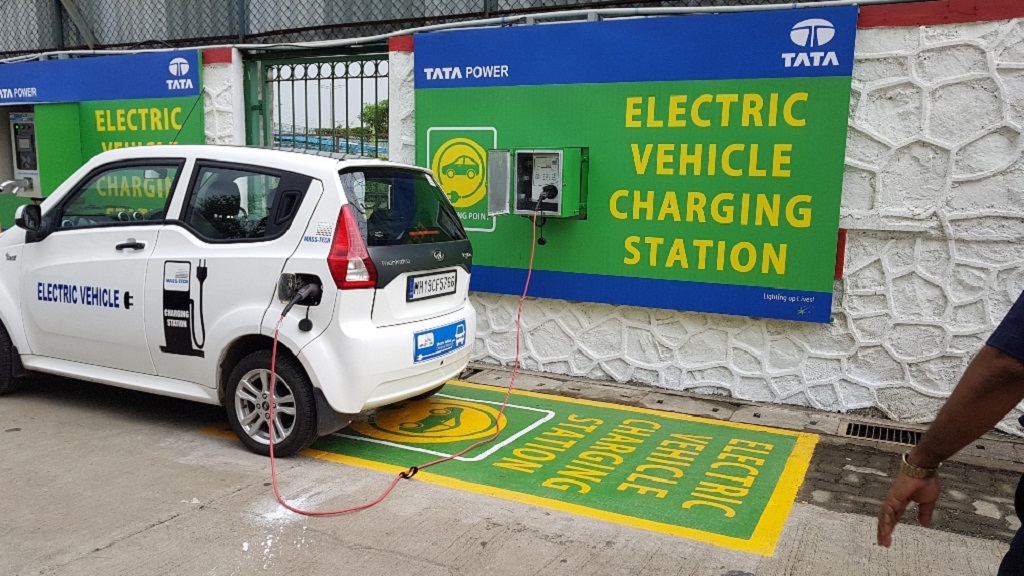 Mumbai, 21st August, 2017: Tata Power, India’s largest integrated power company, has been a frontrunner in technology adoption and innovation while also setting benchmarks in sustainability. As part of its commitment towards sustainability and another green milestone, the Company has installed their first Electric Vehicle charging station at Tata Power Receiving Station at Vikhroli, Mumbai.

Tata Power’s aim is to build a network to make it easier for people to adopt to EVs and be future ready. Such an adoption of smart charging infrastructure will help the country achieve its ambitious plan of mass scale shift to electric vehicles by 2030. Pioneers of this vision, Tata Power has taken this initiative of providing charging stations along with Mass – Tech Controls.

Commenting on the same, Mr. Anil Sardana, CEO & MD, Tata Power, said, “We are proud and happy with the launch of Electrical Vehicle Charging stations as Tata Power continues to set a high standard in adopting sustainable practices by using innovative technology, providing customers access to energy-efficient processes. We are moving towards clean power for all and it is our endeavor to provide best of the solutions for our country to achieve a greener tomorrow”.

These chargers would facilitate electric car users to charge their cars (Battery Electric Vehicles such as the Mahindra e2o, Nissan Leaf, etc) at any time safely and conveniently. The chargers can also monitor the car battery charging status and units consumed while charging a car. 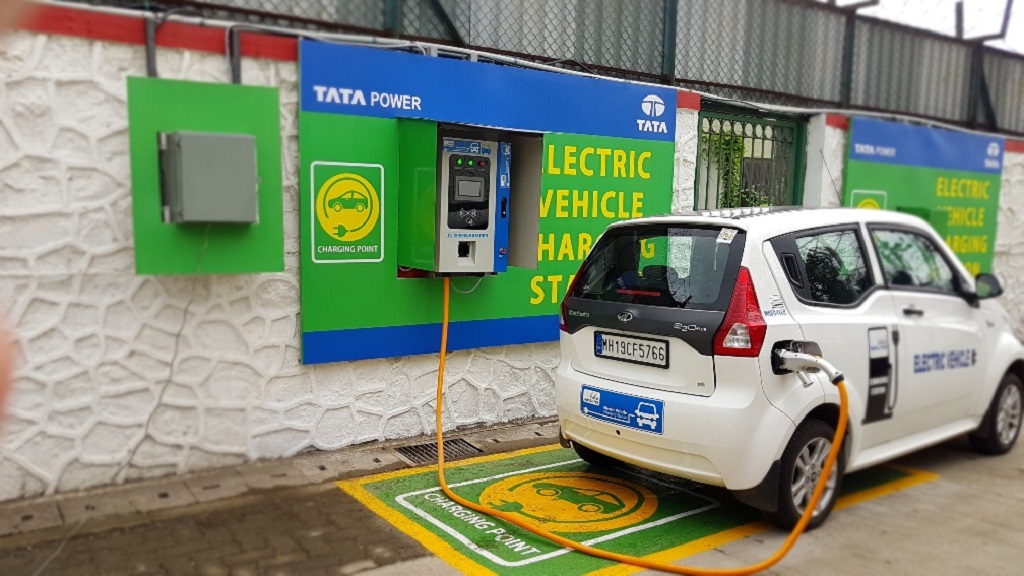 The company plans to set up charging stations at various locations in Mumbai and is already in discussions with various stakeholders.

Tata Power is India’s largest integrated power company with a growing international presence. The Company together with its subsidiaries and jointly controlled entities has an installed gross generation capacity of 10613 MW and a presence in all the segments of the power sector viz. Fuel Security and Logistics, Generation (thermal, hydro, solar and wind), Transmission, Distribution and Trading. It has successful public-private partnerships in Generation, Transmission and Distribution in India namely “Tata Power Delhi Distribution Limited” with Delhi Vidyut Board for distribution in North Delhi, ‘Powerlinks Transmission Ltd.’ with Power Grid Corporation of India Ltd. for evacuation of Power from Tala hydro plant in Bhutan to Delhi and ‘Maithon Power Ltd.’ with Damodar Valley Corporation for a 1050 MW Mega Power Project at Jharkhand. Tata Power is serving more than 2.6 million distribution consumers in India and has developed the country’s first 4000 MW Ultra Mega Power Project at Mundra (Gujarat) based on super-critical technology. It is also one of the largest renewable energy players in India with a clean energy portfolio of 3141 MW. Its international presence includes strategic investments in Indonesia through a 30% stake in the leading coal company PT Kaltim Prima Coal (KPC), 26% stake in mines at PT Baramulti Suksessarana Tbk (“BSSR”); in Singapore through Trust Energy Resources to securitize coal supply and the shipping of coal for its thermal power generation operations; in South Africa through a joint venture called ‘Cennergi’ to develop projects in sub-Sahara Africa; in Zambia through 50:50 joint venture with ZESCO for 120 MW Hydro which has become operational in 2016; in Georgia through AGL which is a joint venture with Clean Energy, Norway & IFC for development of 187 MW hydro project and in Bhutan through a hydro project in partnership with The Royal Government of Bhutan. With its track record of technology leadership, project execution excellence, world class safety processes, customer care and driving green initiatives, Tata Power is poised for a multi-fold growth and committed to ‘lighting up lives’ for generations to come”.